Mexico And South Korea Will Stress, But That’s Why Sweden Needs Zlatan At The World Cup

Zlatan Ibrahimovic hasn’t played for Manchester United since getting the halftime hook in a 2-2 draw with Burnley back on December 26, and he wasn’t named in the club’s 18-man squad for Monday's win over Crystal Palace, but that doesn’t mean we should stop talking about the Swedish lion.

“For Zlatan we all think it’s his last season at Manchester United and will be a very personal decision for him to play or to stop,” Mourinho mused. “He is such an amazing player and had an amazing career that only that awful injury in the wrong moment broke a fantastic couple of seasons he could and should have with us.

“This season has been really difficult for him. Is he injured? No. Does he feel totally happy, ready and convinced that he’s in condition to help the team in this moment? No. But he’s such an honest guy and such a champion he only wants to get back with that feeling of, ‘I’m totally ready for it.’” 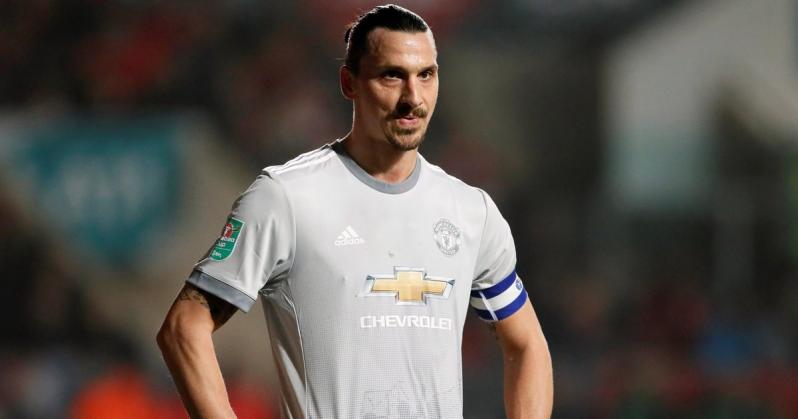 Where will he be this summer — MLS? The World Cup? Retired? Photo: @theScore | Twitter

Zlatan responded to the rumors last week in Stockholm, saying, “I did not know that several Swedes went to MLS. That means it’s tempting to play in the United States. Los Angeles is a nice city and I’ve been there a lot on vacation. It is laid back.

“I think it’s rumors all the time (about my future). When I play and when I do not play it is rumors. That’s good – that means I live.”

While Zlatan’s Manchester United departure could find the striker soon playing in MLS (the LA Galaxy are reportedly the preferred destination), there’s also the ongoing conversation about his international return.

During that visit to Stockholm, Zlatan told reporters that “I miss the national team. When you’ve played for 20 years and you get to see the others playing in the national team it’s hard. ... We’ll see; it’s a tough question. I want to feel that I can perform and give something back. I don’t want to come (to Russia) just because of who I am.

“The door isn’t closed for anything. But first I have to play; we can’t start focusing on the national team when I’m not playing. But I feel alive when all the talk is buzzing, so that’s good.”

Zlatan, of course, retired after Euro 2016 and played no part in Sweden’s qualifying campaign or upset of Italy in the playoffs, but could Sweden manager Janne Andersson really justify omitting Zlatan while sticking with the strikers he trusted throughout qualifying?

Andersson will likely name four forwards in his 23-man squad for Russia. Based on his previous selections, they’d be Marcus Berg, Ola Toivonen, Isaac Kiese Thelin and John Guidetti.

The 31-year-old Berg is a certain starter, and he’s played well for Al-Ain in Abhu Dhabi following his controversial move from Panathinaikos. 25-year-old Kiese Thelin has also played well for Waasland-Beveren in the Belgian top division.

However, worryingly for Sweden, only those two forwards have played and scored with regularity throughout 2017-18. Toivonen hasn’t played much for Toulouse in France, and Guidetti has managed only one goal in 16 La Liga appearances for Celta Vigo and Alaves.

Zlatan very clearly hasn’t been played off the Swedish squad, and his ability to drop into the attacking midfield role adds to his value as a substitute against the likes of South Korea and Mexico.

In the end, if Zlatan continues to be entirely absent between now and the World Cup, Andersson’s decision will be made for him. Zlatan won’t be included.

But if the 36-year-old gets some minutes and scores a few goals, the argument for keeping him off the team because of something that happened 218 days ago (Sweden’s victory over Italy —> their opener against South Korea) is preposterous — especially so when coupled with the dearth of options behind Berg and Kiese Thelin.