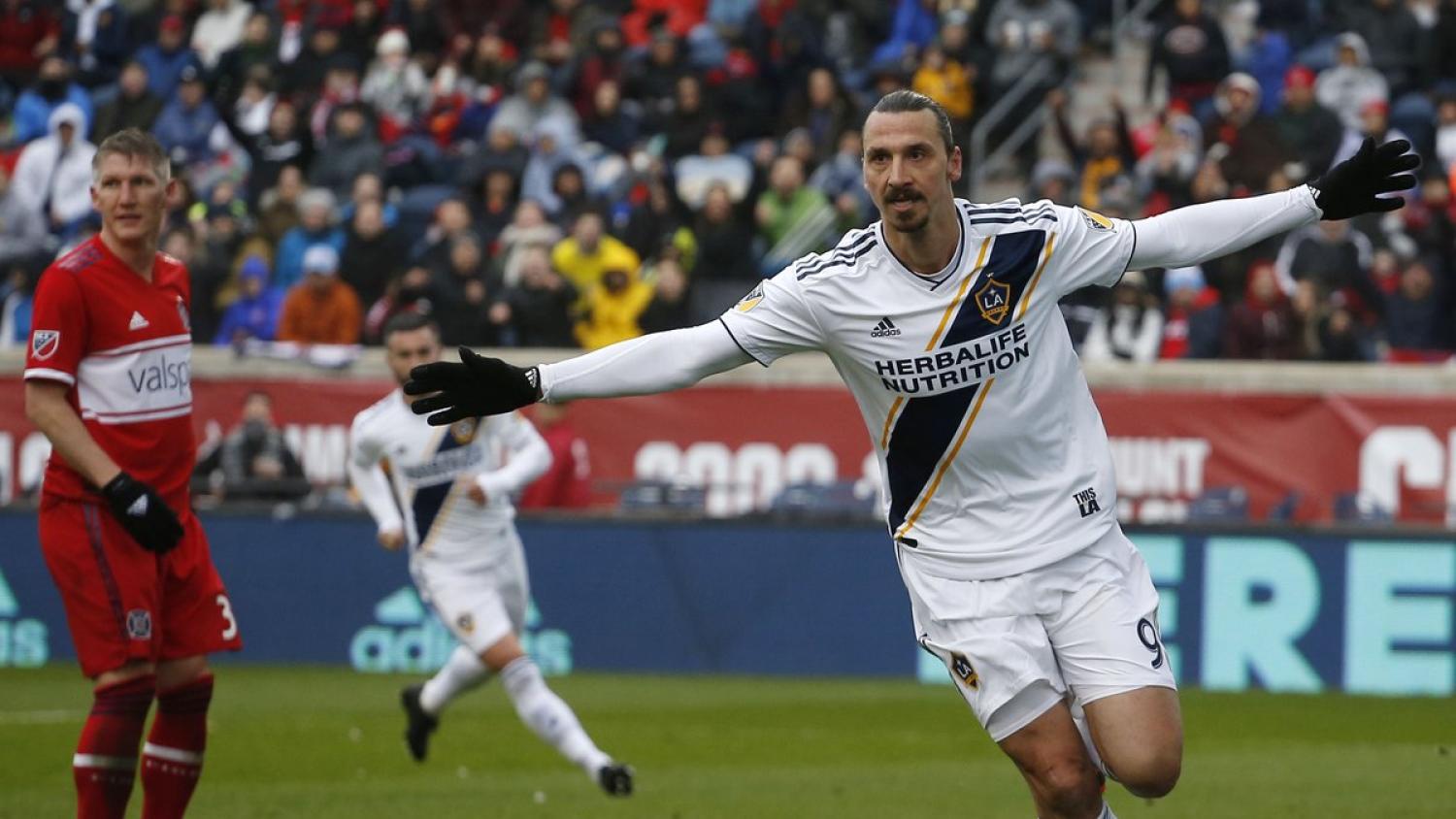 Zlatan Ibrahimovic started and scored for the LA Galaxy against Bastian Schweinsteiger and the Chicago Fire.
@SBISoccer | Twitter

Zlatan Ibrahimovic did it again. In his first MLS start, the big Swede scored the only goal in a 1-0 victory for the LA Galaxy over Bastian Schweinsteiger and the Chicago Fire on Saturday in the Windy City.

Zlatan scored in first-half stoppage time, using his head again to nod home a cross from Ashley Cole for the game’s only goal.

Was there really ever any doubt he'd score in his first career start in Major League Soccer? We think not.

Ibrahimovic scored twice in his debut as a substitute against LAFC on March 31. He also came on as a sub against Sporting KC last week, but was unable to score.

Ibrahimovic was subbed off with 10 minutes to go, but his work was done, outshining World Cup winning Schweinsteiger on the windy day.