USA player ratings vs. Iran: 3 guys who inspired, 2 who weren't at their best 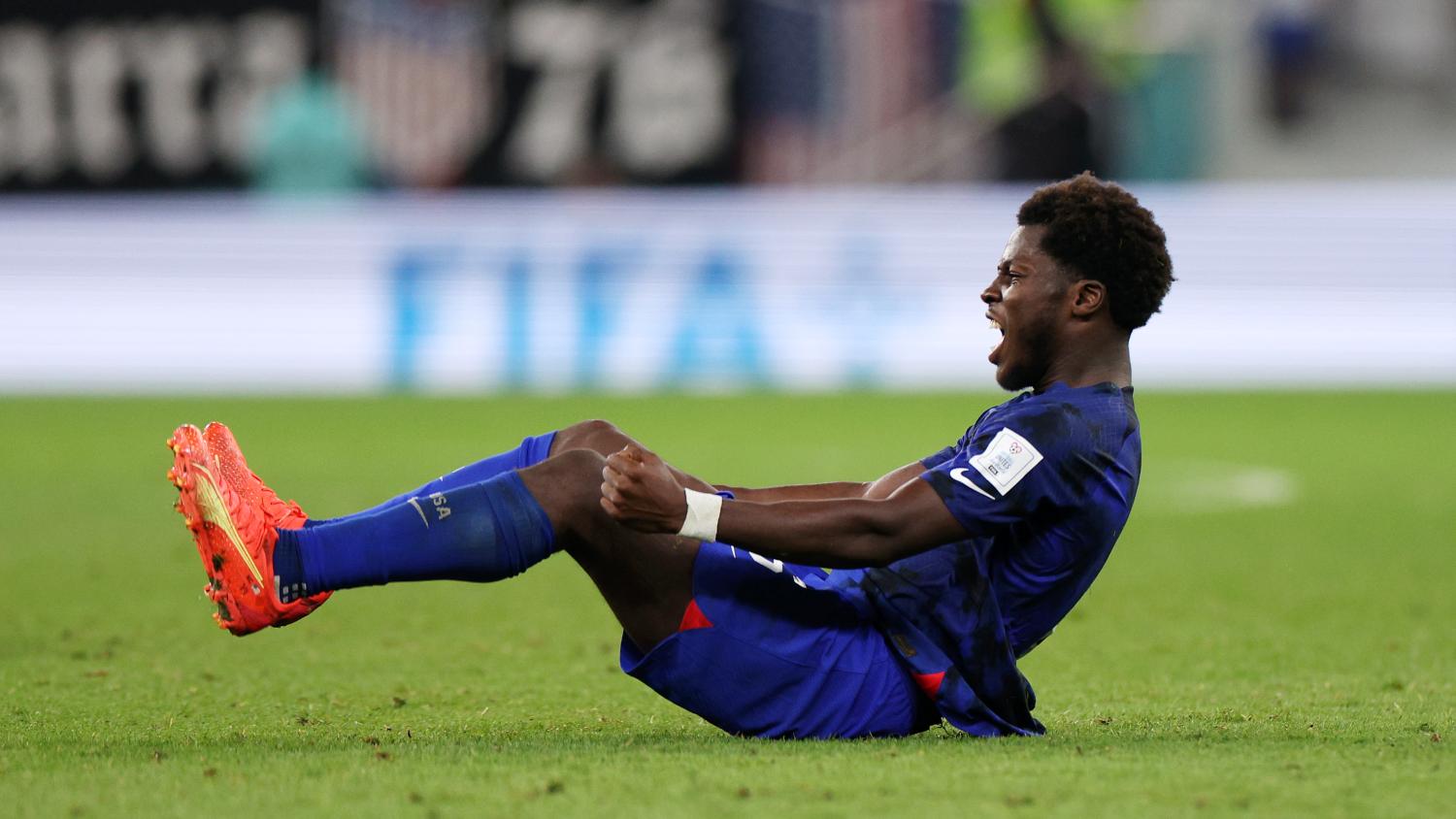 We're in the round of 16 and that's all that matters.
Getty Images

The United States held on for dear life and beat Iran 1-0 Tuesday to advance to the World Cup round of 16 while eliminating Team Melli. It looked like it would be a comfortable evening after Christian Pulisic put the U.S. up 1-0 in the 38th minute and with the Americans winning every individual duel on the pitch, but Iran dominated the final 20 minutes searching for an all-important equalizer.

It never came, and the U.S. now looks forward to a last-16 clash against the Netherlands on Saturday at 10 a.m. ET on FOX and Telemundo. Before that, we've got our USA player ratings vs Iran to enjoy.

Dream complete. Pulisic got his World Cup moment: a match-winning goal to send his country to the round of 16. He sacrificed himself for the cause, carrying on until halftime but not returning after the interval.

Hopefully he's ready to go Saturday, but he was reportedly taken to the hospital with an abdominal injury.

Tyler Adams has gotten much of the credit for his tireless displays in midfield, but Musah has matched the energy, commitment and quality of his partner. Today, on his 20th birthday, Musah was sharp with his passing (44 of 49 with one chance created), dangerous off the dribble and won a team-leading four tackles.

The key to shutting down the Netherlands in the last-16 will be clamping down on the genius of Frenkie de Jong, and with Musah, Adams and McKennie playing like they are, there's hope.

Another game, another Tim Ream masterclass. You could probably put Aaron Long next to him right now and we'd get a clean sheet. It makes it easier when your opponent's main tactic is appealing for comedic penalties and handballs, but you would do the same if you faced Ream in this kind of form.

2 guys with work to do

The changes to the starting 11 — Josh Sargent up top and Cameron Carter-Vickers at the back — worked really well. Then his two attacking changes during the match were forced by injury (Aaronson for Pulisic, Wright for Sargent), while the other three put the U.S. in a shell.

Kellyn Acosta for McKennie made sense since the Juventus midfielder was tiring, but then we had Shaq Moore and Walker Zimmerman. Iran had shown nothing — zero endeavor, zero creativity, zero ambition and they'd been more than happy to cede everything.

But the U.S. spent the final 20 minutes protecting its lead. Look at the five-minute possession intervals courtesy of MLSsoccer.com. We're absolutely bossing this thing until the final 15 minutes, then it all goes to hell with the changes. 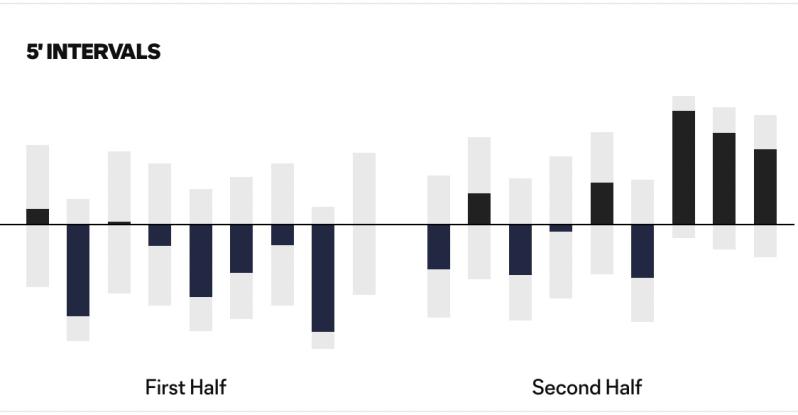 That's Iran on top and the U.S. on the bottom. Photo: MLSsoccer.com

If we're playing really well against the Dutch, leading 1-0 late, and we try to do this, we'll end up losing 3-1.

It should be said that we're also way too sporting. I don't think I counted a single instance of cramp (fake or otherwise) and we allowed Iran to establish a rhythm. If you're going to turtle, you need to employ the dark arts to disrupt the constant pressure.

Weah's club career has been marked by inconsistency, which isn't abnormal for a 22-year-old forward. It probably shouldn't come as a surprise but after two really good games in Qatar, Weah had his worst match against Iran. He dribbled over the byline twice instead of putting it into the area. Gio Reyna looked like an obvious option as early as the 60th minute, but Berhalter went all-out defense.

But Weah's offside goal — kissed off the far post and in — was cool.

An offside call rules out a potential second goal for the USMNT pic.twitter.com/mKGnvpQi0m