The United States has been eliminated from the World Cup — What happens now? 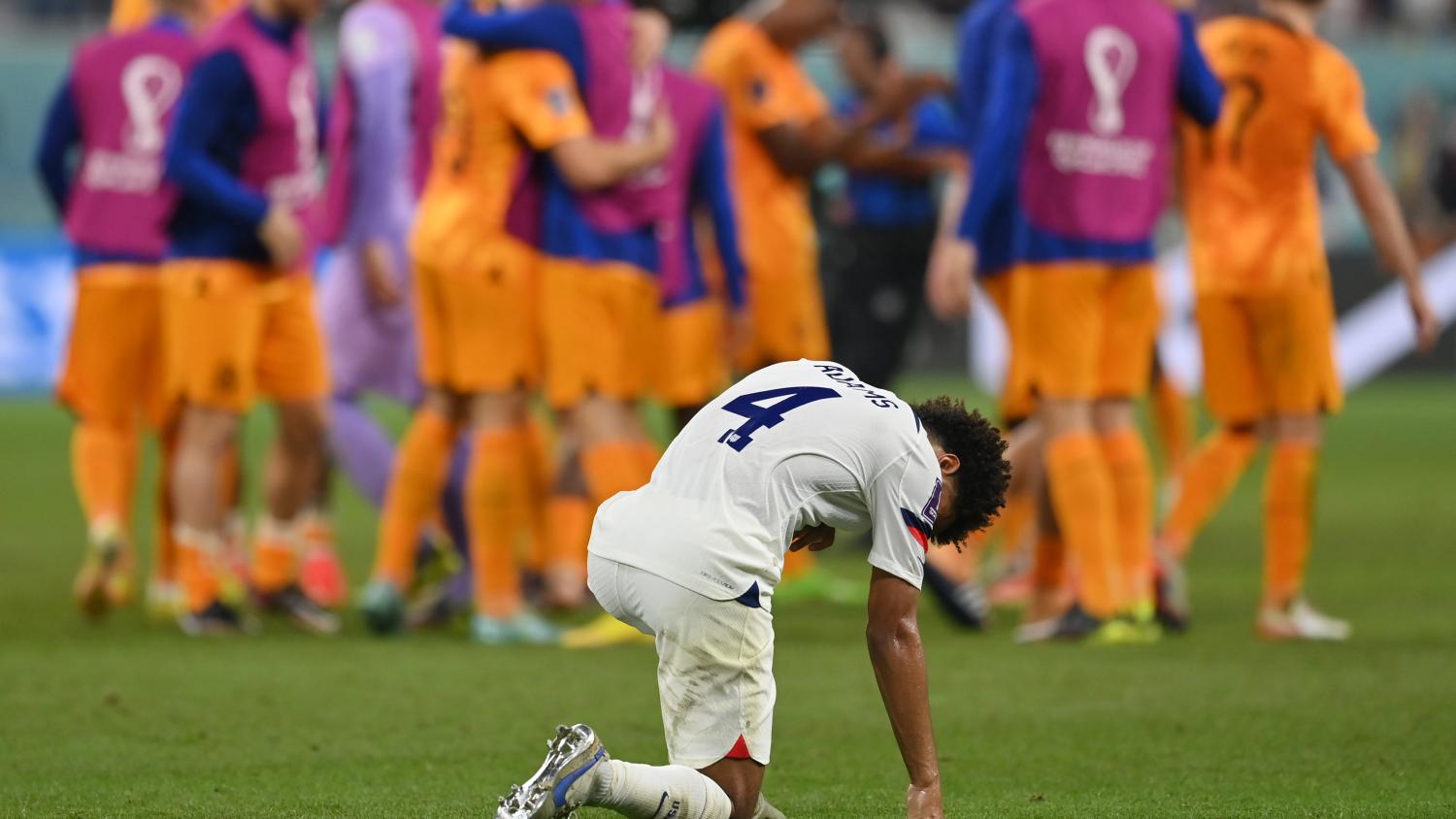 And just like that, it's over. The United States is sent packing after a 3-1 loss to the Netherlands in the first game of the knockout stage. The first World Cup since 2014 for the Americans gave fans much reason for hope, but it exposed the team's weaknesses as well.

Gregg Berhalter’s side looked off the pace in the first half, making uncharacteristic errors in almost every phase of play. Giveaways in possession, poor decision-making on the ball, inexplicably poor marking defensively and an inability to capitalize on chances highlighted what was simply a disappointing night for the United States.

The future is bright for the USMNT ⭐️

The Netherlands earn the victory and will progress to the FIFA World Cup quarterfinals!

Rewatch all the action in our 90' in 90" highlights ⬇️ pic.twitter.com/zHJ4WMGvsL

The defensive marking from the Americans was the Achilles heel, with the Dutch scoring all three goals from crosses into the box, finding unmarked attackers. Three. Separate. Times.

This team was lauded for having not conceded from open play once in the group stage and then capitulated against an organized and methodical Dutch attack.

Louis van Gaal’s side was fantastic on the day and deserves all the credit for their brilliant performance. The back line was organized defensively, protecting Andries Noppert extremely well, stopping crosses in the air and picking out interplay to stop the United States from playing inside the penalty area.

Both sides actually finished with similar expected goals, but the Dutch difference was their finishing. Three goals scored from 1.85 xG speak to the clinical nature of van Gaal’s counter-attacking sides. They created mismatches and targeted the American outside backs who have been more prone to errors defensively throughout the tournament. Many have said that good teams will punish the United States’ mistakes, but great teams make them happen and capitalize.

The Netherlands was content to defer possession and drop in behind and hit on the counter, playing to their strengths perfectly while also honing in on the Americans’ vulnerabilities. It showed exactly what a good manager is capable of when paired with an exciting and extremely capable team, as well as just how far behind Berhalter's tactics are.

THE @USMNT TAKES ONE BACK pic.twitter.com/ZaxPsw2pNU

Haji Wright’s mystifying finish gave the U.S. a glimmer of hope, but a third Dutch goal effectively sealed the loss and booked the flight back home for Berhalter and his team.

For once there's not something on the horizon, as the United States already knows they are qualified for the World Cup in 2026 as hosts. With that, the expectations will obviously be different. While Qualification is and should be a minimum, a good performance on home turf is what every American desperately craves.

The sport is growing tremendously and their already youthful squad will only get more experienced and ready for their next opportunity. But is the current system working?

Some will say a knockout round appearance is good enough, but for those familiar with this squad and who know exactly what they are capable of, the ceiling seems so much higher than the Round of 16.

This team is better than being lauded for good performances against England and a win against Iran. The growth since 2014 has been spectacular, and while losing to the Netherlands is understandable, with the right manager and personnel, today’s result could have been different.

Berhalter has been quoted as saying, “What I do believe is on our best day, we can beat anyone in the world,” but our best days have rarely come under Berhalter. Against the best sides, the team hasn’t looked tactically prepared, with Japan, Saudi Arabia and now the Netherlands immediately sticking out.

For fans who enjoyed rooting on the United States in pubs, bars and other gathering places across the world, you’re in luck because we get to do it all again in eight short months when the USWNT heads to Australia and New Zealand for the 2023 Women’s World Cup. And just a reminder, they actually beat the Netherlands in 2019, and have the opportunity to do so again when they face off in the Group Stage.

"We have a tendency in this country that if we have a pretty decent FIFA World Cup.. We automatically renew that coach for the next four years."

For the men’s team, we’ll fondly remember the win against Iran and the elation when Tim Weah scored against Wales, but their 1284-day wait for the 2026 World Cup begins today. The USMNT has not had the same coach for consecutive World Cups since Bruce Arena in 2002 and 2006, so in four years, the team may look different, the jerseys will hopefully be better and perhaps the staff will change once again.