Wounded hero Pulisic hurt his testicles, but he'll be ready for the Netherlands on Saturday 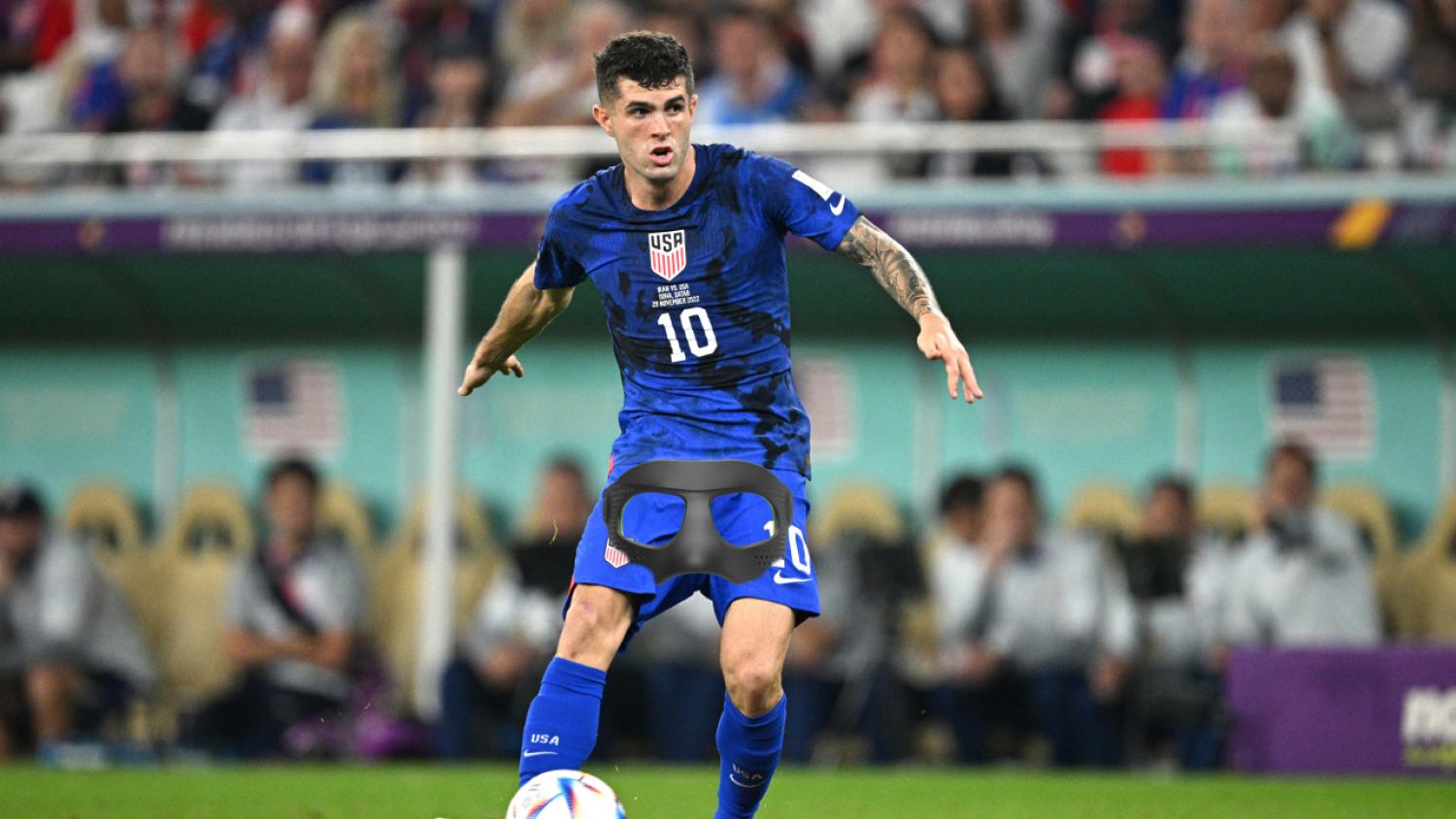 Pulisic is officially listed as day-to-day with a pelvic contusion.
Getty Images

DOHA - Christian Pulisic was hailed by his teammates on Tuesday after his first-half strike sent the United States through to the World Cup knockout rounds, with the effort landing him in hospital with a pelvic contusion.

The Chelsea forward burst into the area and bundled the ball over the line in the 38th minute of Tuesday's Group B decider against Iran. But he could not even celebrate the goal as he had injured himself following a collision with Iran goalkeeper Alireza Beiranvand.

Coach Gregg Berhalter confirmed Pulisic was injured and sent to hospital as a precaution after feeling dizzy, and said the players had a short video call with him from the dressing room.

"We got to speak to him and he's in good spirits," Berhalter told a news conference. "That's what he does, that's the special quality he has and as soon as a goal is wide he goes in with intensity. He crashes the box and makes it really difficult for defenders with his change of pace."

Asked about Pulisic and got: “Balls, his balls”. Not abdominal. Game winning balls, literally.

The United States join Group B rival England in advancing to the round of 16, fielding what was the national team's youngest ever starting 11 in a must-win match against a physically tough Iran side.

There was no official news of Pulisic's availability for Saturday's match with Group A winners Netherlands but U.S. midfielder Weston McKennie said Pulisic had told him he would be ready.

"I sent him a text and checked on him, and he said, 'Best believe I'll be ready on Saturday,'" ESPN quoted McKennie as saying.

UPDATE: #USMNT forward Christian Pulisic has been diagnosed with a pelvic contusion and his status is day-to-day. pic.twitter.com/abZcjU6tco

McKennie praised Pulisic's bravery but said the team were like brothers and any of them would have done the same.

"Obviously we're very thankful that he threw his body there but the thing is we have 25 other guys aside from Christian who would do the same thing, I believe," he said. "You see the statue Christian has and that he's willing to throw his body on the line. That should tell you enough about how close this team is."

The United States dominated the match but came under pressure late in the game and had to defend resolutely as Iran fought desperately to get an equalizer that would have sent them through to the last 16 for the first time.

U.S. forward Tim Weah said qualification was the stuff of dreams for the young U.S. team and commended the determination of Pulisic, who was in the side that failed to qualify for the World Cup four years ago.

"We love and we thank him and we're through, so it's a great feeling," he said. "He's huge. Going back, him not qualifying for the last World Cup and then being here and qualifying us through that's the work of God and I love him. He's so important to this team, he's a key player, a leader and someone that we definitely need."