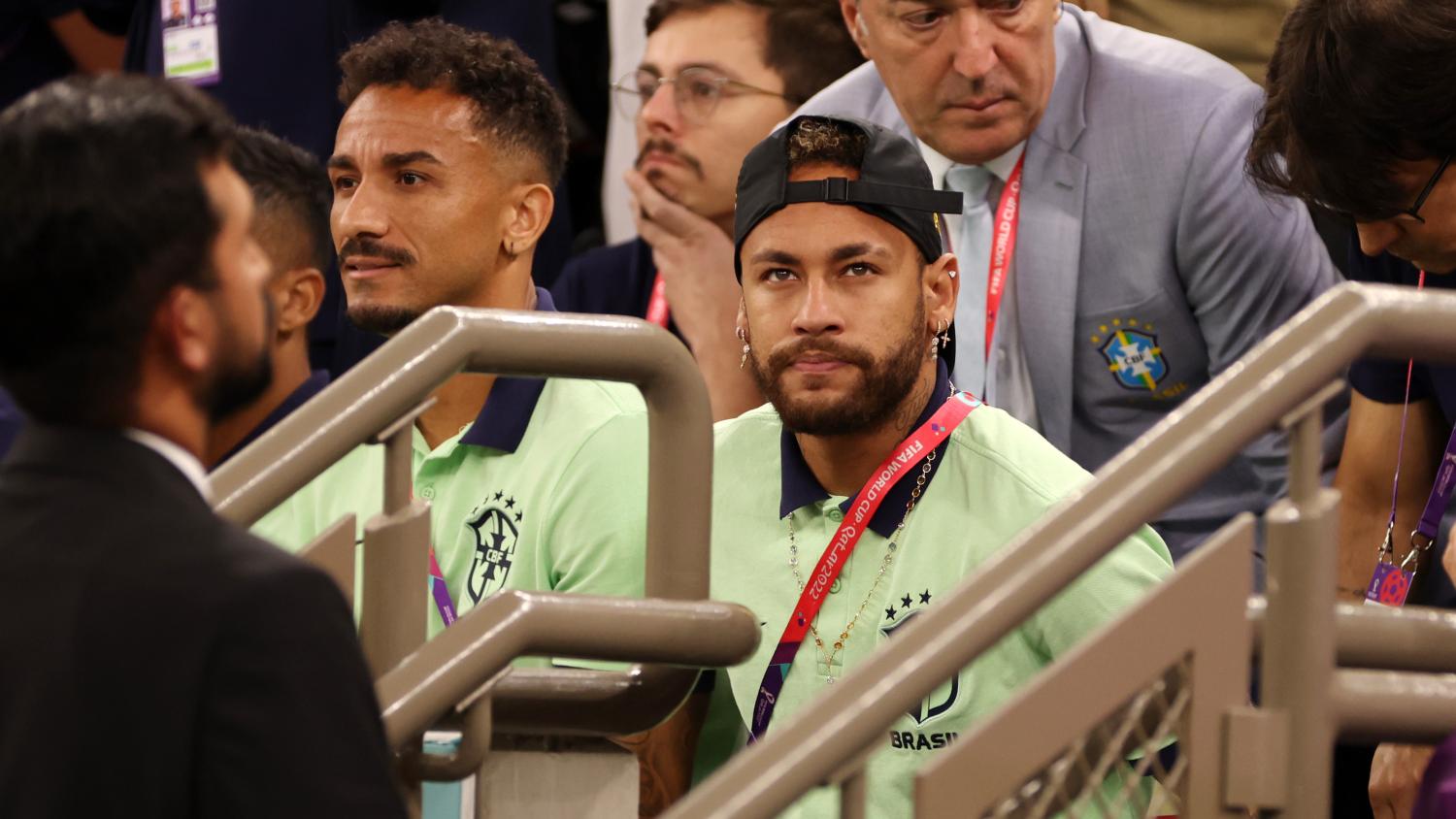 The Seleção is struggling with injuries, but Neymar is back for the knockout stages.
Getty Images

AL RAYYAN, Qatar - Brazil forward Neymar will train later on Sunday and is set to play for the five-times champions in their World Cup last-16 match against South Korea after recovering from an ankle injury, coach Tite said.

Neymar suffered the injury in Brazil's opening 2-0 win over Serbia, which ruled him out of their 1-0 win over Switzerland and the shock defeat by Cameroon, one of a series of injury problems within the squad.

"Neymar will train today in the afternoon and if he trains well he will play," Tite told a news conference.

Neymar has suffered many issues with his right foot and underwent surgery four years ago for a fractured metatarsal. The news of his return to the starting lineup came after Thiago Silva was asked during a news conference if Neymar would play and Tite took hold of the microphone and said "yes."

It will be warmly welcomed in a squad beset by fitness woes with Danilo also hurting his ankle against Serbia and Alex Sandro suffering a hip injury against the Swiss. Alex Telles and forward Gabriel Jesus, who sustained a knee injury against Cameroon, were ruled out for the rest of the tournament on Saturday.

Tite said Danilo was also fit to return against South Korea on Monday but Sandro was out.

"He can't play. Still recovering. Danilo and Neymar are back," he said. ​

Tite stressed that Neymar's return was with the full backing of the team's medical staff and the player's physical health was the priority.

"If he plays, it's because he is in full health and ready to start, to play from the beginning and the entire game with no limitations," Tite said. "My preference is always to play my best players from the start."

With Neymar back, Tite said there will be no changes in the forward line from the team that started against Serbia, with Lucas Paquetá behind Neymar, Vinícius Júnior, Raphinha and Richarlison.

The biggest question mark is who will play left back with Sandro and Telles ruled out. Marquinhos replaced the Sevilla defender after he sustained the injury against Cameroon, but right back Danilo and midfielder Éverton Ribeiro are also options.

"Alex Sandro's replacement will be a player that have already played in that position in his club. Make your research and you will find out who he is," Tite said.