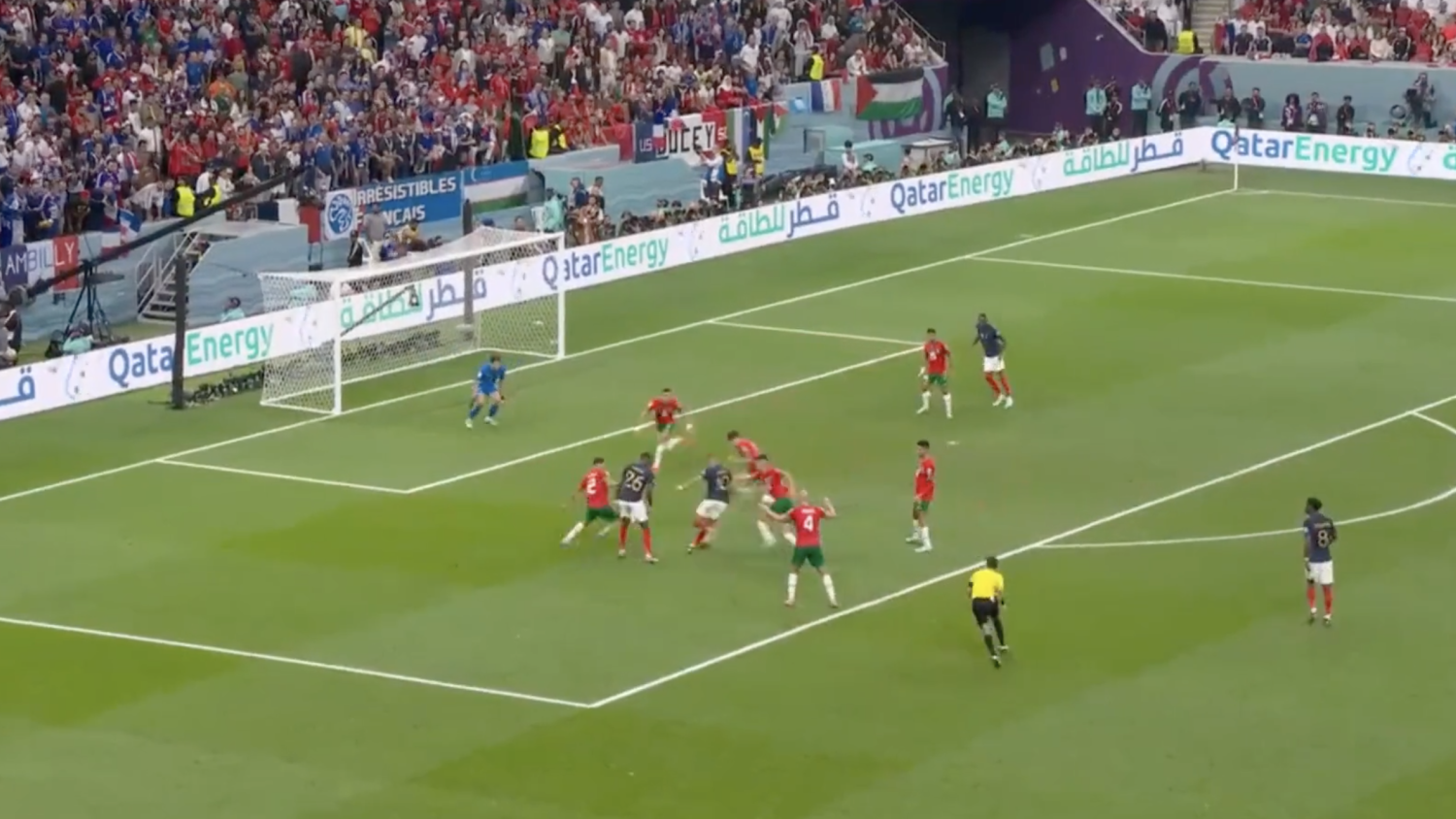 No guys, that won’t count as an assist for Kylian Mbappé. The Frenchman helped set up an amazing game-sealing goal during France’s 2-0 World Cup semifinal win vs. Morocco on Wednesday.

Trailing 1-0 late in the game, Morocco looked to be getting closer and closer to finding an equalizer until Mbappé produced a moment of magic in the 79th minute.

Receiving the ball at the top of the Moroccan box, Mbappé quickly glided past Soyfan Amrabat and then slithered away from Achraf Dari. In the blink of eye there were five Morocco players converging on the 23-year-old.

He still got his shot off and a fortunate deflection found the foot of Randal Kolo Muani who tucked in France’s second goal.

All the angles of Randal Kolo Muani's first international goal for France pic.twitter.com/6omPARIkrc

This was the highlight of a relatively quiet game for the PSG superstar’s standards. He had several enticing dribbles that showcased his ludicrous speed, but ultimately couldn’t find an end product.

Mbappé is just too fast ⚡️

He's slow to get up after this challenge at the end of his run pic.twitter.com/mEG3mH4aY6

Mbappé is just unfair out there pic.twitter.com/uxkrZVswgq

France’s first goal came less than five minutes into the game when a scramble in the Moroccan defense allowed Theo Hernández to open the scoring.

Morocco came close at points of finding an equalizer but couldn’t get through the French defense.

Despite Mbappé not scoring in France’s last two games he’s still tied with Lionel Messi in the Golden Boot race with five goals.

Messi and Mbappé will meet each other in the World Cup Final on Sunday, Dec. 18 at 10 a.m. ET. It’s the present vs. the past. The GOAT vs. the Challenger.