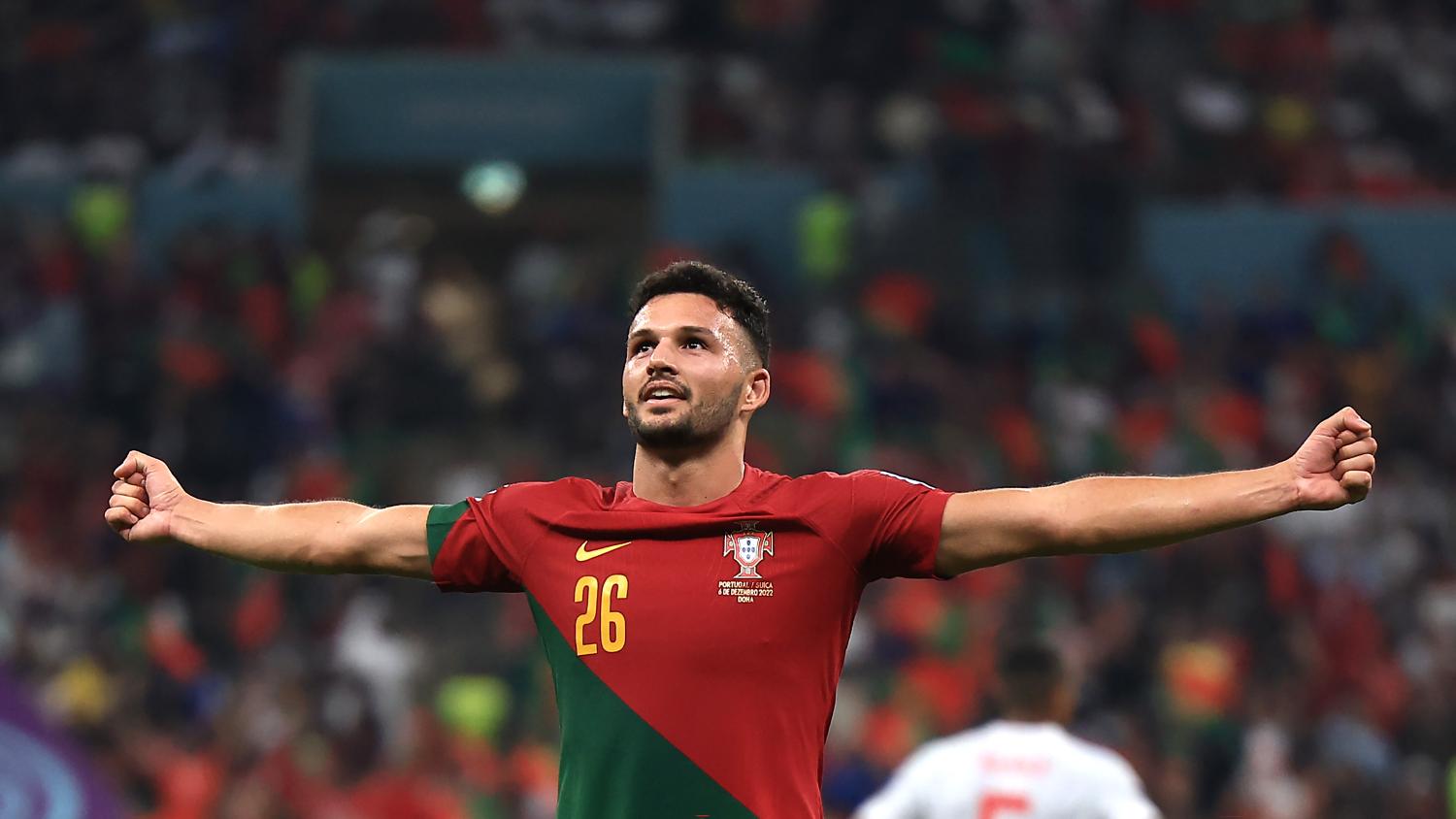 Portugal manager Fernando Santos made the incredibly bold decision to bench Cristiano Ronaldo for his team’s 6-1 victory vs. Switzerland in the Round of 16 on Tuesday. Taking Ronaldo’s place was 21-year-old Benfica talent Gonçalo Ramos.

The rest is history.

Ramos scored a hat trick and added an assist in a dominant performance. Ronaldo who?

The rumor for why CR7 was benched is for a spat he had with South Korea’s Cho Gue-sung when being substituted out of Portugal’s final group stage game.

When asked about the incident Santos told the media that he “really didn’t like it.”

With Ronaldo benched, Santos had to pick between André Silva and Ramos. The 21-year-old Ramos was given the nod and went OFF.

In the 17th minute he proved any skeptics wrong with a rocket of a shot in the roof of the Swiss net.

Gonçalo Ramos who got the start over Ronaldo puts Portugal on top pic.twitter.com/zJKwysZhTK

WHAT A STRIKE BY RAMOS pic.twitter.com/P7NLzsiU7s

Ramos was on fire. Tuesday's game was just his fourth appearance for Portugal. In the 51st minute he doubled his goal tally after poking in a cross between Yann Sommer’s legs.

Have yourself a day Gonçalo Ramos

Portugal is cruising against Switzerland pic.twitter.com/ahQGkmDJKL

Another look at Gonçalo Ramos' second goal of the day for Portugal pic.twitter.com/vYFUmmUltd

Four minutes later he turned into the assister setting up Raphaël Guerreiro for Portugal’s fourth on the night.

Ronaldo’s replacement was unstoppable. The last time that Portugal played in a knockout game of a major tournament without CR7 in the starting lineup was the 2000 Euro. Ramos hadn’t even been born yet.

Ramos put the cherry on top of his extraordinary night with a cheeky little chipped goal in the 67th minute to get his hat trick.

Through 56 World Cup games there has only been one hat trick. Take a bow Gonçalo Ramos.

Lusail Stadium would give Ramos a standing ovation as he was substituted out for Ronaldo in the 74th minute. (We swear the crowd was applauding Ramos and not just freaking out about Ronaldo coming into the game.)

With a 5-1 lead over Switzerland, Ronaldo comes into the game for Portugal pic.twitter.com/f5G31kesql

Portugal head coach Santos will have quite the decision to make for the upcoming quarterfinal against Morocco. Does he stick with the Ramos hot hand or go back to starting Ronaldo? Tough choices indeed.

Perhaps the most extraordinary part of Ramos’ story is that he was a last-minute addition to Portugal’s World Cup roster. Liverpool forward Diogo Jota was a for-sure inclusion on the roster and likely would’ve taken Ramos’ spot.

Jota suffered a serious calf injury on Oct. 18 and was forced to miss the World Cup opening the door for Ramos.