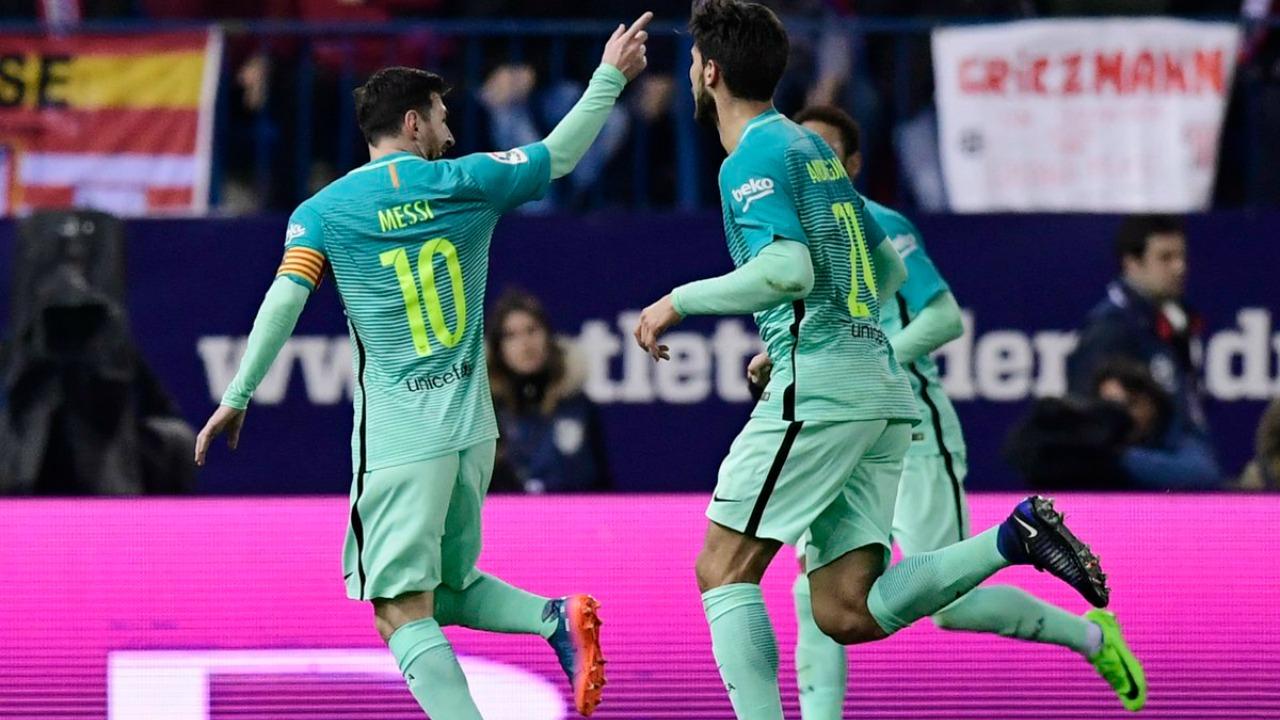 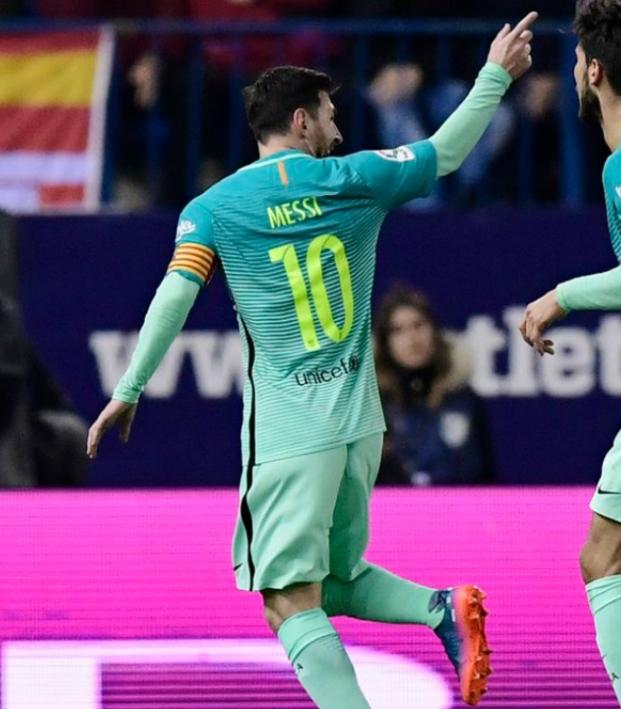 Connor Fleming February 1, 2017
Luis Suarez and Lionel Messi scored brilliant goals to give Barca a 2-1 advantage over Atletico Madrid heading back to the Camp Nou.

Barcelona, the defending Copa del Rey champions, are on the cusp of being able to defend their title after defeating Atletico Madrid 2-1 in Madrid. Luis Suarez and Lionel Messi put Barca up 2-0 by halftime, but Antoine Griezmann managed to pull one back for Atletico in the 59th minute.

Over 48,000 inside the Vicente Calderon witnessed a nightmare start as Suarez opened the scoring for Barcelona in the seventh minute. With Javier Mascherano returned to the defensive midfield role, his crunching tackle saw the ball roll free to Suarez.

With four Atletico players closing in from every angle, Suarez scythed through the heart of the defense and used the outside of his right foot to beat Miguel Angel Moya in goal.

GOLAZO!!!! @LuisSuarez9 gets into his stride, humiliates a couple of @Atleti defenders before making it 1-0. https://t.co/kcUc5s2yDv

Barcelona dominated possession in the first half hour, and Neymar looked dangerous on the left, but Barcelona’s second goal on the night belonged to Messi. Collecting the ball at the top of the box, the Atletico defense wasn’t quick enough to close him down and Messi unleashed an unstoppable drive that hammered in off the inside of the left post.

Diego Simeone introduced Fernando Torres at the half as Atletico looked to claw their way back into the tie. He almost made an immediate difference when a clever back heel released Gabi in the box, but Jordi Alba made a fantastic block to deny the chance.

Atletico found the goal they were looking for in the 59th minute. A free kick sent into the box found Diego Godin, and he headed it back across the frame of goal for Griezmann. With their first shot on target, Griezmann headed in Atletico’s first and halved the deficit.

NEVER WRITE ATLETI OFF!!!! @AntoGriezmann narrows the deficit as @FCBarcelona fail to deal with a ball over the top. https://t.co/YBGWIAUvRu

A superb save from Jasper Cillessen on Griezmann only minutes later denied Atletico an instant equalizer.

In the 76th minute, Messi curled a free kick towards the left-hand corner, but Moya tipped the effort onto the crossbar.

Foiled by @M_A_Moya! @TeamMessi and the rest of the world think it's in but the @Atleti keeper has other plans. https://t.co/L9WAPpUa95

Atletico pushed for the equalizer and pressed Barcelona mercilessly, willing to expose their backline while searching for an equalizer. Torres was hugely influential in the second half, and he appeared to be bearing down on the Barca goal after dispossessing Gerard Pique in the 83rd minute, but the ref wrongly decided that Torres had fouled him to win possession.

Attack after attack from Atletico could not yield the second goal, and Barca return to the Camp Nou with two invaluable away goals.

The second leg is scheduled February 7. Celta Vigo and Alaves will contest the other semifinal first leg tomorrow.