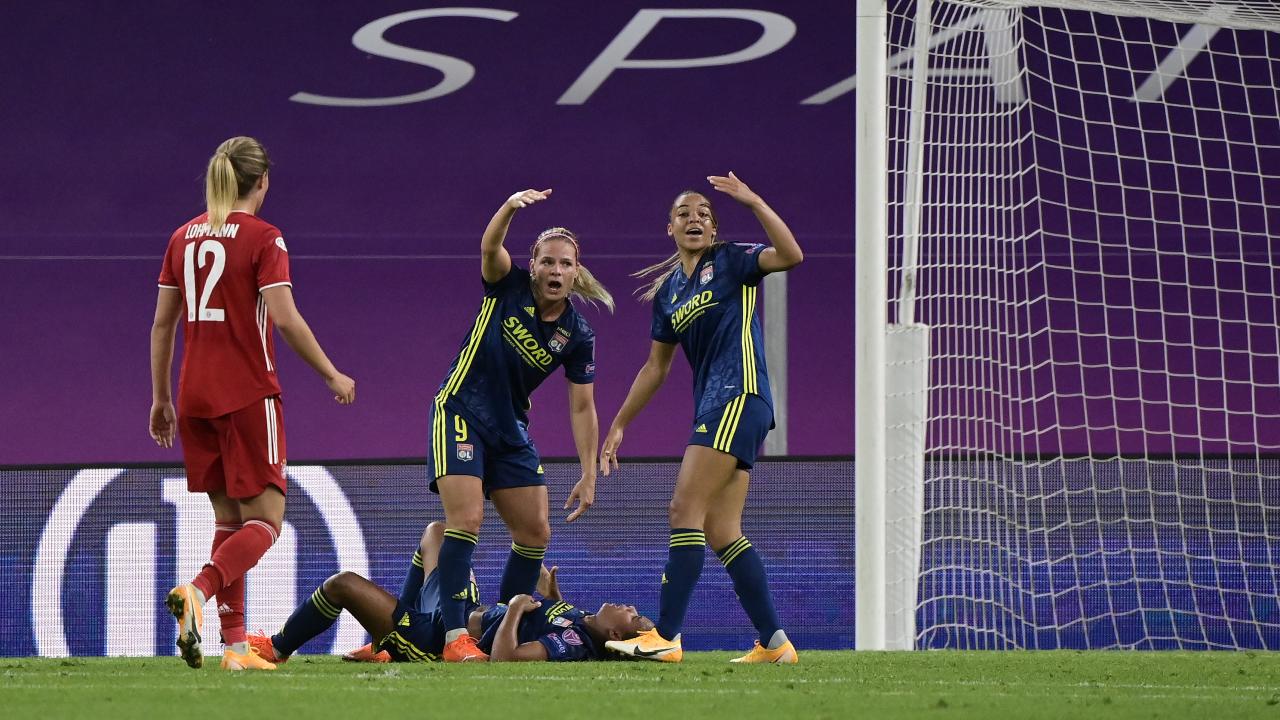 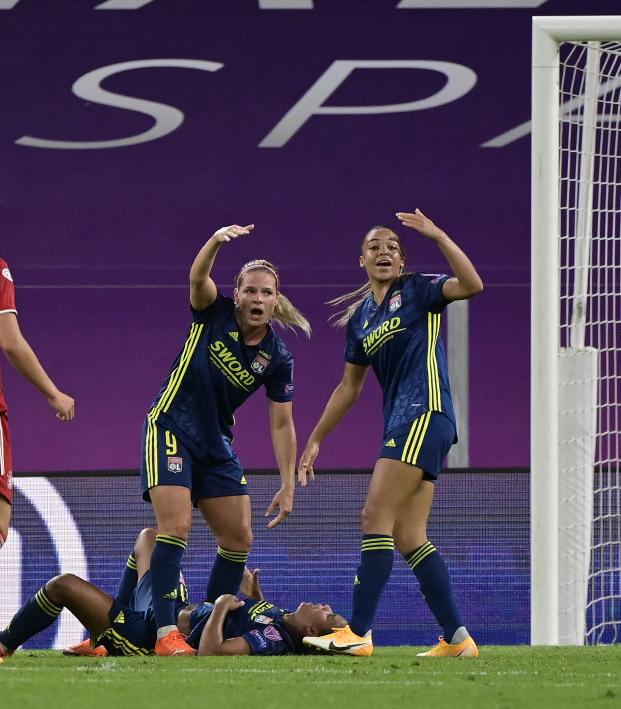 French clubs won both Women’s Champions League quarterfinals on Saturday, but it was an Englishwoman who provided the key moment for the defending champions.

Lyon, which scored 25 goals in the last two rounds, struggled to break down Bayern Munich, but a bit of bravery from Nikita Parris provided the breakthrough the UWCL holders needed to pull out a narrow 2-1 victory on Saturday at the San Mamés in Bilbao.

Holders @OLfeminin book their place in next week's semi-final. #UWCL

Lyon will meet fellow French club Paris Saint-Germain in the semifinals on Aug. 26, as the Women’s Champions League mirrored the men’s competition with two French sides in the semifinals. PSG edged Arsenal 2-1 in the other quarterfinal on Saturday. The other side of the bracket features Wolfsburg and Barcelona.

Les Fenottes cruised past Anderlecht 16-1 and Fortuna Hjørring 11-0 in the two-legged Rounds of 32 and 16, respectively. But Bayern Munich, runner-up to Wolfsburg in the Bundesliga this past season, made the record six-time winners work for every bit of their win Saturday.

Lyon didn’t break through until the 41st minute when Parris, an England international, put her body on the line to score the opener. Parris beat Bayern keeper Laura Benkarth to a ball in the box, heading it into the empty net but taking a severe bruising from Benkarth for her trouble.

Nikita Parris puts @OLfeminin on the board and in the lead  pic.twitter.com/hJt264bF7E

Parris’ teammates immediately called for the medical staff to check on her and she remained on the pitch for some time before play resumed. The CBS All Access commentator referenced another German keeper taking out a player on a French team, but fortunately this wasn’t as bad. Parris was able to stay on the pitch, though she was replaced in the 64th minute. Benkarth received a yellow card for her rash challenge.

The goal seemed to settle Lyon a bit, and the French champions doubled their lead in the 59th minute courtesy of a brilliant free kick from Amel Majri.

Amel Majri doubles it! @OLfeminin extend their lead to 2-0  pic.twitter.com/TB5QF4c63A

But Bayern made it tough to the end.

Carolin Simon drove in a low free kick that somehow missed everyone to find its way into the back of Sarah Bouhaddi’s net to make it 2-1 with 26 minutes to play.

Are you kidding me?

Lyon, which has won the last four Champions League titles, stiffened defensively in the final quarter of the match to see out a nail-biting 2-1 victory.

In the other quarterfinal on Saturday, a stupendous volley from Marie-Antoinette Katoto helped PSG top Arsenal 2-1.

Arsenal briefly got into the match with a well-taken goal by Beth Mead, who might’ve been offside — there is no VAR in the UWCL until the final because UEFA doesn’t care enough about women’s sports.

A curling effort from Mead gets past the PSG keeper and we are level at 1-1. pic.twitter.com/SSiuQbMC7Y

But PSG, which dominated the match, found the deserved winner through Signe Bruun in the 77th minute.

.@PSG_Feminines are back on top!

Signe Bruun gets the goal and the Parisians are one step closer to the semifinals! pic.twitter.com/x8epCYTkMz