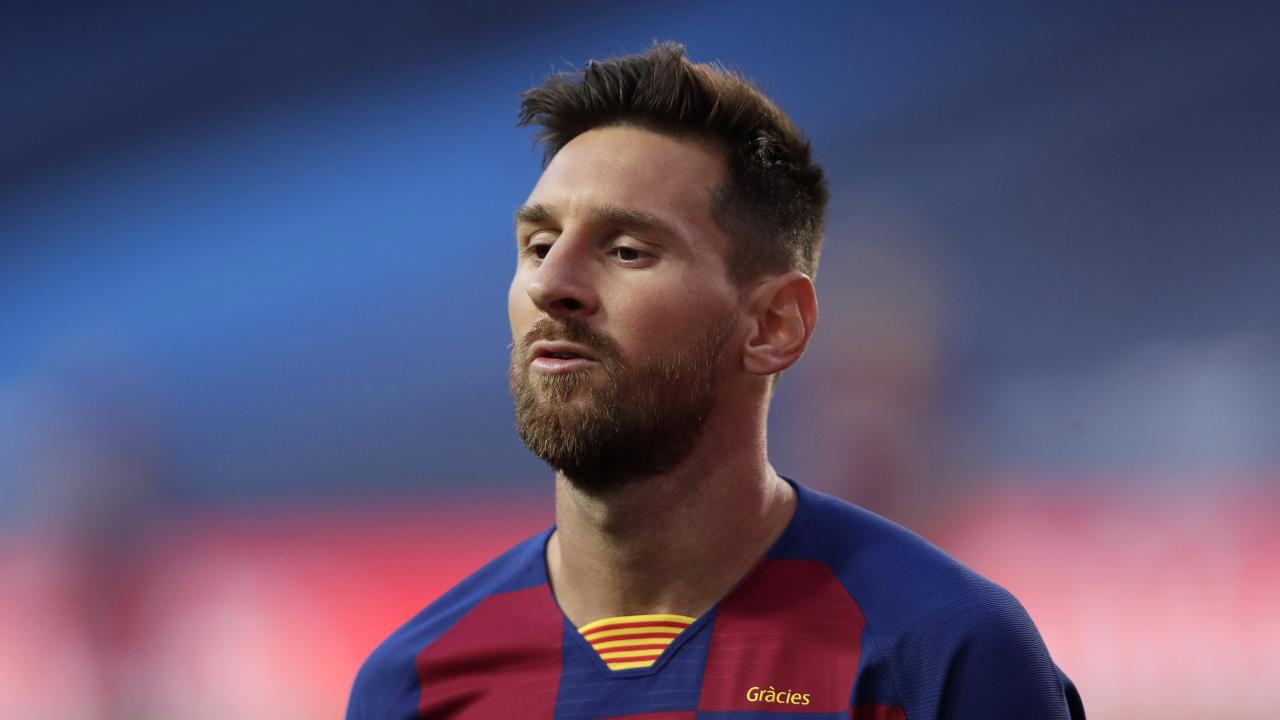 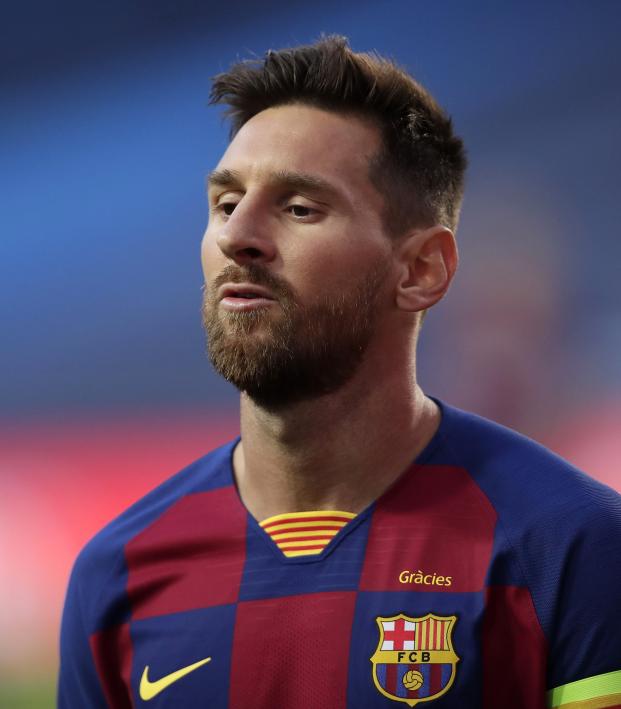 Reuters September 4, 2020
Lionel Messi announced he’ll stay at Barcelona in order to avoid a legal battle against the only club he's play for as a professional.

BARCELONA, Spain -- Lionel Messi ended speculation about his future at Barcelona by announcing on Friday that he would reluctantly stay for another season rather than tackle his career-long club in court.

A week after saying he wanted to leave the Liga side, and with a contract row still raging, the 33-year-old six-time player of the year gave the news Barca fans were hoping for.

In doing so, however, the Argentine forward took a big swipe at the club's hierarchy.

Lionel Messi will NOT be leaving Barcelona, we can confirm.

Here's what he had to say: pic.twitter.com/NfnhGpZpXc

"I wasn't happy and I wanted to leave. I have not been allowed this in any way and I will STAY at the club so as not to get into a legal dispute," he was quoted as saying by Goal.com.

"The management of the club led by (president Josep Maria) Bartomeu is a disaster.

"I told the club, the president in particular, that I wanted to leave. They knew this since the start of the past season. I told them during all (of the) last 12 months. But I will stay here because I don't want to start a legal war."

By remaining at the Catalan club for the fourth and final year of his contract Messi is in line for a 63 million pounds ($83.38 million) loyalty bonus and will be able to leave without a transfer fee.

Earlier on Friday, Messi's father and representative Jorge had insisted in a letter to La Liga that a 700 million euros ($828.03 million) release clause in the player's contract was not valid and his son could leave for free.

"I feel hurt by things that I heard from people, from journalism, from people questioning my Barcelonismo.

"It also helped me to see who is who. There are many very false people.

"It hurt me when my love for this club was questioned. My love for Barca will never change." pic.twitter.com/ZgWUELAwsj

However, despite the standoff between the Messi camp and Barcelona and La Liga, the player has ended the impasse and will see out his contract with the club with whom he has won more than 30 major trophies and scored over 600 goals.

The news that Messi will be staying at the Nou Camp, albeit reluctantly, will disappoint the clubs who were hoping to sign the iconic forward, including Premier League Manchester City, managed by his former Barca boss Pep Guardiola.

Argentine pay TV station TYC Sports, which has close links with Messi, had reported earlier on Friday that Messi was poised to stay with the Catalan club he joined as a teenager.

The situation was further complicated when Jorge Messi wrote to La Liga president Javier Tebas dismissing their claim that the release clause still applied if his son wished to leave.

"I wanted a winning project and to win titles with the club to continue expanding the legend of Barcelona.

"The truth is that there has been no project or anything for a long time, they juggle and cover holes as things go by." pic.twitter.com/Q9m6Or0hOV

He accused La Liga, who on Sunday backed Barca's stance, of making an error in their interpretation of the contract.

"First, we do not know what contract you have analysed and on what grounds you conclude that there is a 'release clause' applicable in the case of him deciding to unilaterally end his contract from the end of the 2019-20 season," he wrote in a letter published on social media.

"It is obvious that the compensation of 700 million euros, provided for in the previous clause... does not apply at all."

La Liga responded to Jorge Messi's letter by saying it stood by a statement in support of Barcelona issued on Sunday.

Messi on the famous burofax:

“The burofax was to make it official.

"Throughout the year I'd been telling the president that I wanted to leave, that the time had come to seek a new direction in my career.

"He told me all the time: "We'll talk, no, this and that," but nothing." pic.twitter.com/cSIoaMXfQz

Messi dropped the bombshell last week that he wanted to leave the club and that he could do so on a free transfer.

On Sunday he failed to show up for a pre-season medical, making a move away look even more likely.

His lawyers wanted to invoke a clause in his four-year contract, signed in 2017, which would have allowed the forward to leave the club for free if he had requested it by June 10.

They argued that that date -- nominally the end of the season -- was irrelevant after the novel coronavirus pandemic forced an extension of the La Liga campaign deep into August.

(Reporting by Martyn Herman in London; Editing by Ken Ferris)