Why Does Palestine's So-Called "Second National Team" Play In The Chilean League?

Deportivo Palestino – a club based in Santiago, Chile and founded by Palestinian expats to the city in 1920 – effectively did just that, visiting the West Bank and occupied territories this week for friendlies against the real Palestinian National Team and the Hebron-based club side Al Ahli.

The visit provided an opportunity for people in and around the club to connect with their history, and for the Palestinian people to enjoy a bit of sporting pride. It is believed that Chile has the largest population of Palestinian immigrants outside of the Middle East. 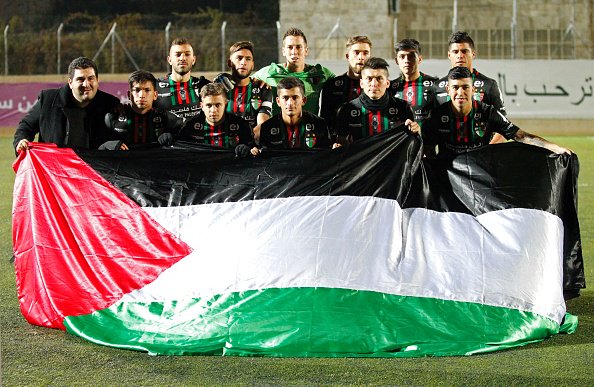 Mahmoud Abbas, president of the Palestinian Authority, has even referred to the club as Palestine’s “second national team.”

The club has won the Chilean Primera Division twice and finished as runners-up four times. It has represented the country in the Copa Libertadores (South America’s Champions’ League) and the Copa Sudamerica (another club competition, akin to the Europa League), most recently earlier this year when it reached the quarterfinals of the latter tourney.

In 2014, Deportivo Palestino was fined $1,300 by the Chilean football association for wearing a home shirt design in which the numeral one was shaped like the map of Palestine prior to the establishment of Israel.

The visit to Palestine was a first for the club, but it was not without controversy. The team had planned to visit Gaza, but as of this writing the trip had not been cleared by Israeli officials.