Whose Football Is Fastest? Are European Or NFL Players Faster? 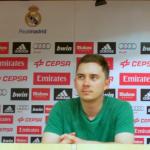 Watching Ronaldo streak across the pitch for Real Madrid, or Arjen Robben for Bayern Munch, you might have thought, "Man he looks fast." But, you might also ask, is he fast enough to beat an NFL player?

Fear not, we've done the work for you to compare player speeds and to give you an answer. But, first, some context.

Soccer tends to favor quick accelerations of speed over short distances, often zigging and zagging, versus straight sustained runs. And, to state the obvious, 200-pound linebackers aren't trying to tackle you and grind your face into the turf in soccer (as much as players like Robben might pretend that they are).

In the soccer world, there isn’t anything quite like the NFL Combine, which every NFL player participates in and which serves as a showcase for the general public to see just how fast new recruits might be during the 40-yard dash. So, our methodology for evaluating the speed of top footballers like Arjen Robben and Cristiano Ronaldo is necessarily different than our methodology for evaluating NFL players (and, as a result, perhaps flawed).

Nevertheless, as a starting place, we can look at 40-yard dash times from the NFL Combine to get a measure of the fastest players from the NFL.

(Note: Take these with a grain of salt, because most of these times were from a dead start, requiring the runner time to get up to full speed.)

The fastest-ever recorded time at the NFL Combine actually belongs to Bo Jackson, but his was in the era before digital timekeeping and his outrageous 40-yard time is shrouded in mystery (check out this great article from Freelap breaking down Bo Jackson's legendary run). Skeptics often cite the lack of digital timekeeping as a major issue when comparing time from the pre- and post-eras. That said, here's how Jackson clocked in:

So, now that we have the fastest NFL players, let's see how fast the world's greatest soccer players are in comparison.

Arjen Robben (2014)  — top speed of 37 km/hr during the 2014 World Cup match between the Netherlands and Spain. In this 5-1 dismanteling of the former World Cup champions, Robben of the Netherlands clocked the fastest speed every recorded by a footballer.

A player who didn't make the list is Marvell Wynne, a Center Back for the USA under Bradley from 2007-2011. He is one of the fastest American players of all time and perhaps in the history of soccer. In high school, he ran track and his time (according to Wikipedia) in the 100 meter dash was 10.39 seconds. Which clocks him at an average speed of 37.4 km/hr. And even if we don't trust this information, data from his time at UCLA has Marvell Wynne running an official 200 time of 21.87 seconds.

If we're to believe all of this data, there is evidence that the fastest European footballers may in fact be faster than the fastest American football players.

To give some context for all of the above, the fastest-ever recorded speed for a human being was when Usain Bolt ran the 100-meter dash in 9.58 seconds, reaching a top speed of 44.72 km/hr or 27.78 mph.

What does a human being running that fast look like? Well, you've probably already seen what Usain Bolt running the 100, so here's what it looks like when former NFL speed-demon Robert Gill runs 25 mph for fun on a treadmill:

At the end of the day, it’s hard to say who would really win a footrace between Robben/Walcott/Valencia and Bo Jackson/Chris Johnson/Dri Archer on a track, with a dead start, off the blocks. But, lucky for us, we can say who wins a footrace between Cristiano Ronaldo and Spanish 100-meter champion Angel David Rodríguez:

As the second race in this video suggests, a straight-line sprint like the 40-yard dash might tell us a lot about how fast players are in controlled conditions, but tells us very little about their likely success on the pitch or in the NFL.

But, regardless, would an in-his-prime Bo Jackson suiting up for Real Madrid, Bayern Munich, Barcelona or the LA Galaxy be awesome?