Who Could Actually Persuade The Glazers To Sell Man United? 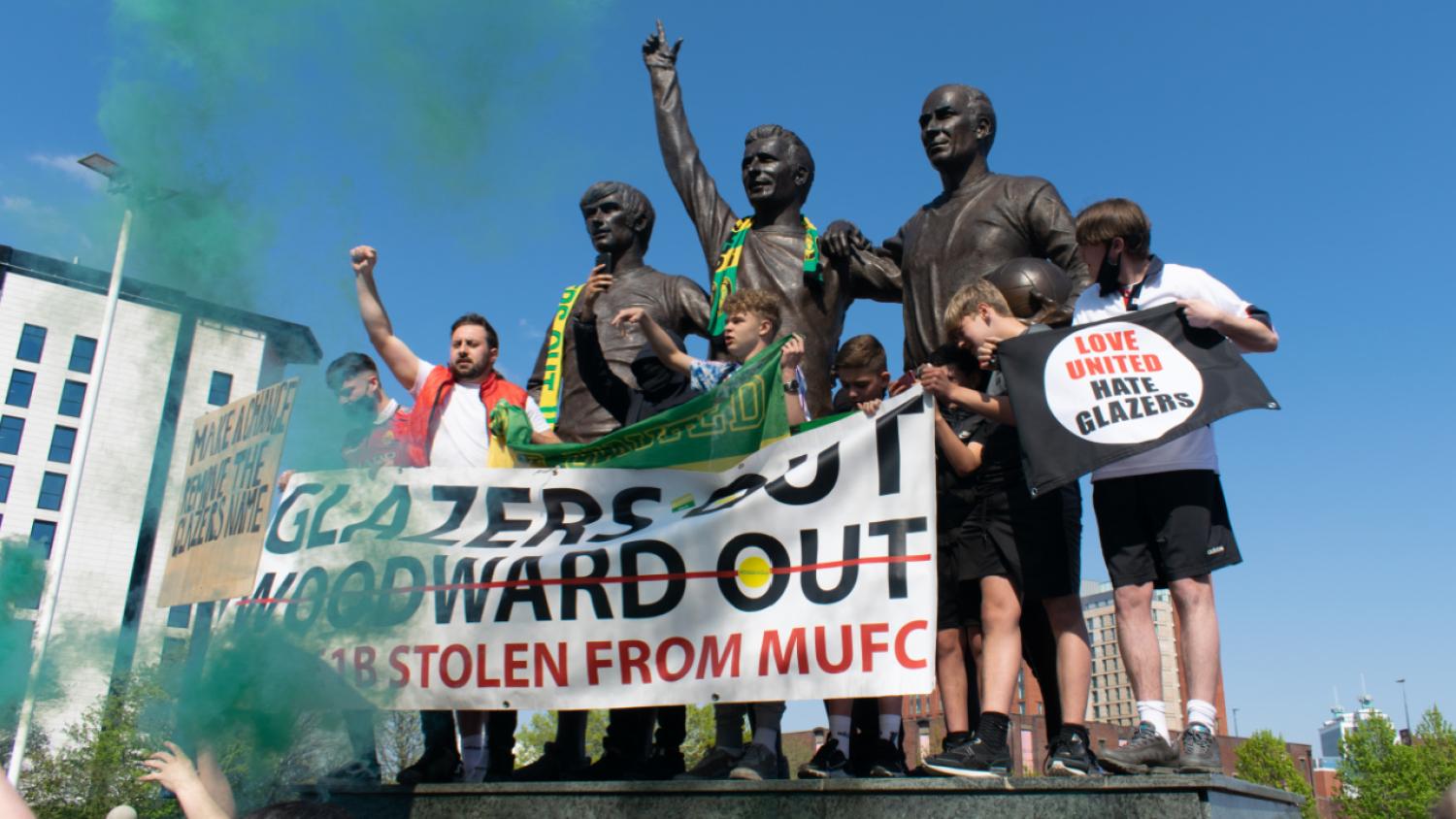 Elon Musk was only joking, but Jim Ratcliffe seems sincere in his desire to buy the Red Devils.
Shutterstock

MANCHESTER, England - British billionaire Jim Ratcliffe's interest in buying Manchester United has raised the hopes of the club's supporters that their American owners, the Glazer family, might now sell the club and pave the way for a return to glory on the field.

Whether that happens will depend on three key factors: how much they think the club is worth; whether there are potential buyers willing to pay that price; and finally, if the much-criticized Glazers are willing to take the money and leave.

So far, there has been no indication from the publicity-shy Glazers that the club is up for sale or that they would be willing to engage with an offer. There have, however, been reports that they might be interested in selling a portion of shares to a potential minority investor. But the fans, who are set to protest against the Glazers again at Monday's Premier League clash with old rivals Liverpool, are hoping for much more radical change than a new junior-partner owner.

With the club not having won a title since Alex Ferguson retired as manager in 2013 and recently having lost all sense of direction, finishing sixth last term and losing their opening two games of this season, there have been renewed calls for a change of ownership.

After the opening day defeat at home to Brighton, former captain Gary Neville, an influential pundit on Sky Sports, said: "The time has come for the Glazer family to sell the football club, the time has come, it's now."

Saturday's 4-0 humiliation at Brentford led the Manchester United Supporters Trust (MUST) to issue a statement saying: "MUST hold the owners of the Club primarily responsible for this new low in our decade of decline."

In May, United reported a net loss of $34.9 million for the three months to March 31, compared with a loss of $21.7 million pounds a year earlier — numbers impacted by COVID restrictions. The club's shares have underperformed its European listed rivals, losing more than a third of their value since 2018. Borussia Dortmund's stock has fallen about 27% while Ajax has jumped 27%.

The recent sale of Chelsea, after sanctions were imposed on Russian owner Roman Abramovich, showed there are no shortage of people with the resources and desire to own a top Premier League club. A consortium led by LA Dodgers part-owner Todd Boehly and backed by Clearlake Capital won the race to buy the London club, paying $3 billion and committing to spend a further $2 billion on it over the next decade.

If the Glazers were to consider selling, what would be the likely asking price?

The Americans bought the club for $947.7 million in 2005 in a highly leveraged deal which has been criticized for loading debt onto the club. United has been listed on the New York Stock Exchange since 2012. The club are rated above Chelsea in most major rankings of club value. Forbes places United as the most valuable, at $4.6 billion, in England and the third in the world behind Spanish giants Real Madrid and Barcelona.

Analysts say United's ranking does not reflect their performance on the field or indeed their revenue position in recent years but rather their worldwide following which makes them a genuine global brand.

"The key for Manchester United is the impact of their digital footprint," says football finance expert Rob Wilson of Sheffield Hallam University. "It dwarfs all of the Premier League teams and supports commercial revenue. Critically, that revenue is all 'earned' rather than 'supported by owners.' That makes United highly valuable in enterprise terms."

"My personal view is that the scarcity of the asset (MUFC isn’t often for sale) means the price will be much higher than traditional valuations. I’m expecting around $6 billion. If more than one bidder emerges, don’t be surprised to see upwards of $8 billion," he said.

On top of that, future owners looking to revive United in English and European football would face plenty more costs. The team needs an overhaul, meaning investment in player recruitment, and the Glazers have been looking at upgrading or even rebuilding their Old Trafford Stadium. The Tottenham Hotspur Stadium, the newest build in the Premier League, cost the London club around $1.2 billion.

It will take very deep pockets to persuade the Glazers to sell — and even deeper ones to get United back to the position of dominance they enjoyed in the 1990s.