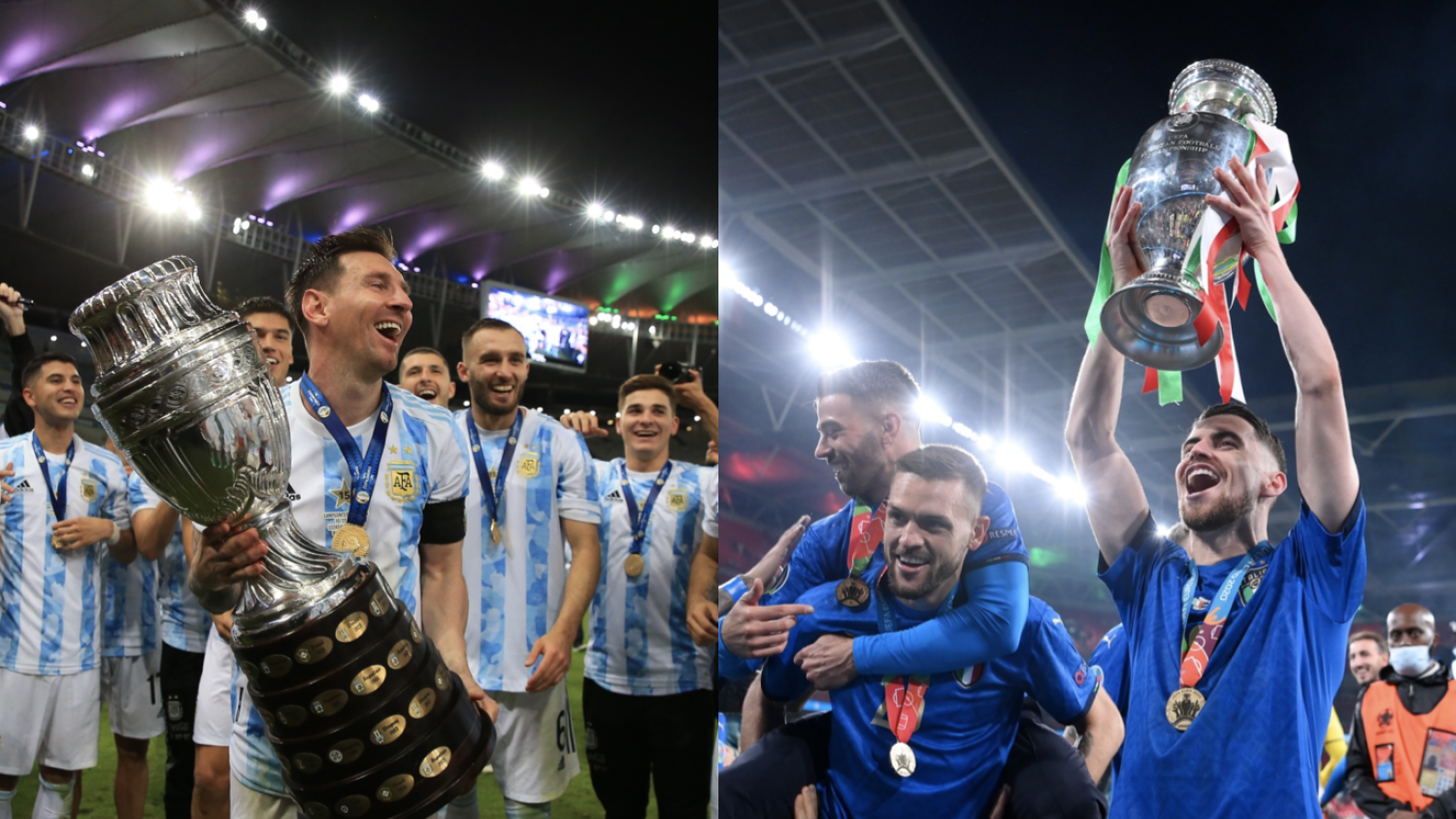 "The agreement reached by the two organisations currently covers three editions of this match between the respective continental winners," UEFA said in a statement.

No venue or competition title name was given for the match but a source told Reuters the game has been given the working title of the 'Finalissima'.

Italia and Argentina will play against each other in June 2022. Conmebol announced the agreement with UEFA for the new Copa EuroAmerica - the stadium is still to be decided.

Champions of Europe and South America will meet in this new special match. pic.twitter.com/HRtKjEXhw9

The match is part of the cooperation between UEFA and @CONMEBOL, which includes youth and women’s football, futsal, the exchange of referees and technical training schemes.

The announcement comes after both European governing body UEFA and their South American counterparts CONMEBOL came out strongly against FIFA's plans for a biennial World Cup.

The matches form part of what UEFA called an "expansion of the cooperation" between the two organisations.

"The organising of this match is part of the expansion of the cooperation between UEFA and CONMEBOL, which notably includes women’s football, futsal and youth categories, the exchange of referees, as well as technical training schemes," UEFA said.

There was no mention of FIFA, who organise international competitions between different confederations at various age-groups as well as in the form of the World Cup.

UEFA also announced they were setting up a joint office with CONMEBOL in London, which will be in charge of coordinating "projects of common interest".

Earlier this month, UEFA president Aleksander Ceferin warned of a potential European boycott of the World Cup if FIFA's plans to stage the tournament every two years go ahead.

World soccer's governing body is carrying out a review of the international match calendar, led by former Arsenal manager Arsene Wenger who is proposing a major tournament every year.

Under the proposals the World Cup would rotate with continental tournaments such as the European Championship and be played every second year instead of every fourth.

"We can decide not to play in it," Ceferin told the Times newspaper.

"As far as I know, the South Americans are on the same page. So good luck with a World Cup like that."

(Reporting by Rohith Nair in Bengaluru; Editing by Ed Osmond and Christian Radnedge)