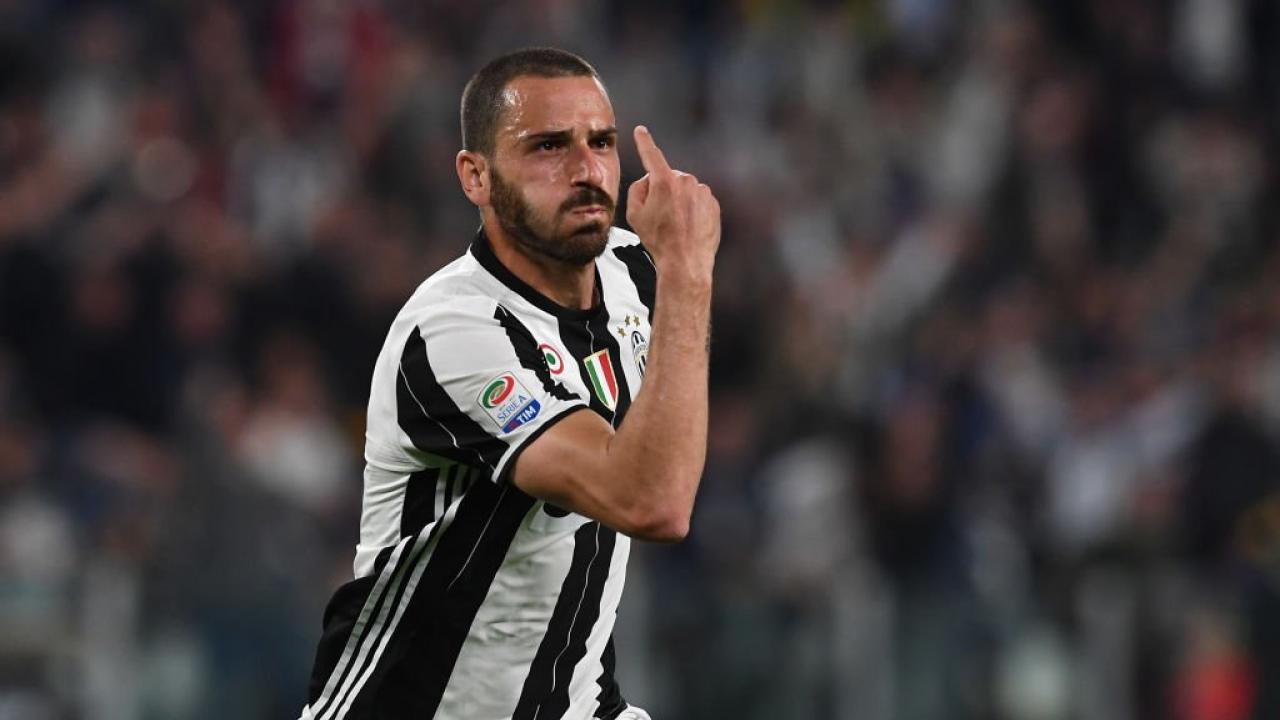 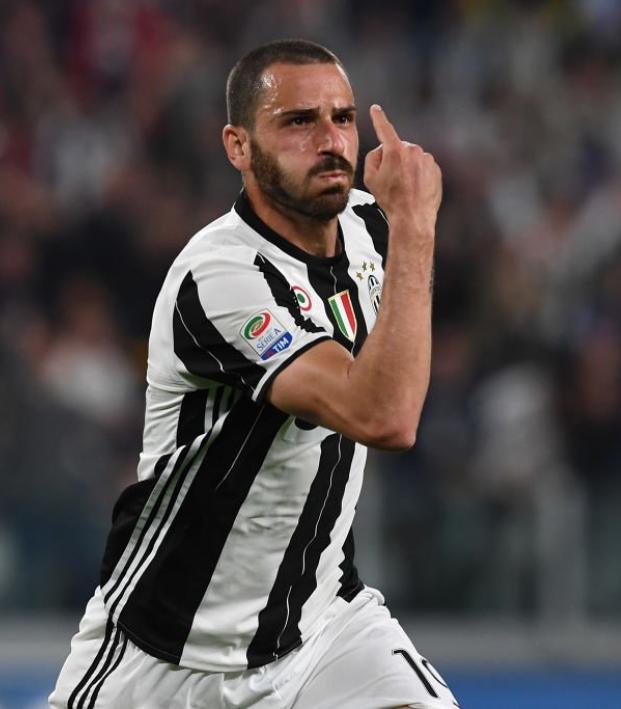 What Does Leonardo Bonucci's Move To AC Milan Mean For Serie A?

Huw Thomas July 17, 2017
One of the summer’s shock transfers, Leonardo Bonucci to AC Milan, has raised a ton of questions for both clubs going forward.

Say this aloud, very slowly: Juventus sold Leonardo Bonucci to AC Milan. Juventus (the biggest team in Italy and six-time defending champions) sold Leonardo Bonucci (one of the world’s best defenders and a future club captain) to AC Milan (a team rapidly shaping up to be a title rival in the coming season). Juventus. Sold Bonucci. To Milan. For €42 million. That would buy you roughly 70 percent of Kyle Walker. Say it aloud. Repeat it slowly. Juventus sold Bonucci to Milan. And still, it hardly makes any sense.

There are so many questions raised by this move. It drastically alters the terrain of the title race next season. It could well shape the future of the division in ways we have yet to imagine. It’s almost impossible to predict the complete fallout of the move, it’s that shocking. But — even at this very moment — there’s a few things we can speculate about.

For Juventus fans, the dust has yet to settle. The move seemed to happen over the space of three days. Right now, most Juve fans are walking the tightrope between shock and anger. Milan’s fans are happily awed. There’s no time to assess the long-term ramifications this will have on the current champions. Quite literally, Bonucci is irreplaceable. Juventus have significantly weakened themselves and considerably strengthened their rivals. Fans will demand answers and rightly so. But, right now, everyone is still utterly shocked.

There’s no doubt Milan are making waves in the market. They’ve entirely restructured their team over the past window. However, though they have spent money (and spent money rather well), none of the other players are taken from the very top shelf, the one where the world’s very best footballers reside. There’s a marked difference between Hakan Calhanoglu and Bonucci, the latter being able to stroll into any defence in world football. Every football team would covet a player of Bonucci’s quality. Milan have him. Juve don’t.

Instantly, Milan’s name must be entered into the Scudetto conversation but it’s unlikely that they will win. Having this many players come into a team at once is discombobulating. They need time to gel. Montella will need time to find his best team. In all likelihood, Milan will drop silly points as they try to figure out their best shape and formation. But with heavy spending comes heavy expectations. Spend this much and they simply have to challenge. At the very least, they will need a Champions League spot. Anything less is a failure.

Juventus have reached two Champions League finals in the previous three seasons with vastly different teams. They have been on a fantastic run of letting certain players go and re-shaping the squad each year. They’ve lost Pogba, Vidal, Tevez, Pirlo and many others. It’s said that, when a player wants to leave Turin, the management will not stand in their way.

Bonucci wanted to leave; Juventus accommodated him. It’s the same story for many big-name departures. Once again, the Juventus planning department spurts into life. Once again, they must entirely re-think the way the team works. Bonucci’s ball-playing skills were so essential to the team’s machinations that they will need to totally revamp their tactics. Right now, Juventus’s transfer approach might finally be found wanting. This could be a move too far.

What Happened In Cardiff

After getting thrashed by Real Madrid in the Champions League final, stories began to leak out from the Juventus dressing room. Rumours of a clash between Bonucci, Allegri, Alves, Dybala, Barzagli, and others have swirled around the back pages and the internet for months.

While we don’t know what happened, something does appear to have been fundamentally broken on that night. The quickfire departure of Alves and Bonucci, with such little fanfare from Juventus and the team, seems to indicate that neither player is leaving on a good note. Buffon was one of the few to thank Bonucci on social media. Alves seems already to have been forgotten.

More and more, it seems that failure in the final had a real lasting impact on Juventus, one which we cannot yet fully comprehend.

Allegri And His Job

Bonucci and Allegri were no great fans of one another, that much was obvious. The two had fallen out during the season, resulting in Bonucci being benched for a key Champions League fixture. Though the two had repaired their relationship to the extent that Bonucci was brought back into the team, there was evidently a lingering disharmony between the two. If anything, the defender’s departure shows that Juventus are backing their manager. Surely, this places more pressure on Allegri to succeed. Should the team falter (especially in the defensive department), doubts will emerge as to whether Juventus backed the wrong horse.

Of all the questions raised, one of the most difficult to answer is that of Bonucci’s loyalty. He had already been earmarked for the role as potential club captain. It was assumed he would retire at Juventus. After a shaky introduction in Turin, the center back had evolved into one of the most talented and most coveted ball-playing center backs in the world. That he should be able to leave so easily for Milan seems strange to many.

But there are qualifications. For one, health issues surrounding Bonucci’s son mean that the family was unwilling to leave Italy. Furthermore, Milan are perhaps the only top team in Italy with a cordial relationship with Juventus. Any other club and the fans would be rioting. Lastly, Bonucci took out a full-page newspaper advert thanking the Juventus fans for their support over the years. Though some might still call him a snake or a traitor, Bonucci does not seem to emerge from this transfer as a villain.

As mentioned above, Juventus have never been a club to hold players against their will. But now that the level of talent walking out of the door is becoming increasingly concerning, they may wish to reconsider their approach. Consider Paulo Dybala, another Juventus player whose relationship with the manager seems noticeably strained.

The club would find it very difficult to replace the Argentine should he wish to leave. Alex Sandro, so recently linked with a move to Chelsea, may now find himself reassessing his future at the club. Juventus will need to move quickly to reassure the squad. They can afford no more high-profile departures. If it is their ambition to sit at the very top table of European football, they must become better at hanging on to their best players.

Which leaves us with the issue of the Juventus defense. Practically, it is the defense of the Italian national team. Buffon, Chiellini, Bonucci, Barzagli. It was a four-man unit, one of the most celebrated defensive set-ups in this millennium. Bonucci was the only one on the right side of 30 and at least two of the remaining Juventus players seem set to retire in the near future. Bonucci’s departure simply accelerates the crumbling of this defensive edifice, the foundation on which Juventus have built all of their recent success.

But they do have replacements. Rugani is a fine young defender who is being slowly blooded into the first team. Benatia must shake off his injury issues and play more than previously. Caldera, out on loan at Atalanta, is getting a good amount of experience. But none of them can replace Bonucci. If Juventus wish to continue their success, their defense will face a huge amount of upheaval in the short to long term. This could be their undoing.

That’s not even touching on so many more of the issues that circle this transfer. There’s Juventus’s seeming inability to negotiate a better price, and the fact that Bonucci is now the highest paid player in the league. We’ve barely examined this from a Milan perspective, though it totally reconfigures the workings of that club.

Issues of FFP and owners’ financial clout should also be considered. While Roma, Napoli and Inter hardly even enter into the conversation right now, they have all been affected in some way or another. It’s rare that a single transfer has such far-reaching ramifications, but then Juventus sold Leonardo Bonucci to Milan and here we are.

Right now, it seems like Juventus need a win. Purely from a public relations stand point, they need something to turn the tide of opinion. It might be signing Federico Bernardeschi from Fiorentina, though it’s debateable whether he would even start in their best XI. Suggestions of going back in for Alexis Sanchez will mean having to deal with the player’s astronomical wage demands. Signing a defender is never as exciting, nor would the purchase of Nemanja Matic really set pulses racing. Juventus are in an incredibly tricky position.

But they remain title favourites. That’s the conundrum. Over the coming weeks, we’ll get a better idea of how the season will pan out. We’ll learn how Juventus will deal with Bonucci’s loss and how Milan will deal with his arrival. It could be an astounding success or a devastating failure for both clubs. Most of us, however, are still in shock. We’re still repeating it slowly to ourselves. Juventus sold Leonardo Bonucci to Milan.