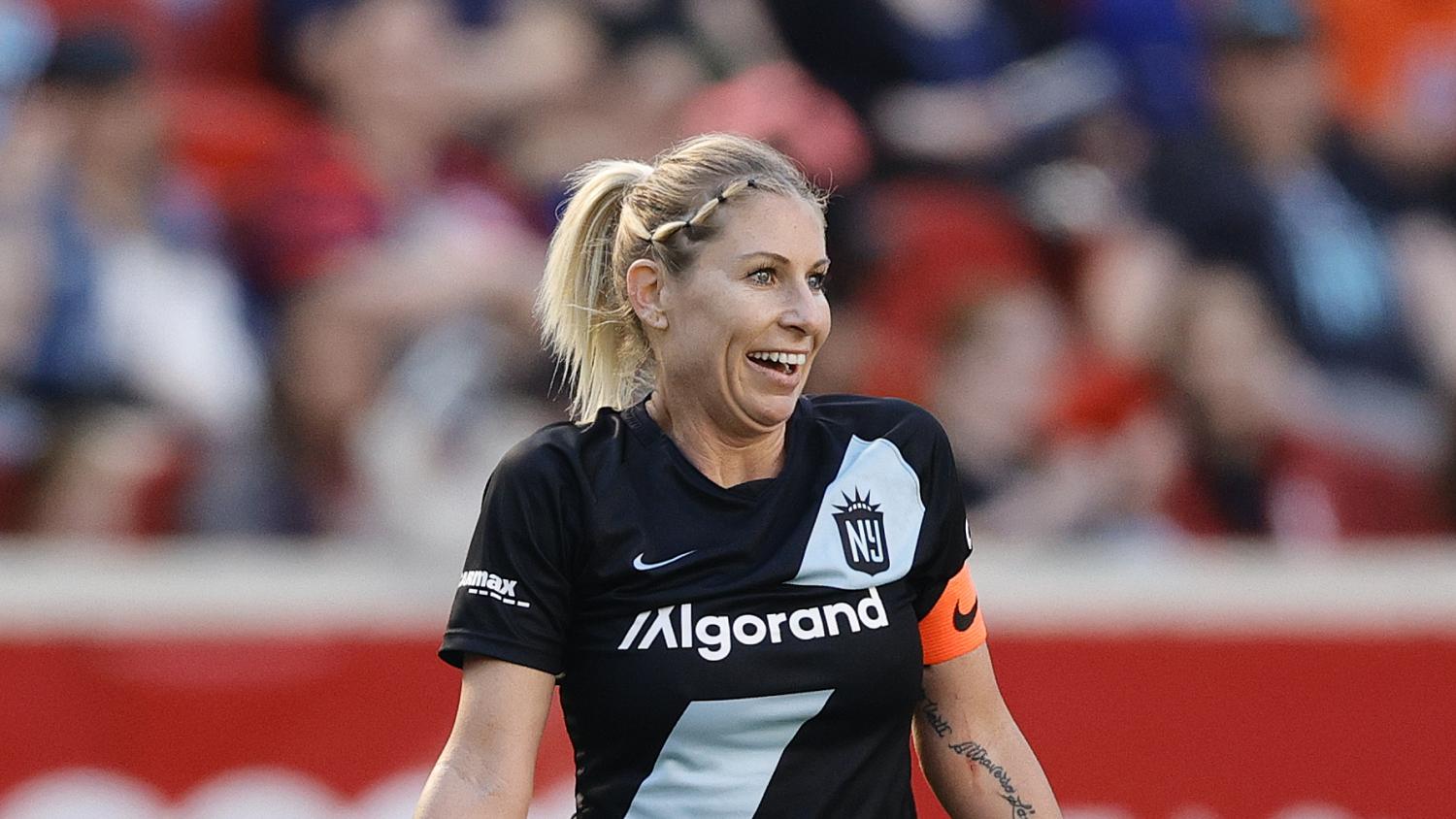 Last week, Gotham FC captain McCall Zerboni was nominated for the NWSLPA’s Ally Award, which recognizes leadership and character in unsung players. A week later, she was being called out on social media for using racist language. Then Angel City’s Madison Hammond gave a master class in how to respond to those who perpetuate harmful stereotypes.

Zerboni is a 13-year veteran currently playing for Gotham FC. The 35-year-old has nine USWNT caps to her name and has started every game in the regular season for Gotham.

After her club lost 4-2 to the suddenly free-scoring Houston Dash on Sunday, Zerboni spoke about Gotham’s struggles, currently 10th in the league standings seven points below the playoff line.

Those comments began circulating on Twitter after they were posted by soccer reporter Jonathan Tannenwald. NWSL fans pointed out Zerboni’s metaphor that perpetuates racial stereotypes to Native Americans and indigenous cultures.

Hey @NWSL @GothamFC @Cloud9GOTH and NWSL media, I hate being the person that tags accounts, but this is important.

Is anyone going to address McCall Zerboni's racist analogy in her post game comments or nah?? pic.twitter.com/JyD0s4oPpc

Soon, Cloud 9, a supporters group for Gotham, saw the offensive language and said it would be reaching out to the club to address the matter.

Thank you for bringing this to our attention.

This is unacceptable language from McCall Zerboni. Full stop. We expect this to be addressed by the team and by McCall, both privately and publicly. We'll be reaching out to the FO directly as well. https://t.co/iEuYEiQOYy

The issue at hand is the use of language rooted in racism in the U.S. Phrases like “too many chiefs,” “pow wow” and “sitting Indian style” remain in American vernacular despite their offensive nature perpetuating harmful stereotypes.

Don’t take my word for it, listen to Madison Hammond, the first and only Native American in the NWSL.

This has to be acknowledged and is really important. Not because I want to call out one person but because it’s indicative of how our larger culture continues to perpetuate harmful stereotypes about Native Americans and Indigenous cultures. (1/3) pic.twitter.com/RGnKEdjGnW

Zerboni initially said there was too much fuss for no reason, tweeting: “life is hard enough for all. don’t go causing problems that aren’t there.”

life is hard enough for all. don’t go causing problems that aren’t there.

Zerboni eventually issued one of those awkward apologies that doesn’t really take full responsibility for her actions, using the unnecessary qualifier “if” she offended.

im sorry if anything i’ve ever said has offended any1. the last thing i would ever want 2 do is hurt someones feelings or make them feel unloved. if u knew me u would know this. i’ve fallen short at this at times im sure but my intent always lead with ❤️. have a good night yall.

When asked about why she was liking tweets from accounts who suggested she didn’t have much to apologize for, McCall responded with this tweet.

i acknowledge & appreciate the people who build others up not the ones who try to break others down. says more about u than it does your target. my best wishes for ur heart&happiness that u are filled & loved enough in ur own spirit to not have to use the internet to feel better.

I understand the sentiment of wanting to be positive, but maybe this isn’t the time to be liking tweets from folks who don’t seem to care if you’re being racially insensitive?

The real hero of the story is Madison Hammond. The 24-year-old Angel City defender who is Native American and Black took a calm, measured approach to the situation. She spoke to Zerboni and then took to Twitter to educate her followers on why phrases like those Zerboni used are harmful.

As the only Native American in the NWSL I want to start a necessary conversation, bc phrases like these make Native Americans feel othered, invisible, and prove there is a lack of understanding and respect for Indigenous culture. They may seem harmless, but they’re not. (3/3)

Gotham FC made its first statement on the matter on Wednesday afternoon, saying it had addressed the matter internally.

Eventually, Zerboni made a better apology, tweeting on Wednesday, a few hours after Gotham’s tweet, to say she is trying to grow from this incident.

i was unaware the expression i ignorantly chose to use could cause so much harm. but ive certainly got it now no this is not Gotham’s issue. no not our media personnel, admin, etc. this is all me all my bad. thanks for pushing me to grow in ways i didnt know i needed to people

Let’s hope this is a learning moment for everyone involved as we try to make the soccer world a safer place for all. It’s been a rough week in the NWSL after N.C. Courage’s homophobic player Jaelene Daniels refused to wear a Pride Night jersey.

Exactly what needs to be said. Don’t let not learning and growing and keep you rooted in racism yall. Appreciate you Hamm ❤️ https://t.co/syRmNaYmvx