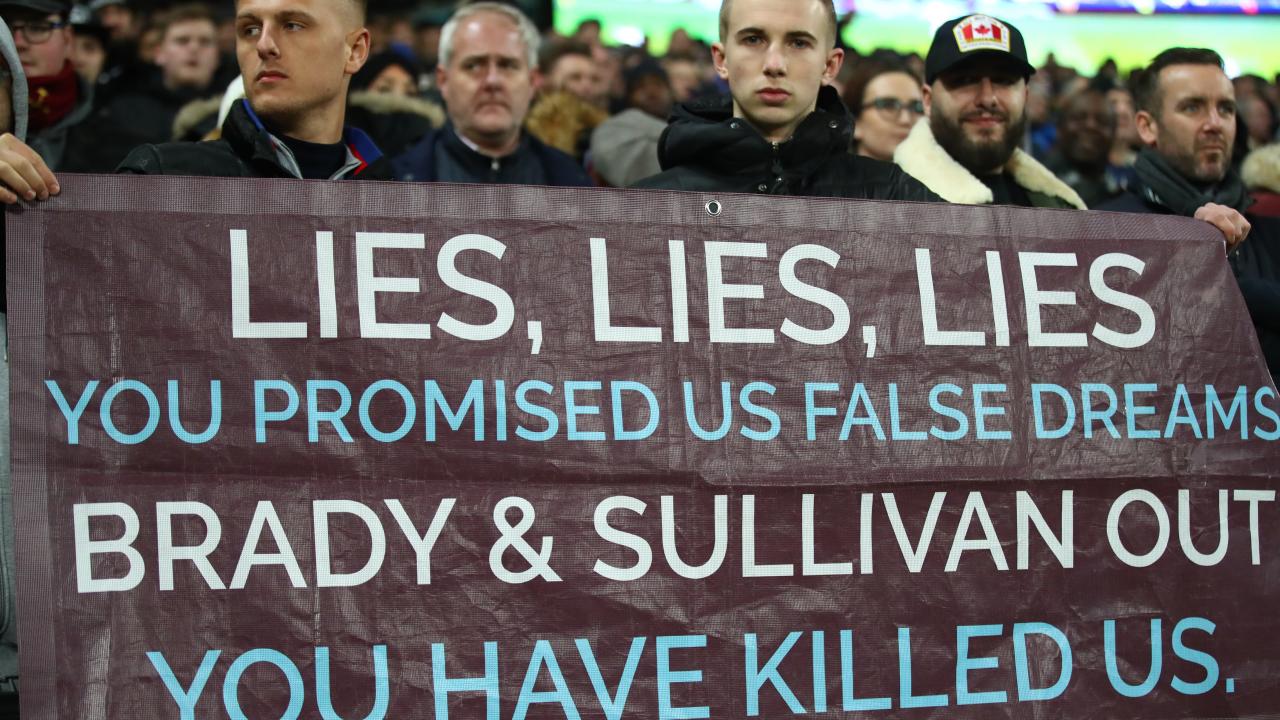 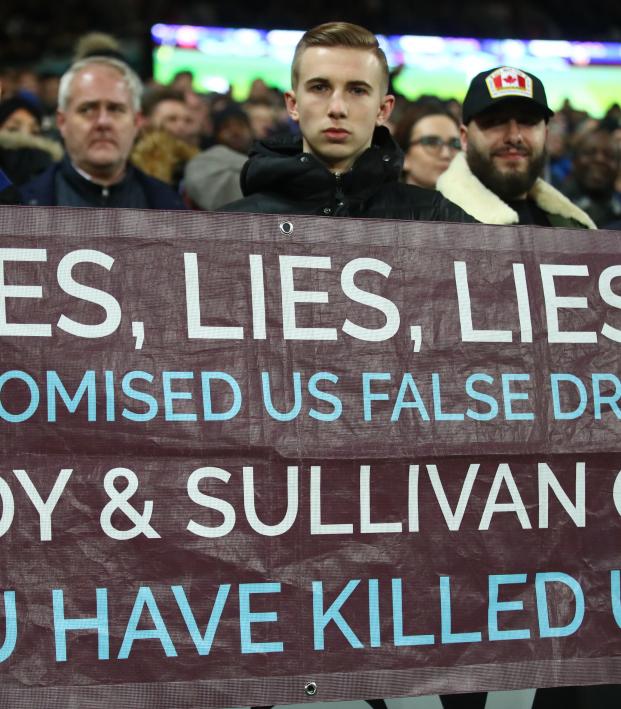 Connor Fleming January 29, 2020
Nobody expected the Hammers to beat Liverpool on Wednesday, but the defeat was more of the same abject sadness and anger that surrounds the club.

It took until the 67th minute, but it happened. Without fail, it always happens. With Liverpool leading West Ham 2-0 and supporters beginning their ascent up the stairs and out the door at London Stadium on Wednesday evening, the commentators on NBCSN began lamenting about how it all just doesn’t feel right.

For the sake of West Ham supporters, four years after the move from the Boleyn Ground, you want it to stop. You don’t want to constantly be reminded of what was and what now is — that the club went from a menacing bear’s den of an encampment to a soulless bowl that’s great advancement this past summer was the installation of a claret carpet surrounding the pitch (homely, menacing stuff).

But you can’t fight the feeling that the thrill’s gone. Obviously Liverpool sauntered into Wednesday’s fixture on the back of a 40 match unbeaten streak and having won 14 straight, but what if there had been some sense of occasion? What if the modus operandi wasn’t goal difference and an eye on this weekend’s upcoming visit from 15th-place Brighton? Shouldn’t there be more to West Ham than this?

In the end the paradigm shift was somewhat confirmed. The two-goal defeat sees West Ham floating just above the relegation zone by virtue of that aforementioned goal difference. A heavy defeat could've seen them fall as far as 19th.

So David Moyes organized the side rigidly, and it largely put the clamps on Liverpool’s flying fullbacks while the front three lacked its usual fluidity. The first goal was a penalty converted by Mohamed Salah following a rash tackle from Issa Diop on Divock Origi.

Liverpool convert from the spot! pic.twitter.com/KvJVgeXEm4

The second goal followed directly after a West Ham corner. It could’ve been avoided had West Ham properly dealt with the second or third ball, but Salah ended up providing the saucy assist for Alex Oxlade-Chamerlain to put the game to bed. A moment of silence for Manuel Lanzini here, who was trucked to the ground by the Ox and who previously could’ve scored an equalizer had he not slapped a tame effort straight into the hands of Alisson when left totally unmarked in the middle of the area.

So it’s not the worst result for Moyes and West Ham, particularly when looking at the bigger picture (the one that ominously sheds light on why Moyes was brought back despite his abject first spell at the club): Relegation must be avoided at all costs.

As revealed by West Ham’s latest accounts, the club is expected to make a pre-tax loss of nearly $37.5 million due to transfers, wages and improved training facilities. Accordingly, it’s “an absolute necessity for the future wellbeing of the club” that it stays in the PL and earns that broadcasting money.

The heights of finishing seventh during that final season at the Boleyn have been followed by finishes of 11th, 13th and 10th. Despite a net spend of $279 million over the last four years, fortune on the pitch has been hiding since the move. An expenditure of around $170 million on the attacking talents of Felipe Anderson, Andriy Yarmolenko, Pablo Fornals, Sébastien Haller and Albian Ajeti over the last two years alone has yielded a grand total of 90 EPL appearances, 11 goals and nine assists between them.

And so the commentators routinely reference the ennui driven into West Ham by owners David Sullivan, David Gold and vice-chairman Karren Brady as embodied by the London Stadium. The expenditure has been massive and the promises have been bold, but what shall it profit a club, if it shall gain the whole world, and lose its own soul?

For West Ham, the victory over Tottenham in the “raffle” for London Stadium appears increasingly like an accomplice to the destruction of the club’s very fabric.