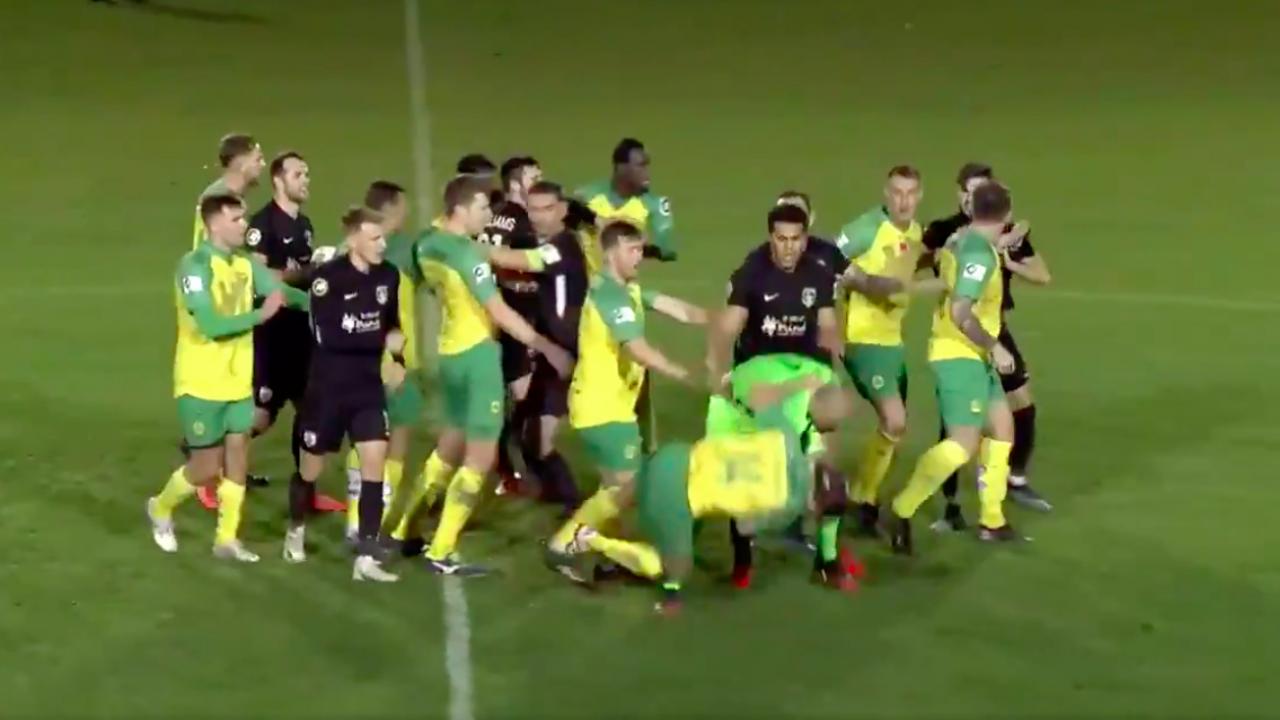 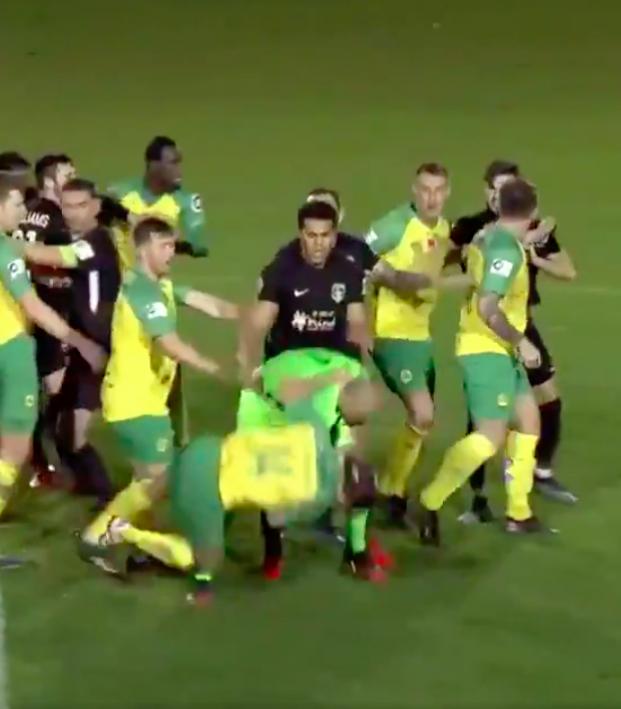 Wrestling fans have long been glued to their television sets on Friday nights to watch their favorite WWE entertainers "face off" in overdramatized wrestling performances. Now it might be time for those wrestling devotees to start watching the Welsh Premier League if they really want to experience some authentic brawling action.

Friday's match between Caernarfon Town and Connah's Quay Nomads at Caernarfon's The Oval ground played out like any other soccer match during the first 89 minutes, but with the score line poised at 1-1 in the 90th minute, a penalty decision against Caernarfon Town saw the Canaries' Sion Bradley receive a straight red card. Following a tumultuous couple of minutes, Callum Morris slotted home the spot kick to give the visiting Nomads a 2-1 advantage.

But that's only where the turmoil started.

Just moments later, Caernarfon's Paulo Mendes and Connah's Quay's Paulo Mendes came together for a crunching tackle on the halfway line, and all heck broke loose:

Friday nights in the Welsh Premier League can be feisty occasions pic.twitter.com/NjAjJljyeV

That goalkeeper has some wrestling moves (and post-takedown celebrations) more suited for the Octagon than The Oval (Caernarfon's ground).

Leave nothing on the pitch. pic.twitter.com/LVcpGMl8Zq

After the ruffian behavior concluded, Caernarfon's Noah Edwards was sent off, as were Callum Roberts and Lewis Brass for The Nomads. Perhaps someone should tell Connah's Quay Nomads' social media department not to be so excited:

We’re going to finish this with nine men and no goalkeeper!

Center back Priestly Farquharson was forced to stand between the sticks for The Nomads for the last few minutes following goalkeeper Lewis Brass' red card. The match stretched past the 100-minute mark, but Farquharson was able to keep the ball out of the net and his side held on for a 2-1 victory.

Who would have thought that a Welsh Premier League soccer match would provide more authentic wrestling action than the last decade of WWE events? But that's 2020 for you. You have to enjoy your soccer brawls as they come and just hope they include a body-slamming goalkeeper.