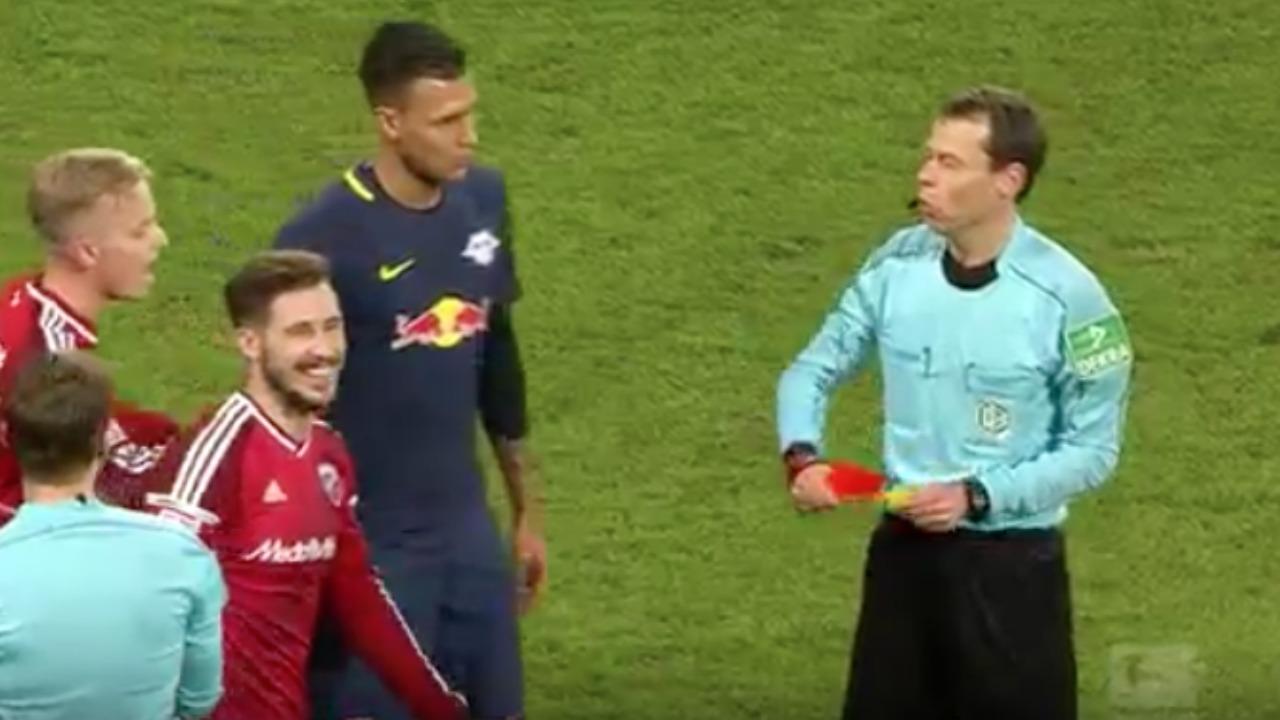 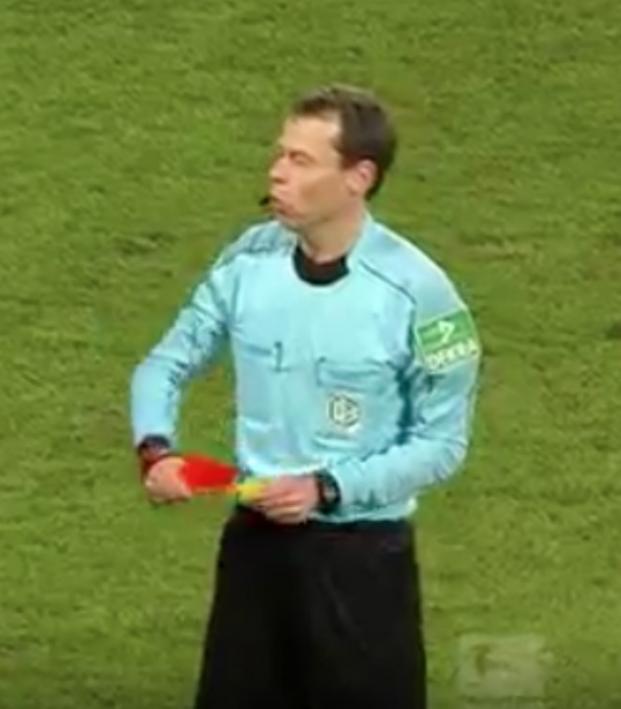 Saturday’s match between Bundesliga leaders RB Leipzig and relegation-threatened FC Ingolstadt was remarkable in that the team at the bottom pulled off a highly improbable 1-0 upset.

What was exceedingly exceptional was what transpired in second half stoppage time. Referee Markus Schmidt, who’d apparently just put down Niccolo Machiavelli’s The Prince before running out to officiate this match, showed that it is indeed safer to be feared than loved.

Schmidt showed five cards in just over ten seconds, beginning with sending off home striker Mathew Leckie after booking him for a foul, and then again for kicking the ball away in protest.

Schmidt knew that only a single yellow wouldn’t suffice, for “If an injury has to be done to a man it should be so severe that his vengeance need not be feared.” Hit the showers, Leckie!

The next name in the book was Leipzig’s Davie Selke, who appears to have absolutely no idea what’s going on. At this moment, Schmidt is probably telling him something along the lines of “Never attempt to win by force what can be won by deception.” Schmidt deceives him by booking him for simply existing. Don't do that again, Schmidt.

Finally, Florent Hadergjonaj is booked because “He who wishes to be obeyed must know how to command.” Markus Schmidt is clearly a man who wants to be obeyed.