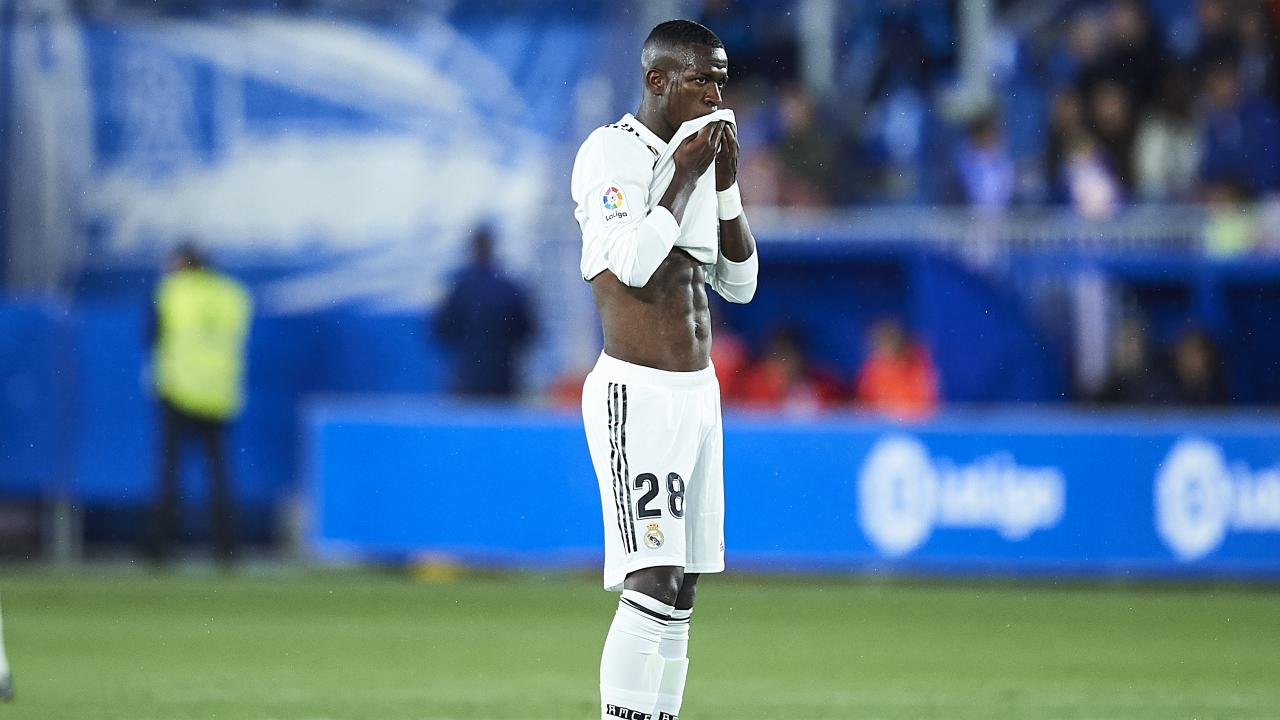 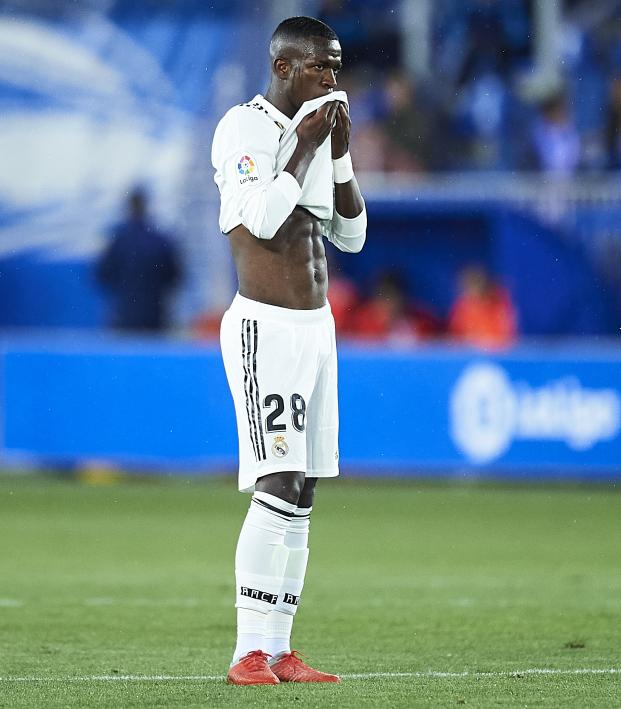 Connor Fleming October 21, 2018
Vinícius scored his fourth goal for Castilla, but his second book will rule him out of El Clasico.

Real Madrid Castilla (the club’s reserve team) kept up its fine start to Segunda División B Group 1 play with a 1-1 away draw to Celta Vigo B on Sunday. 18-year-old Brazilian phenom Vinícius Júnior scored his fourth goal in five appearances for the team, but any hopes of being involved in next Sunday’s El Clásico at the Camp Nou were dashed when he was sent off for diving shortly after.

After impressing with Brazil’s U-20 side over the international break, it was probably for the best that Vinícius Jr. played this weekend with the Castilla team and avoided the calamitous home defeat that the senior side experienced at home to Levante.

However, given Real’s struggles and the precarious nature of manager Julen Lopetegui’s job security, Vinícius Junior’s opening goal today — an expertly taken free kick that the attacker won himself — would’ve certainly put him in contention for a place next weekend.

But the 83rd minute equalizer was shortly followed by his second booking, this one for simulation. Regulations in Spain stipulate that his suspension applies to both the Castilla and senior side, so — barring a successful appeal from Real Madrid — he’ll be sitting next weekend out.