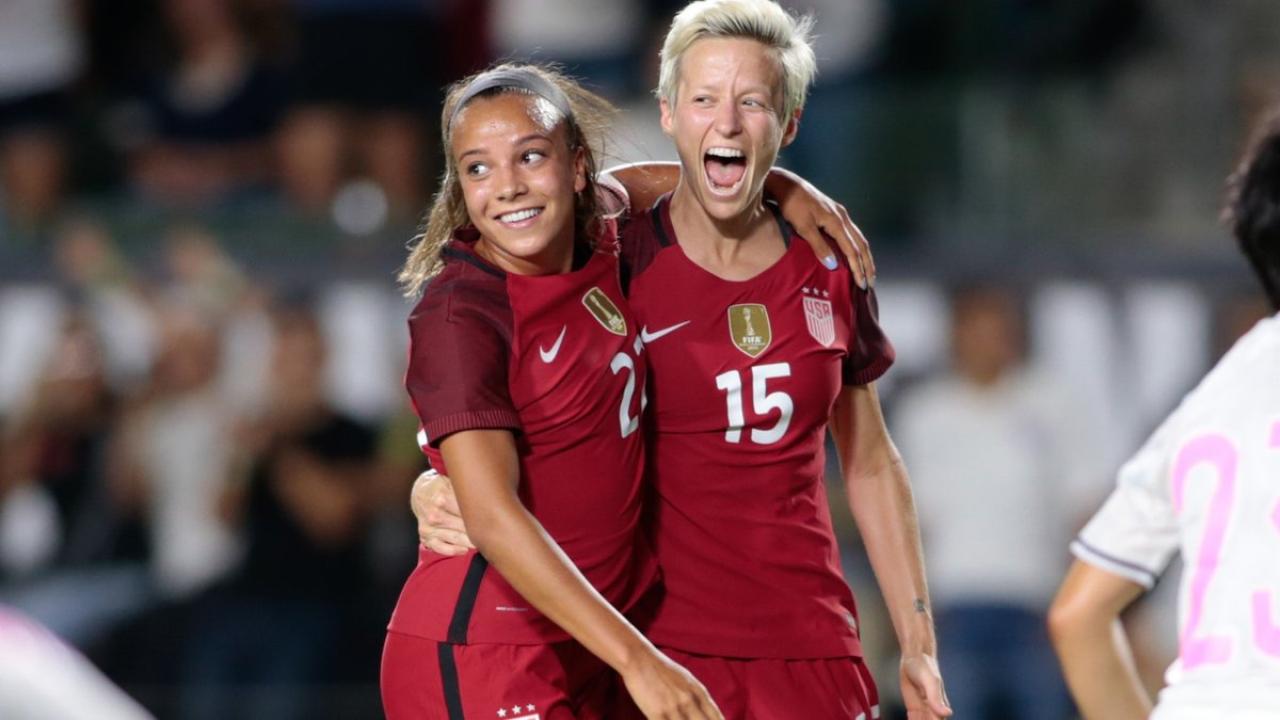 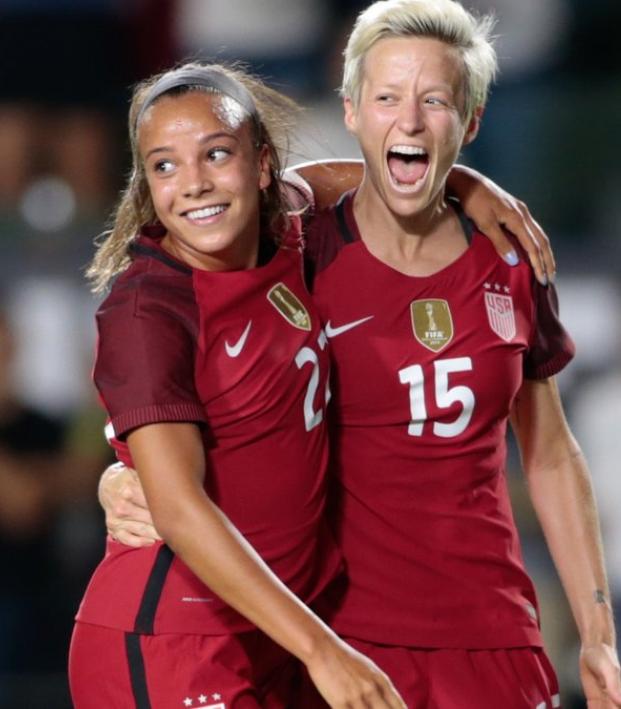 USWNT To Renew Rivalry With Mexico In April

Travis Yoesting February 7, 2018
The two neighbors have met just once in the last 2.5 years.

The USWNT is currently gearing up for the SheBelieves Cup slated for March 1-7, but the American women will be facing a different kind of rival a month later. A USWNT vs. Mexico friendly will be played on April 8 at BBVA Compass Stadium in Houston, U.S. Soccer announced on Wednesday.

The U.S. women have played Mexico 34 times, but just once in the last two-and-a-half years. A renewal of the USWNT vs. Mexico rivalry will be a welcome experience for teams from both sides of the border. The USMNT still hasn’t announced any friendlies for the FIFA international dates in March, but the women are on point with their scheduling.

The match will be at 12:30 p.m. local time (1:30 p.m. ET) and broadcast on FOX from the home of the Houston Dash. It will be the first time the USWNT gets together after the start of the 2018 NWSL season. Both teams will have an eye on CONCACAF World Cup qualifiers for the 2019 World Cup set for later this fall.

Fixin' to be a good one!

The #USWNT will host Mexico in Houston this April » https://t.co/t7M4sdMCAU pic.twitter.com/MAz7Gw9Tsy

“We will look forward to refocusing on our team goals as we continue to move towards World Cup qualifying,” USWNT coach Jill Ellis said. “Mexico has made great strides at the senior and youth levels, and that benefits our region and our team as it gives us the opportunity to play more quality matches against CONCACAF opponents.”

Mexico has beaten the U.S. just once, a stunning 2-1 victory during 2011 World Cup qualifying that nearly knocked the Americans out of the tournament. The U.S. has 32 wins and one draw. But Mexico is an improving team in CONCACAF, one with an eye on reaching a third straight World Cup next year in France.

Of particular note in this friendly will be the number of players from each side with ties to the opponent. Mexico features a number players born and raised in the U.S., like goalkeepers Emily Alvarado and Bianca Henniger and midfielder Teresa Noyola, a former Hermann Trophy award winner as the best collegiate player. Additionally, this match marks the first time USWNT defender Sofia Huerta will be able to play against Mexico, the country she represented at the U-20 level before making a one-time switch. 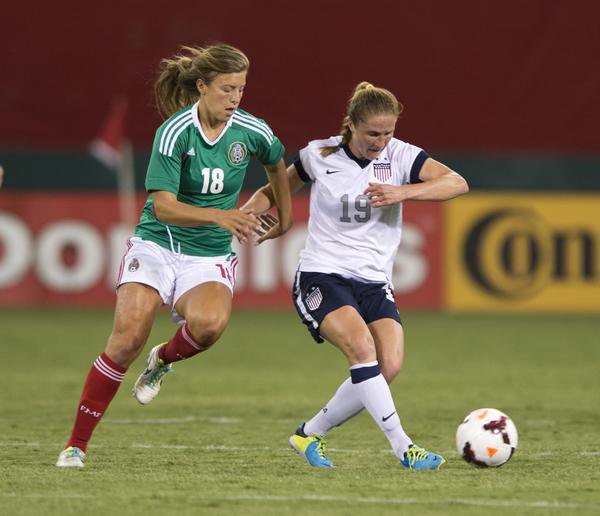 USWNT defender Sofia Huerta (left) played for Mexico at the youth level and could face her former team in April. Photo: @WoSoComps | Twitter

NWSL has yet to release its schedule, so it’s unknown what matches (if any) will coincide with this USWNT vs Mexico friendly. Liga MX Femenil will be in the last week of its Clausura regular season.

Prior to the USWNT vs Mexico match, the U.S. women will play Germany, France and England in the SheBelieves Cup in March cities across the U.S.