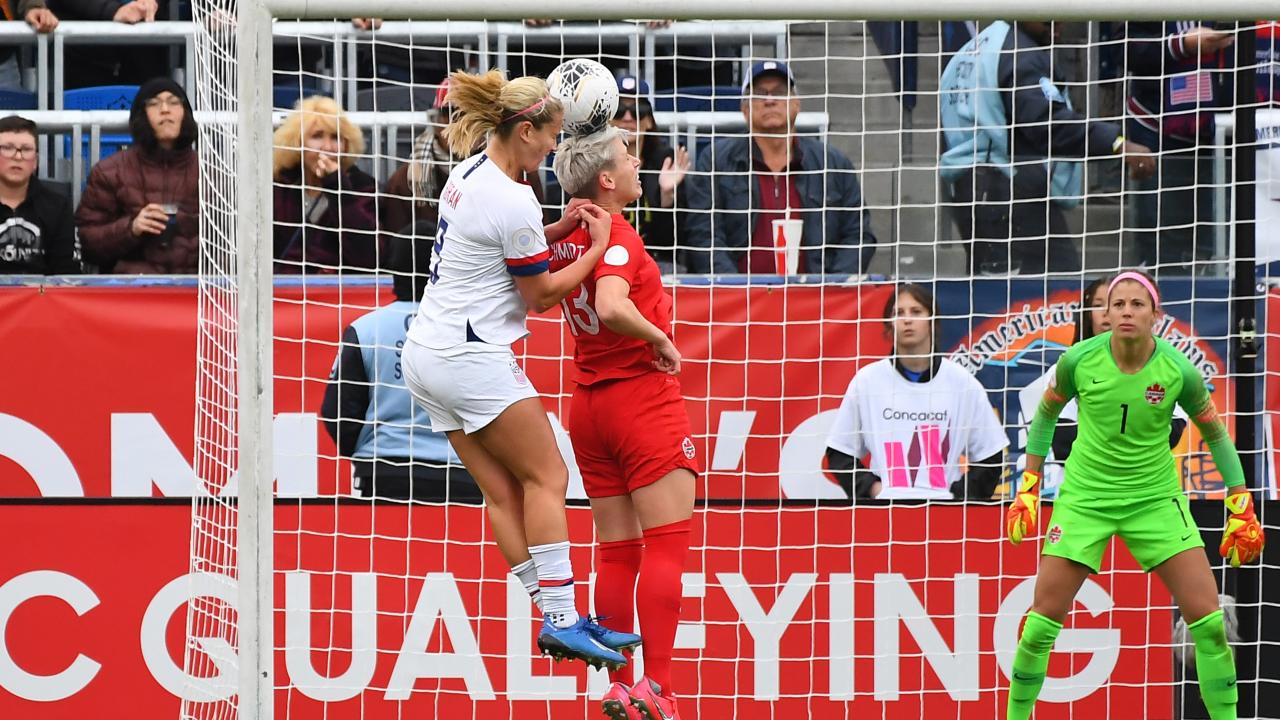 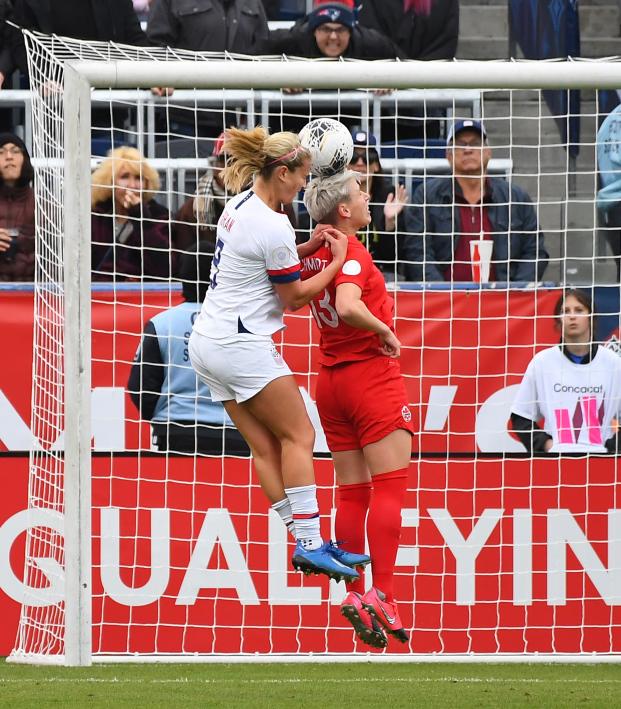 Connor Fleming February 9, 2020
The U.S. defeated Canada 3-0 to put the finishing touches on a great campaign for Tokyo 2020.

The USWNT has triumphed at the 2020 CONCACAF Women’s Olympic Qualifying Championship following a 3-0 victory over Canada in the final on Sunday. After a scoreless first half, Lynn Williams, Lindsey Horan and Megan Rapinoe all got on the scoresheet to accentuate a perfect campaign for Tokyo 2020.

You could forgive both nations for failing to provide a peak performance. The message from day one of training camp will have been to secure passage to the Olympics, and both the U.S. and Canada accomplished that on Friday. So Sunday’s final involved two teams playing again after one day’s rest.

Still, it’s always an event when these teams meet, especially so when there’s a trophy on the line. Both had won all four of their matches en route to the final, and neither side had conceded a goal yet.

That defensive solidity and tactical structure was on display in the first half. The USWNT went closest through Christen Press, who entered the match with five goals to her name at this tournament.

In the 33rd minute, she cracked a full-blooded half-volley off the crossbar.

Close for Canada! Sinclair gets on the end of a through ball and almost scores her first goal against @USWNT in Concacaf play! Still 0-0 in Carson. #WeBelong #CWOQ pic.twitter.com/0hfvjx6jMI

The USWNT finally found the breakthrough on the hour mark after Canada right back Jayde Riviere cheaply gave possession to Lynn Williams inside her own area.

The North Carolina Courage striker duly punished the mistake with an emphatic finish.

The first goal was somewhat fortuitous, but the second strike highlighted the skill of this U.S. side. It began with Sam Mewis floating a deep cross towards Williams, who cushioned a header back to Lindsey Horan.

Standing 15 yards from goal, Horan used two touches to eviscerate veteran Canadian defender Allysha Chapman, and her third touch was a left-footed strike that kissed the inside of the post.

The Great Horan does it again! 2-0 for @USWNT over Canada in the #CWOQ final. #WeBelong pic.twitter.com/GcCTfdDZ3P

Look at it again but in beautiful slow motion.

Williams then grabbed another assist in the 87th minute when playing Megan Rapinoe clear on goal. Rapinoe slotted home her 51st international goal and first since the World Cup final.

Does the celebration look familiar?

The Olympic tournament will take place between July 22 and August 8 in Japan. Before then, the USWNT will compete at the SheBelieves Cup from Mar. 5-11 against England, Spain and Japan.