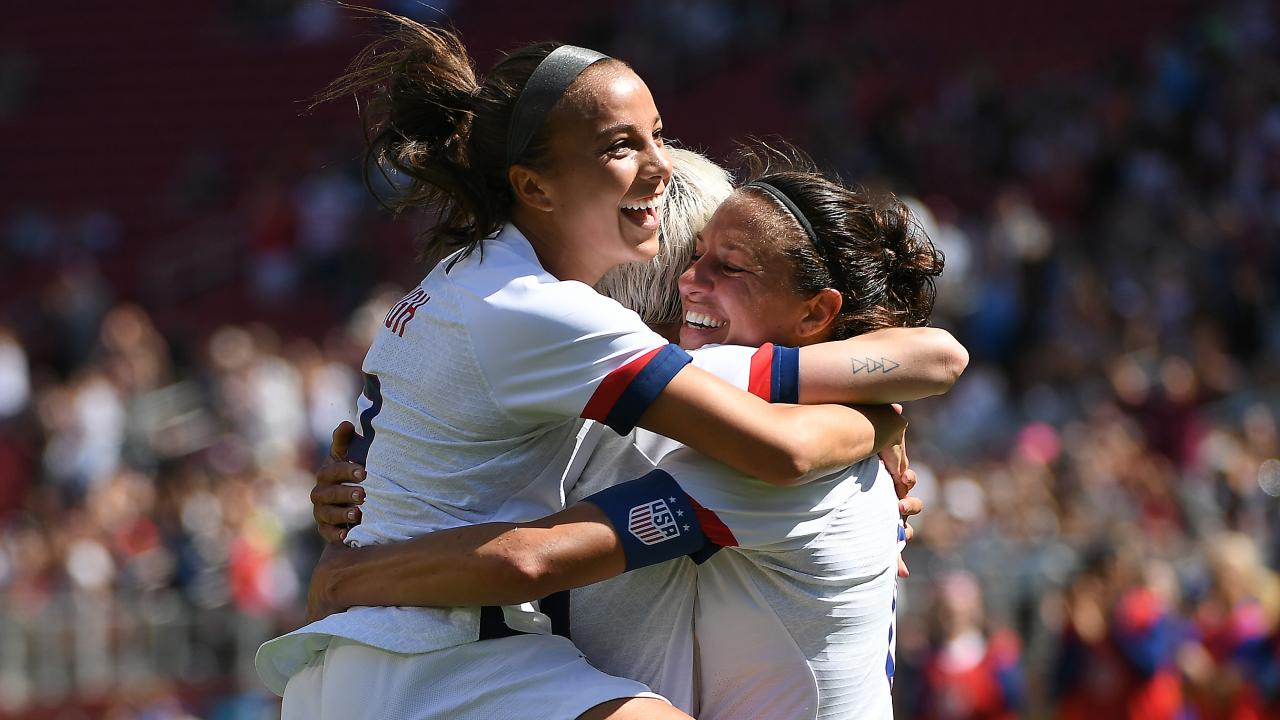 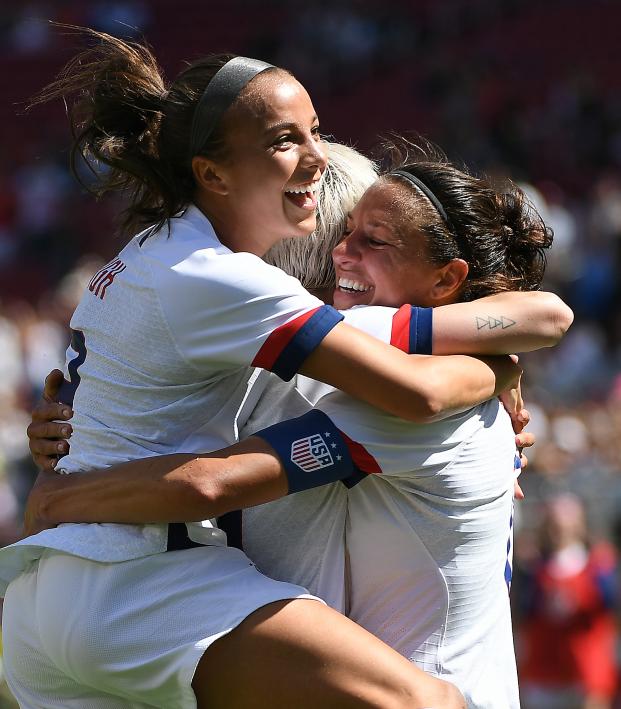 The 2019 FIFA Women’s World Cup is only 25 days away, and the USWNT is showing how prepared it is to defend the title. In its first Send-Off Series match against South Africa on Sunday night in Santa Clara, California, the USWNT struggled to find the back of the net until the 36th minute.

Samantha Mewis took matters into her own hands when she beat a South African defender at the top of the box and put the U.S. on the scoreboard.

The Red, White and Blue maintained the majority of possession and continued to be dangerous around the box.

Although the second half started slow, in the 77th minute Megan Rapinoe used her international experience to her advantage by quickly setting up a set piece and catching South Africa off guard. She found Mewis for her second goal of the game.

It don't have to be pretty, just has to get in there. Quick thinking from @mPinoe leads to @sammymewy's second career brace! pic.twitter.com/k3Wc6CfRX2

Mewis was having herself a day, and the USWNT showed just how deep its bench is because whoever got subbed in made an immediate impact. This is a huge advantage for the Americans as they head into the World Cup.

When Carli Lloyd entered the game she had to get in on the scoring action. But she had to do it the Carli way — with a double nutmeg in the 91st minute, tallying her 108th goal and becoming the fourth all-time USWNT scorer.

Jill Ellis proved to be the better Ellis as South African coach Desiree Ellis struggled to keep up with the U.S. tactics.

World Cup mode is officially in action and the U.S. has two more friendlies until heading to France. The U.S. will face New Zealand on May 16 at 7p.m. CT and finish the Send-Off series against Mexico on May 26 at 12 p.m. ET.