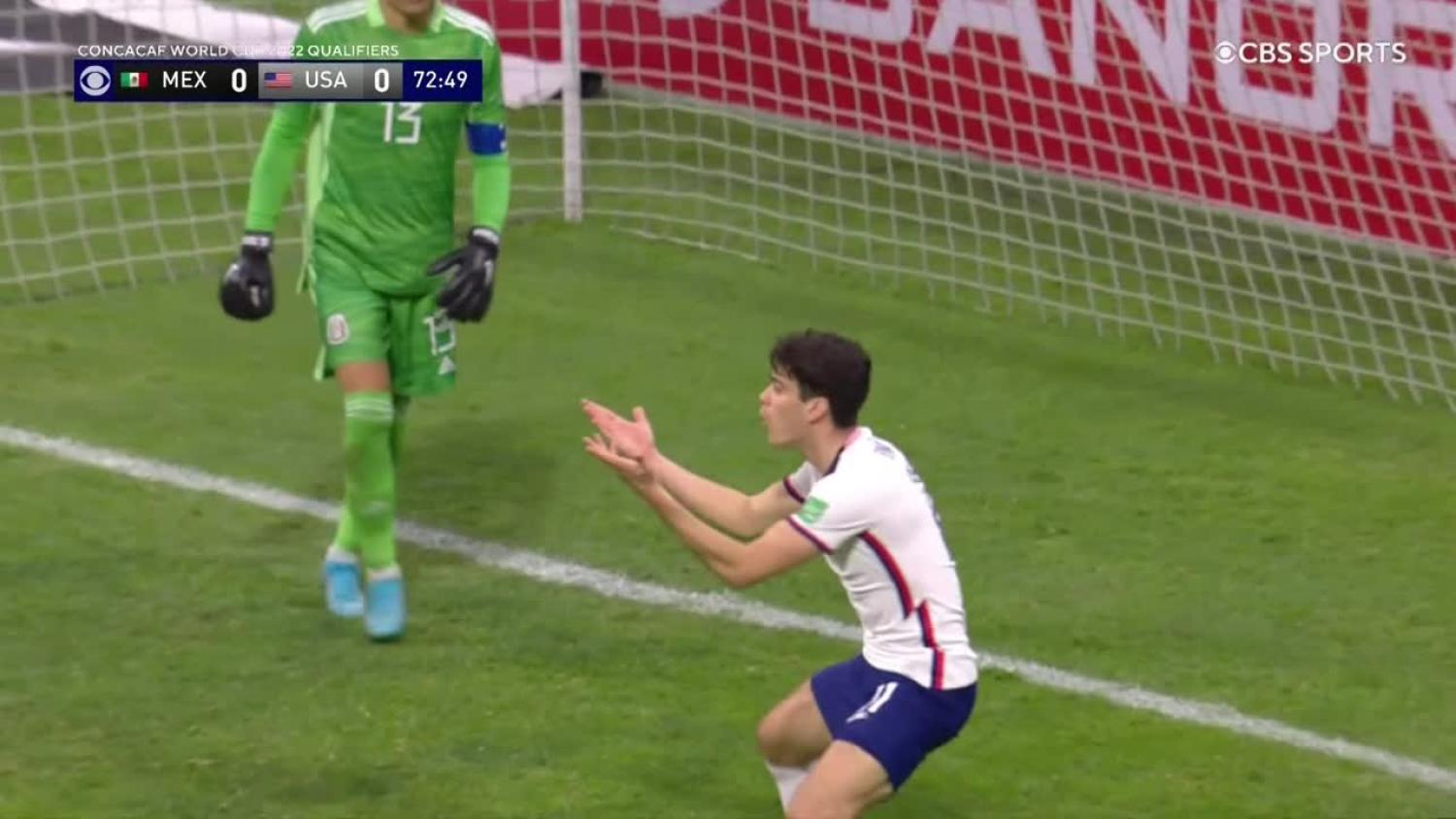 It's a great result, but the U.S. needs to start scoring.
The18

The United States earned a massive point at the Azteca on Thursday night to make its path to the 2022 World Cup that much clearer, but there's a lingering feeling that the team could've returned home with all three had it been more clinical in the final third.

The USMNT remains second in the table and only needs a win against Panama in Orlando on Sunday to book its place at the World Cup, but there's still a lingering question over who the team can rely on for goals in its final two matches of the Octagonal.

The loss of both Brenden Aaronson and Weston McKennie clearly hurts. Christian Pulisic is capable of shouldering a lot of the burden but he needs help. After his incredible start in this category (goalscoring) which served to ignite America's campaign, Ricardo Pepi had another quiet performance against Mexico.

A popular opinion was to turn to the hottest hand at club level, Jordan Pefok, but the man who's decimated the Swiss Super League produced a miss after being teed up by Gio Reyna that left the Borussia Dortmund prodigy in total disbelief. This is The American Dream processing an American nightmare.

It might be a fully healthy Reyna that proves the difference against Panama. He's poetry in motion.

We see you Gio Reyna pic.twitter.com/F49wJUzd07