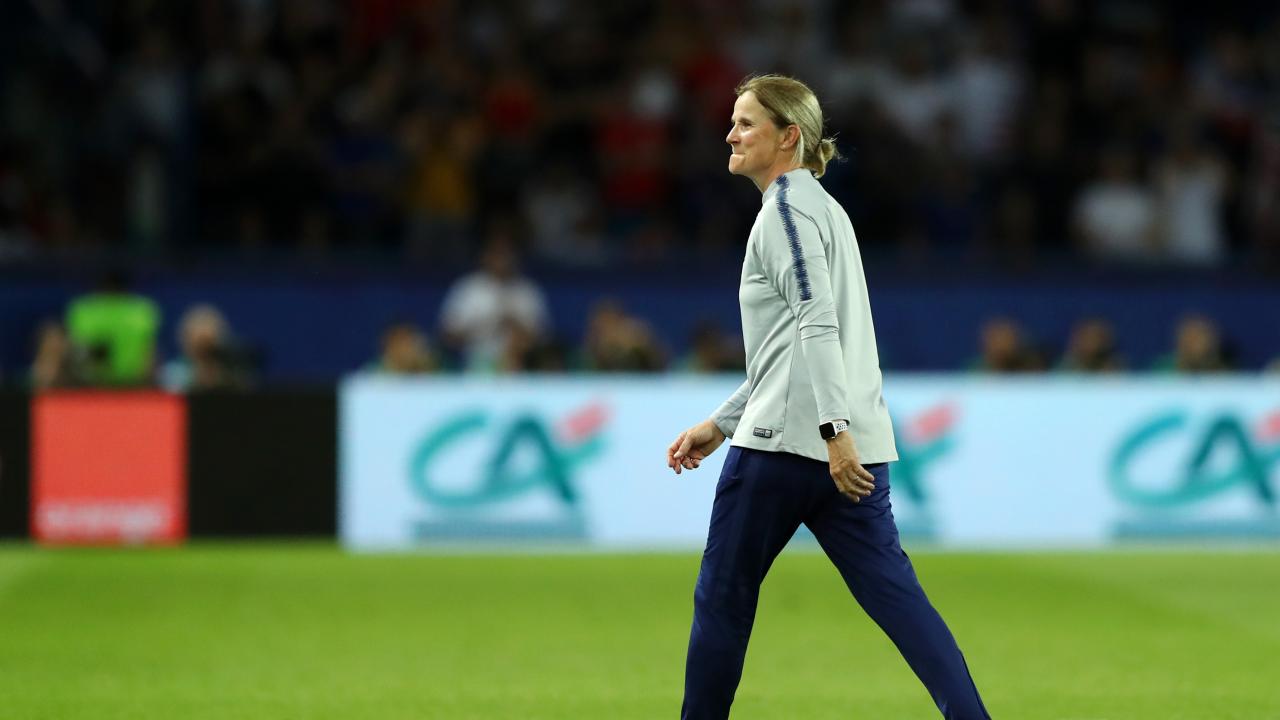 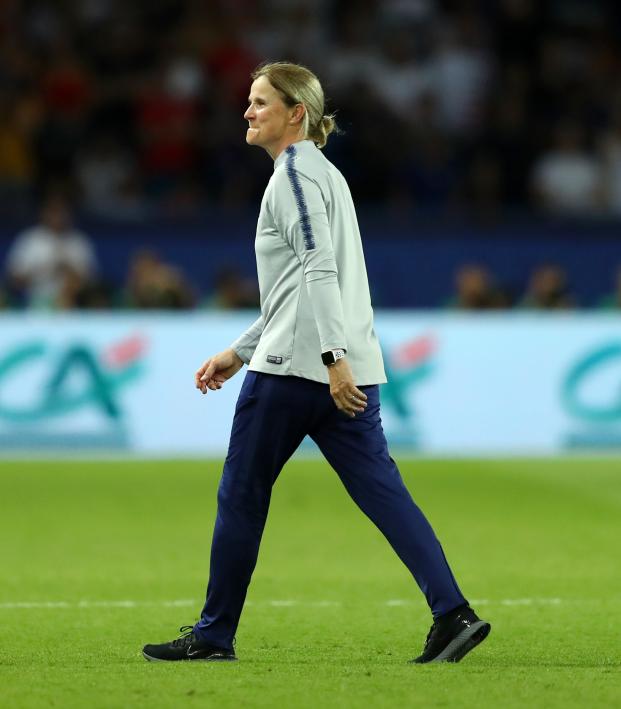 After France Win, Maybe We Should Get Off Jill Ellis’ Back

The United States is into the semifinals of the 2019 Women’s World Cup, continuing its incredible streak of reaching the final four in all eight editions.

The USWNT did it by seeing off host France, seen by many as the biggest challenger to the No. 1 team repeating as world champion. The 2-1 win on Friday night in Paris was coach Jill Ellis’ 100th win in charge of the Americans, including 11 wins and one draw with no losses in World Cup play.

Hope Solo may disagree, but maybe we should give the Englishwoman a bit of respect for what she’s accomplished with Team USA.

Friday’s match was Ellis’ record 125th as USWNT coach, passing Tony DiCicco for most all time. Ellis’ 100 wins only trail DiCicco’s record 105. Just as impressively, Ellis’ USWNT has lost just seven times since taking over in 2014, one fewer than DiCicco’s teams.

None of this has stopped people from criticizing the USWNT coach, both before and during this Women’s World Cup.

Hope Solo made waves in the build-up to the tournament when she criticized her former boss, saying she’s not the leader she thinks the U.S. needs. Many of her criticisms, detailed here, rang true in a narrow 2-1 win over Spain in the round of 16, as we ourselves noted.

There are many reasons why Ellis baffles pundits, fans and onlookers of all types. She doesn’t always make the obvious substitution, she often contradicts herself and many believe the U.S. succeeds in spite of her, not because of her.

Before Friday’s match against France, many — ourselves included — questioned her decision to stick with Sam Mewis in midfield over 2018 NWSL MVP Lindsey Horan in the starting XI. Why claim you want to get your best players on the pitch to explain Crystal Dunn at left back but then leave Horan on the bench behind Mewis and Rose Lavelle, especially against a team with such aerial threats as France?

Well, maybe we should have just trusted Ellis.

Mewis played great against France, providing a link between defense and attack, helping Dunn on defense and blasting some long-range shots to keep Sarah Bouhaddi on her toes in goal.

When Ellis did bring Horan on in the 62nd minute, it was for Lavelle, not Mewis, giving the U.S. perhaps the most physical midfield in the tournament, led by the indefatigable Julie Ertz.

Megan Rapinoe scored in the fifth minute and the U.S. was able to lock down defensively for the rest of the match while still threatening on the counter. Rapinoe made it 2-0 in the 65th minute on the break and Tobin Heath should’ve made it 3-0 but for a missed offside call.

Solo said the USWNT goalkeepers aren’t as good as she was — to be fair, who is? — but Alyssa Naeher wasn’t tested often in goal, with Mewis and Julie Ertz always around to help out defensively if Becky Sauerbrunn or Abby Dahlkemper were in trouble.

So solid was the U.S. defense — which, mind you, Ellis orchestrated, having moved Ertz from center back to midfield after the 2015 Women’s World Cup — that France resorted to the occasional dive. Amel Majri looked like a men’s player taking a flop in the box early in the match.

While France did break through on a set piece — how do you let Wendie Renard run so freely? — the Americans did what they had to on defense to get the win and advance.

In reality, the U.S. was unlucky not to lead 3-0 by the time France scored, as the lack of a VAR check for Crystal Dunn being called offside on Heath’s called-back goal was bizarre.

Ellis’ substitutions, unlike against Spain, seemed to spark the U.S. and were positive moves that were a big reason why the Americans were able to hold on for the win despite France’s desperate efforts. Getting Rapinoe out was important so she didn’t pick up another yellow card that would have resulted in a suspension for the semifinal and Carli Lloyd provided her usual verve in midfield when she replaced Mewis.

The U.S. now faces its next biggest test yet against England. The Three Lionesses have impressed so far this tournament, including back-to-back 3-0 wins in the knockout rounds.

Ellis deserves praise after the big win against France, but she’ll be thrown onto the hot seat if she can’t get the U.S. past England.

The @USWNT eliminated the hosts to reach their record 8th straight #FIFAWWC semifinals. All the highlights in our 90' in 90"  #BelieveWithUS pic.twitter.com/PydkbJ7Nkd