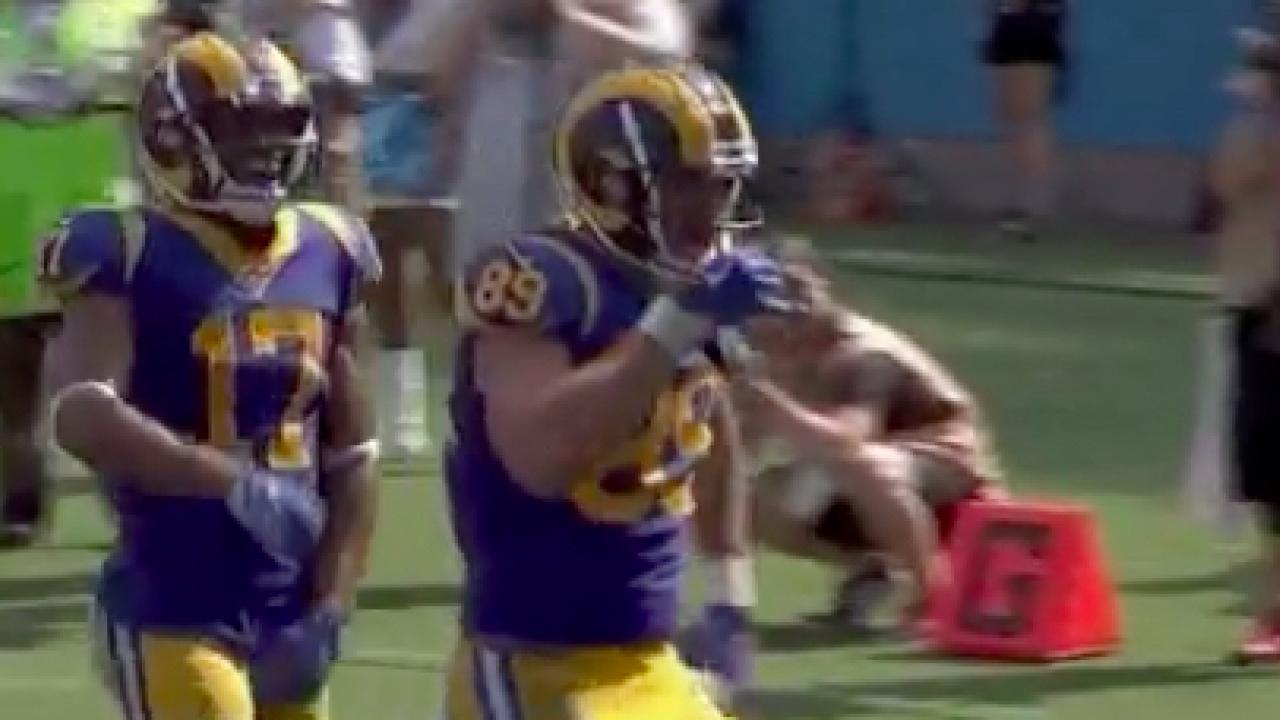 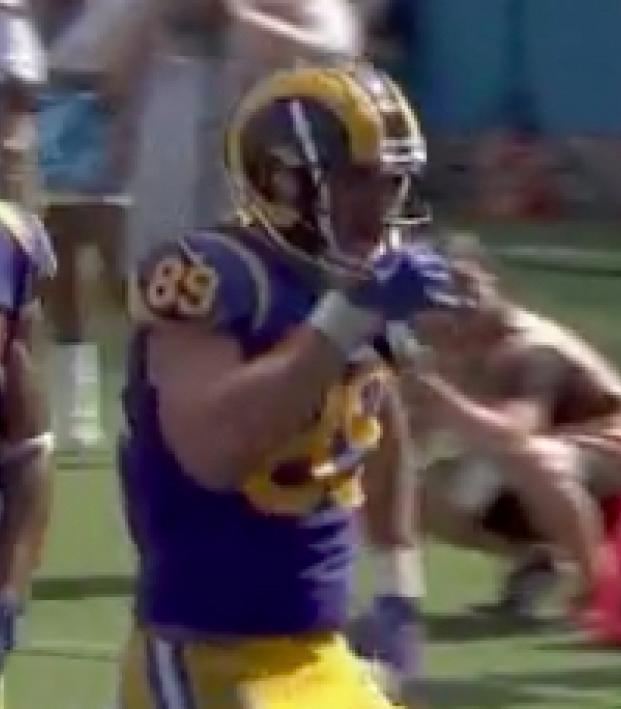 In American football action on Sunday, the Los Angeles Rams defeated the Carolina Panthers thanks in large part to a fourth quarter touchdown reception from tight end Tyler Higbee.

Higbee’s celebration — pantomiming a sip of tea with his pinky extended — was reminiscent of Alex Morgan’s celebration after scoring the game-winning goal against England in the semifinals of the Women’s World Cup back in July. (We'll see if Higbee's actions are now labeled "distasteful" by some, but we doubt it.)

Morgan noticed and sent a tweet at the Los Angeles Rams and Higbee. The Rams responded with Morgan’s now-iconic response when asked to explain her celebration: “And that’s the tea.”

First the celebration inspired the Amarillo Sod Poodles to run with a #SipTheTea cam, now it’s got NFL players doing the same.