The Trinidad & Tobago Wikipedia Page Was Edited To Drag The USMNT

Sam Klomhaus October 11, 2017
Internet jokesters wasted no time after the USA was eliminated from the World Cup.

The USMNT was eliminated from World Cup qualification Tuesday in humiliating fashion, and folks have wasted no time dancing on the grave of the USA's World Cup hopes.

It has since been changed, but this was the state of the Trinidad & Tobago Wikipedia page last night: 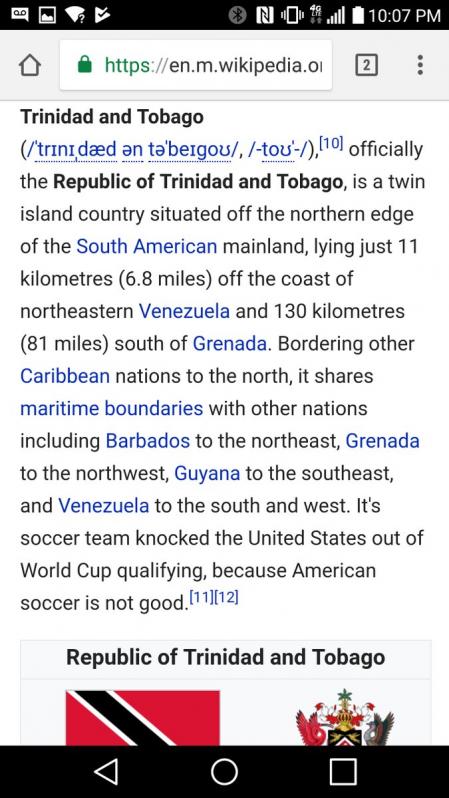 (USA fan here: we deserve all of this. The whole hex was just a disaster that could have been prevented)

The internet shows no sympathy for any man, woman or organization, and the USMNT is no exception. Sunil Gulati should print out these pictures and frame them and hang them in his office as reminders that nothing can ever be taken for granted, and as soon as one takes something for granted that thing disappears in a puff of smoke and then one gets deservedly roasted on the internet.