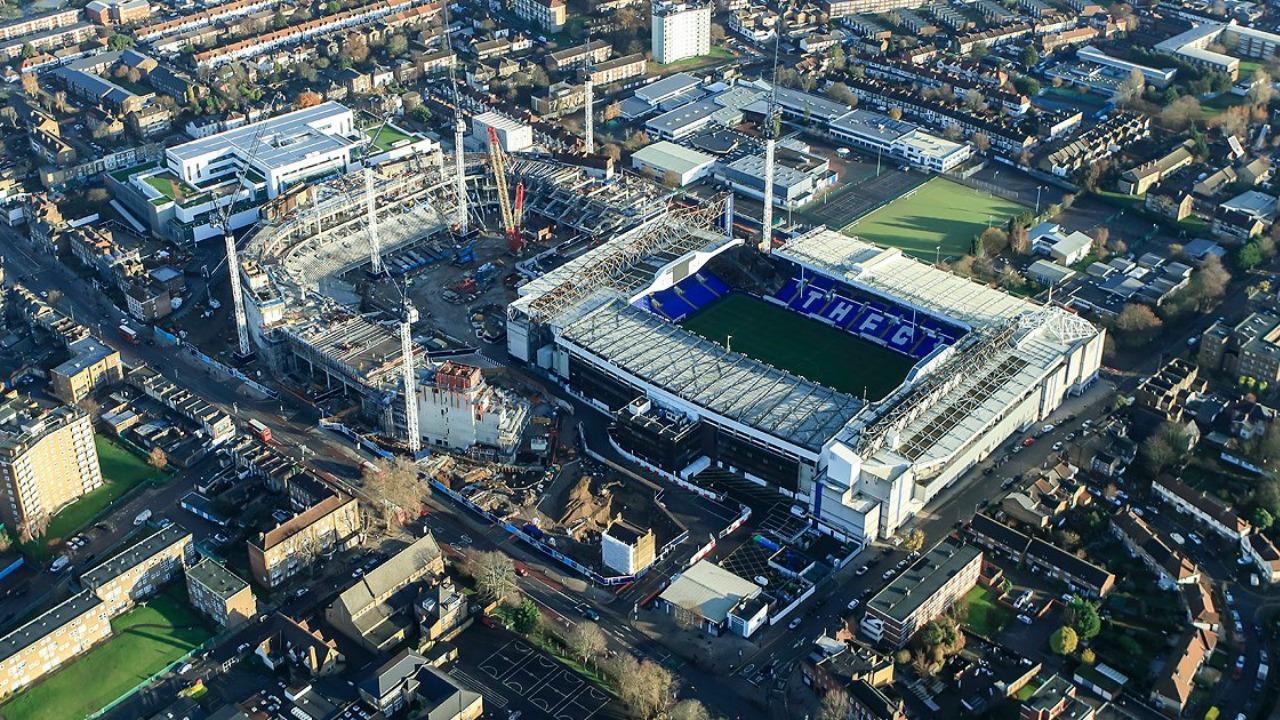 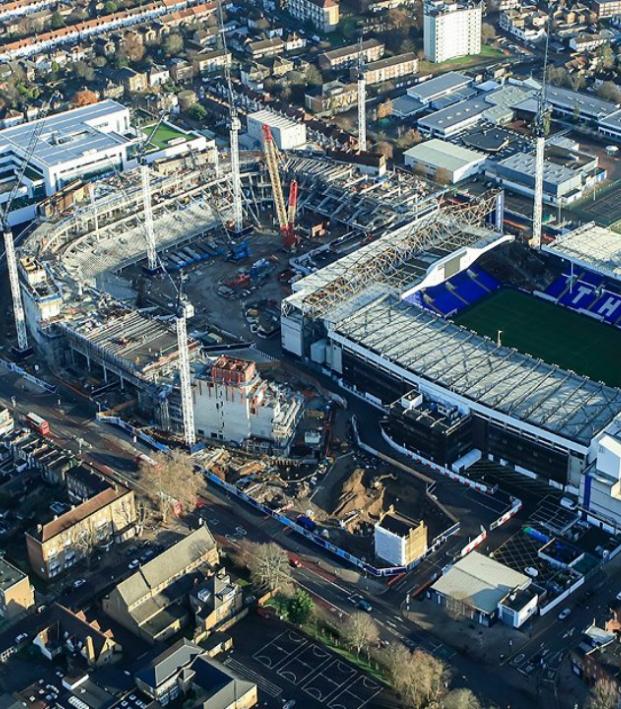 Tottenham’s New Stadium Is Slowly Eating The Old One

Replacing a stadium that’s been around since 1898 was always going to be a difficult task for Tottenham’s ownership group, but ENIC International and chairman Daniel Levy appear to have gotten what is, for now, known as the Northumberland Development Project just right.

White Hart Lane, home to Tottenham Hotspur since 1899, was limited to a capacity of just over 36,000, and Spurs began exploring options for a new ground as far back as 2006.

After West Ham were awarded the use of the Olympic Stadium, plans to build a new stadium adjacent to the Lane were put into effect. At a cost of nearly $500 million, Tottenham’s new stadium will boast a capacity of 61,000, and, most importantly for supporters, the stands will be closer to the pitch than any other venue of its kind.

The new stadium has now begun to emerge from the shadow of the old one, creating a strange image in a dense part of North London.

The stadium is set to open for the 2018-19 season, with Tottenham playing their home matches at Wembley throughout 2017-18.

The stadium also features a single tier stand with 17,000 seats, guaranteeing a wall of noise for visiting clubs. Also, in accordance with an agreement to play a minimum of two NFL games a season for ten years at the stadium, the venue will feature a fully retractable pitch.