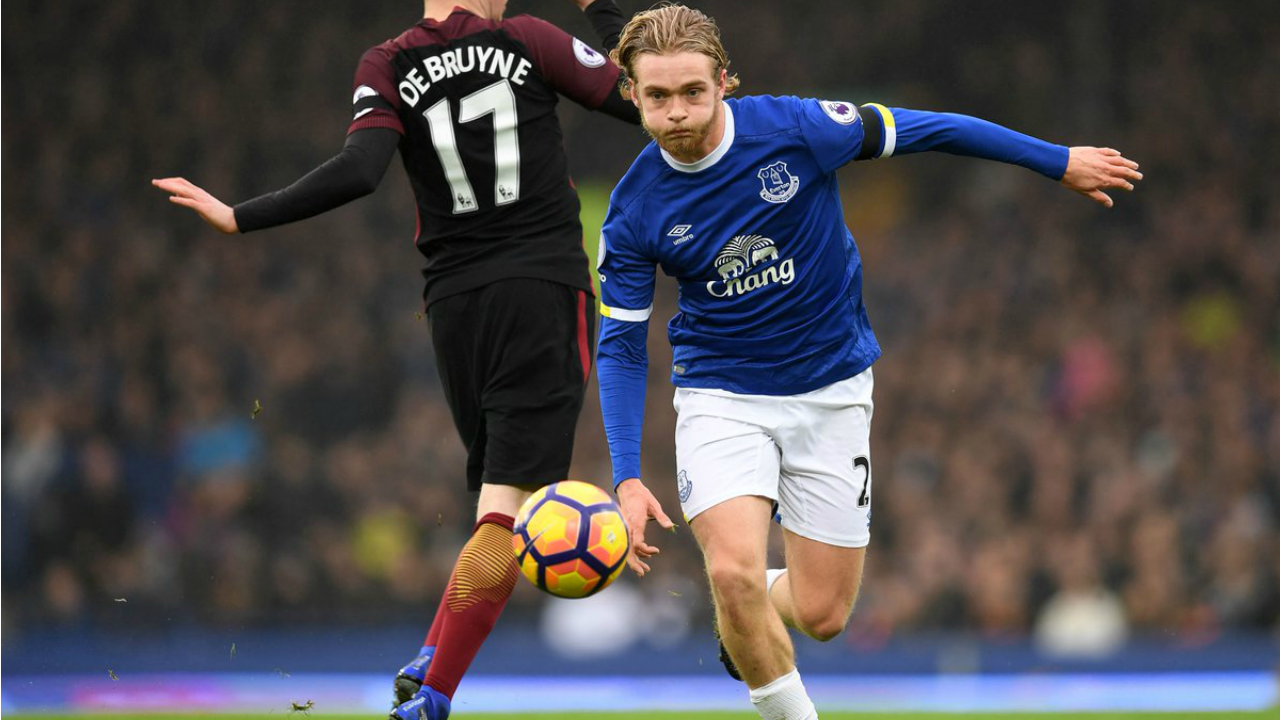 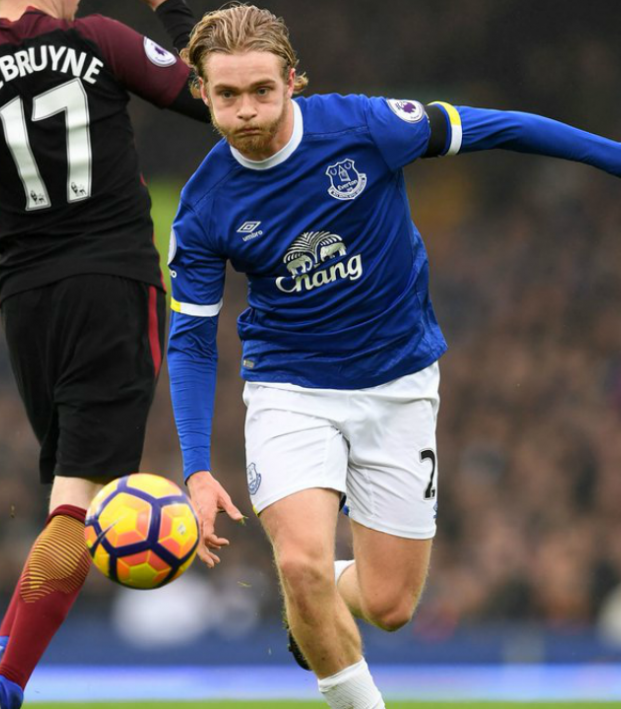 Going into Sunday’s match against Everton, Pep Guardiola was faced with the dilemma of having neither of his preferred midfield options available for selection. After Ilkay Gundogan’s cruciate ligament injury in December and Fernandinho’s suspension, the unlikely pairing of Pablo Zabaleta and the once discarded Yaya Toure were left to enact the Guardiola philosophy.

With 71% of possession in the match and more shots than Everton, statistically, this was achieved. But Manchester City were sterile and ineffective in possession while Everton, spearheaded by an indomitable display by an 18-year-old with a mop of bedraggled blonde hair and speculative stubble, played with an incisiveness that yielded four goals from four shots on target.

That 18-year-old was the precocious Tom Davies. Davies, who joined the club at the age of 11, made his second Premier League start and was named Man of the Match against City’s collection of mega millionaires. Fearless in possession alongside Barkely and quick to disrupt any sort of attacking rhythm for City, Davies is another in the long line of excellent talents to have emerged from Everton’s Finch Farm.

His exceptional through ball to Kevin Mirallas allowed the Belgian to square for Romelu Lukaku’s opening goal.

When you know, you know. Lukaku knew that one was good. Everton up 1-0 on Man City. #PLonNBC pic.twitter.com/HwqQodXHpq

His incessant work rate was rewarded with a goal of his own, Everton’s third, in the 79th minute. His clipped finish over the hapless Claudio Bravio was proceeded by a “Ronaldo Chop” that left Gael Clichy and Toure floundering in his wake.

Guardiola has now ruled City out of the Premier League title race, and he still undoubtedly needs more time to put his stamp on the team. Essentially, he needs to purchase a midfielder more in the mold of Davies.

Everton should be commended for looking within for talents like Davies, Barkley and for giving another young Englishman, Ademola Lookman, his Premier League debut against the four-time English champions.