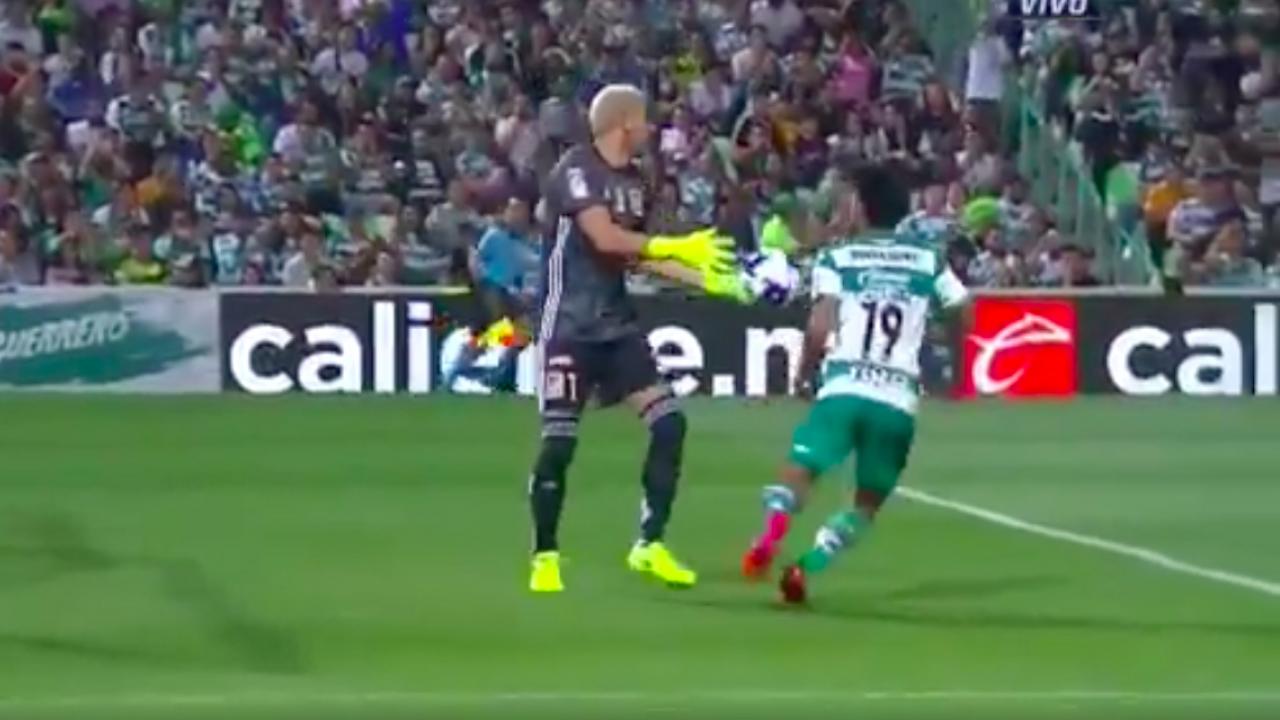 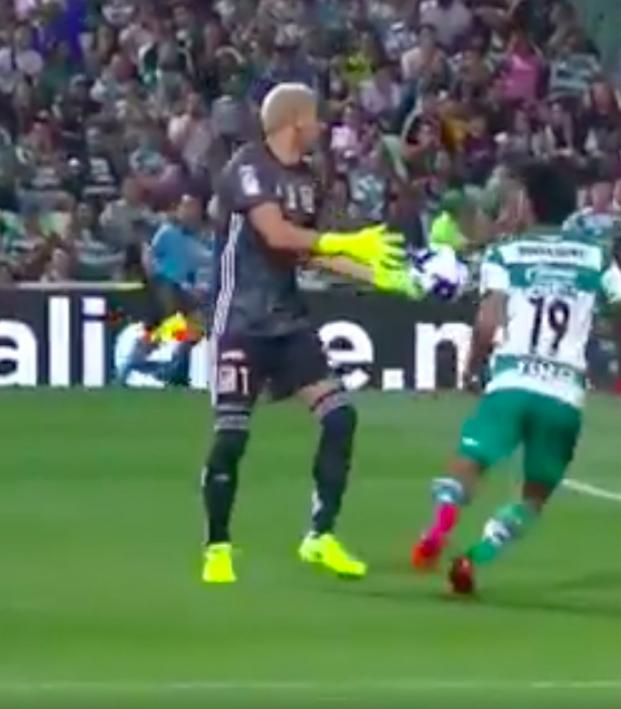 I’ve never played goalkeeper before, but I can imagine it’s pretty damn infuriating when an opponent stands directly between you and your distribution. I’m not trying to excuse the behavior of Tigres keeper Nahuel Guzmán — who absolutely lost it in those exact circumstances and attempted to punt a man — but I also can’t suppress a chuckle while he blatantly attempts to drive his knee up Eduardo Aguirre’s sphincter.

Last night, Santos Laguna and Tigres met in Liga MX Clausura action with both sides desperate for a result after an indifferent start to the season. It was a big occasion inside Estadio Corona, and 21-year-old Mexican striker Eduardo Aguirre delivered for the home side with two goals inside 66 minutes.

But in the 77th, André-Pierre Gignac pulled one back for Tigres to set the stage for a frantic finish.

That leads us to the actions of Nahuel Guzmán, who — just a couple minutes after Gignac’s goal — collected an aerial ball before looking for a quick release.

The only problem was that two-goal hero Aguirre was standing in his way. No worries. Guzman promptly grabbed him and attempted to punt him in place of the ball. It’s a sight unlike any other.

Neither player was booked because this was a bit of history.

What on earth was the goalkeeper doing here?! pic.twitter.com/4oiUI31BT9

Santos would hold on for the 2-1 victory to leapfrog Tigres in the table — Santos sits ninth while Tigres is in 10th. Santos plays the second leg of its Copa MX quarterfinal against Monterrey on Wednesday; Tigres travels to San Salvador to play Alianza in the first leg of its CONCACAF Champions League Round of 16 encounter on that same day.