Because He’s A Nice Guy, Thomas Müller Will Forever Be Apologizing For Flying Kick To Face 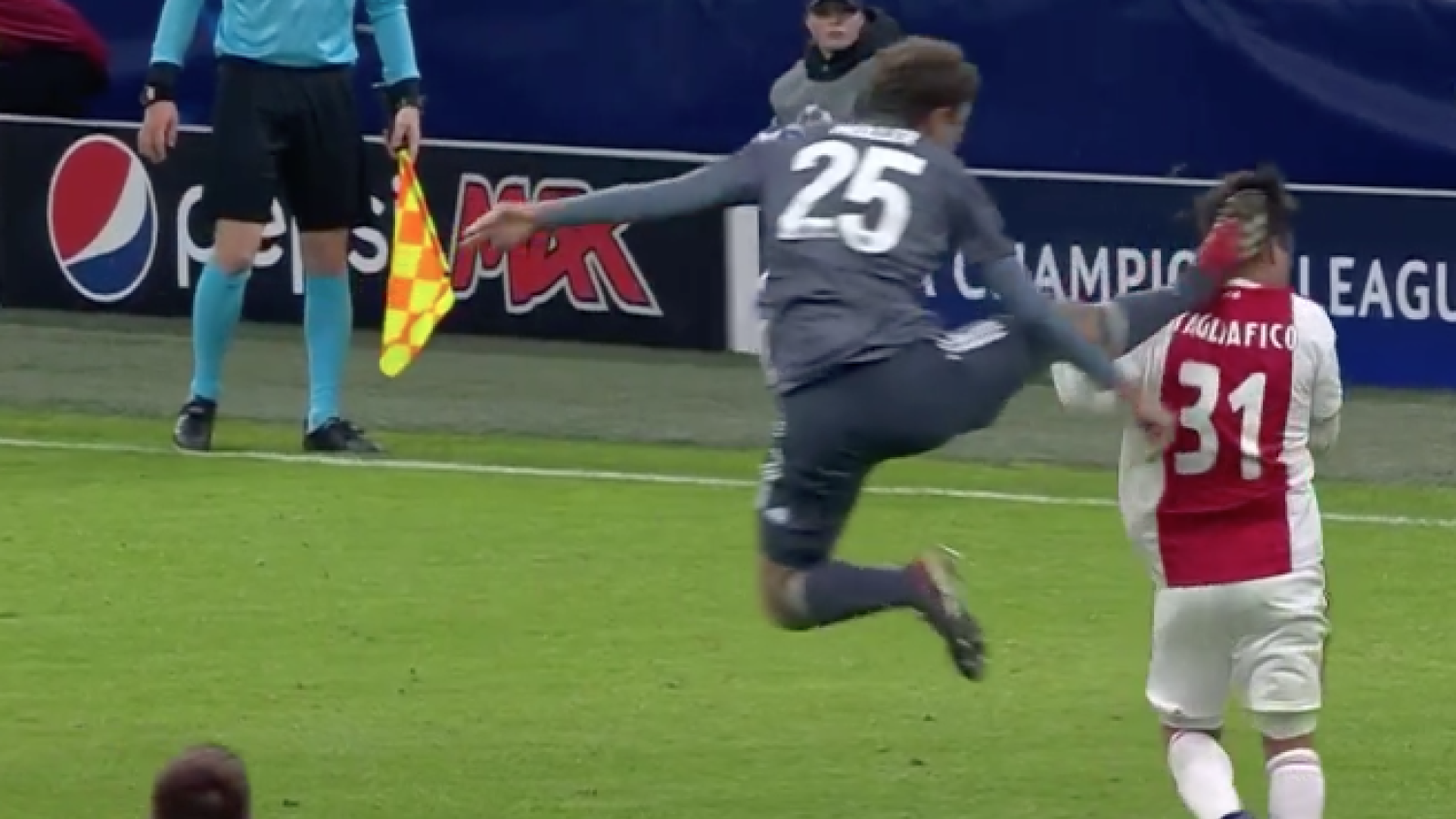 The Bayern Munich forward was given a straight red for a high kick Nicolás Tagliafico.
Streamable

Thomas Müller was all apologies Wednesday and Thursday.

Müller’s red card against Ajax on Wednesday was one of the worst you’ll see in the Champions League — a flying kick to the head. But Müller responded exactly how you’d hope a professional footballer would after such a vicious attack.

The 29-year-old forward was sent off in the 75th minute of Bayern Munich’s wild 3-3 draw with Ajax in the Champions League, one in which both sides finished with 10 men.

On the play, Müller was chasing a long, high ball across the pitch. Without looking, he jumped up and extended his leg to control the ball.

Instead of reaching the ball, Müller’s cleat only made contact with the head of Tagliafico, who fortunately turned away at the last second to avoid cleats in his face.

Even Bayern Munich chairman Karl-Heinz Rummenigge immediately said it’s a red card. After making contact, Müller instantly put his arms up as if to say “I’m sorry” to everyone, including Tagliafico.

The German didn't appear to look up to see if anyone is nearby before flying in with his legs up, which is clearly the fault of Müller for either not being aware or not caring. It’s hard to say for sure the amount of intent Müller had when his boot flew into Tagliafico’s noggin, but he had no complaints over being shown red.

The attack was a little reminiscent of Nigel de Jong karate kicking Xabi Alonso in the 2010 World Cup final.

Unlike De Jong, who wasn't even sent off, Müller was contrite after the match, seeking out Tagliafico to apologize in person, though he was unable to find him.

Roughly translated, Müller said: “In this way I would like to apologize to Nico Tagliafico for yesterday's incident. There was no intention. Get well.”

It’s what you’d hope to see from a professional who recognizes his mistake. And it’s what you’d expect from a player who is generally regarded as a nice guy.

Some might argue the red card that Ajax received was worse than the Thomas Muller red card given the potential for long-term injury.

Maximilian Wober was sent off for crushing into the ankle of Leon Goretzka in the 67th minute.

Fortunately, Goretzka was able to play on, though he was eventually subbed off in the 89th minute.

Ultimately, Tagliafico got the last laugh.

The Argentine international left back scored a 95th-minute equalizer after Bayern had scored twice after the 87th minute to take the lead.

Check out the full highlights here, because it was a fun one.

This battle for the group was INSANE  pic.twitter.com/TrdeSeIB7g

The draw was enough for Bayern Munich to secure first place in the group ahead of Ajax.