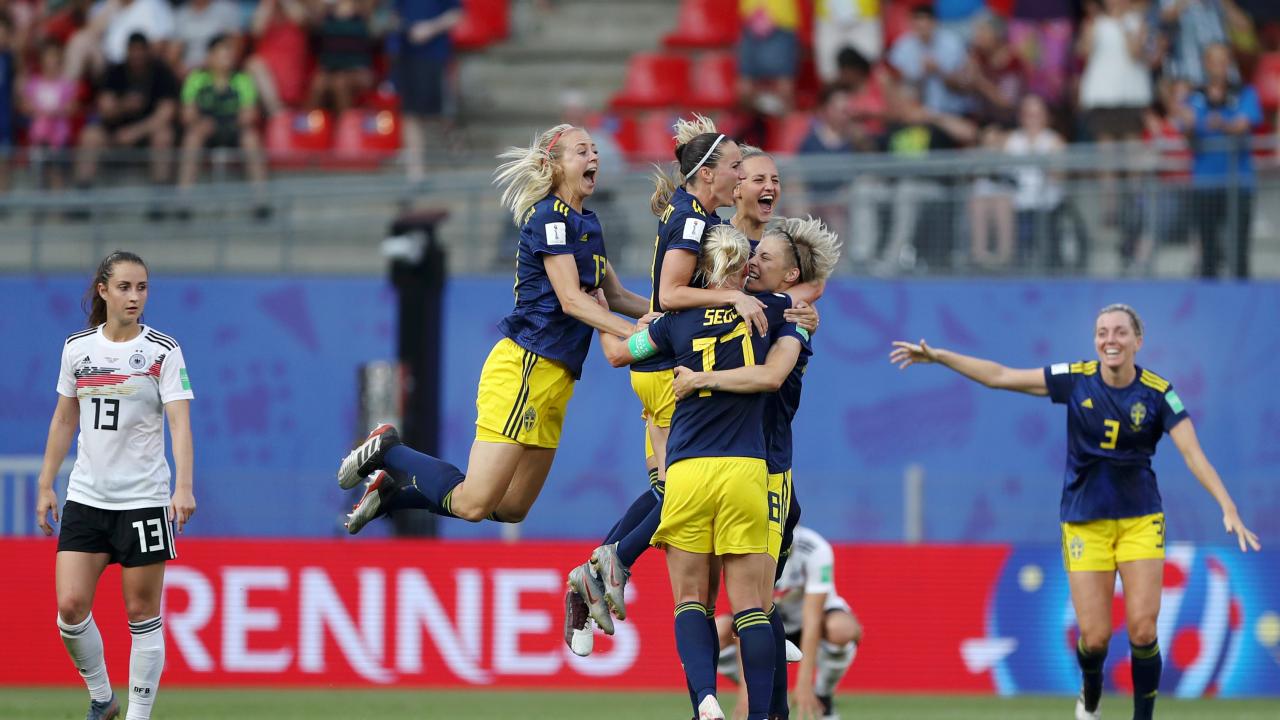 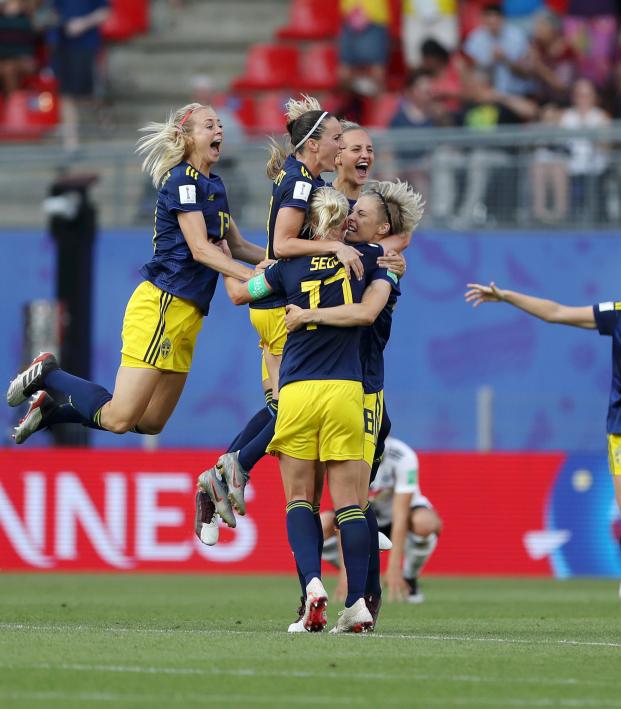 On 10th Try, Sweden Finally Beat Germany In A Major Tournament And Their Faces Said It All

Travis Yoesting June 29, 2019
Sweden rallied past Germany 2-1 in one of the tournament’s biggest upsets.

To say Germany had Sweden’s number in major international tournaments would be an insult to number-having everywhere. In nine knockout-round matches between the two all time, the Germans had won all of them.

Well, all but one after Saturday.

Sweden overcame an early goal to rally past the second-ranked team in the world 2-1, providing perhaps the biggest upset of the Women’s World Cup to advance to the semifinals.

Sweden joined the U.S., England and the Netherlands in the final four and will play the Dutch on Wednesday.

The list of defeats the Swedes have suffered at the hands of the Germans is astounding. Listed back to back it’s a wonder Sweden hasn’t decided to just invade the country or something. Particularly painful were losses in the 2003 Women’s World Cup final and the 2016 Olympics final.

The last time Sweden beat Germany in a major international tournament was in the group stage of the 1995 Women’s World Cup.

The celebrations as the final whistle blew on Sweden’s historic win Saturday said everything you need to know about how much Sweden wanted this.

To know how big this is for #SWE, you have to understand how many times they’ve lost to #GER in major tournaments. The history is insane.

When you beat Germany competitively for the first time since 1995 - and reach the #FIFAWWC semi-finals #SWE  pic.twitter.com/Ofk29v4oah

For Sweden to overcome so much history took a lot of guts against one of the best teams in the world. Germany scored first and it looked like it might be a long day in the sun for the Swedes.

Lina Magull scored a brilliant scissor kick in the 16th minute and Germany looked like it would keep cruising considering Die Nationalelf had yet to allow a goal all tournament.

Lina Magull gives Germany the lead on the half volley, after a great assist from Sara Däbritz. 1-0  #FIFAWWC pic.twitter.com/bm3S36dmy1

Six minutes after going behind, Sofia Jakobsson equalized with a lightning-quick counter attack.

The immediate answer from Sweden!

A long ball over the top finds Jakobsson, who slots it past Schult and ties the game. That's Germany's first goal allowed at this #FIFAWWC pic.twitter.com/QKY4MWOubd

Germany brought on Dzsenifer Marozsán, who had missed the last three matches with a broken toe, to start the second half. It didn’t have the desired effect.

Blackstenius scores just 2 minutes into the 2nd half! #FIFAWWC pic.twitter.com/dd0DyWVt59

Sweden’s win may end decades of disappointment against Germany, but the team won’t want to stop there, not with the possibility of reaching a second-ever Women’s World Cup final 90 minutes away.