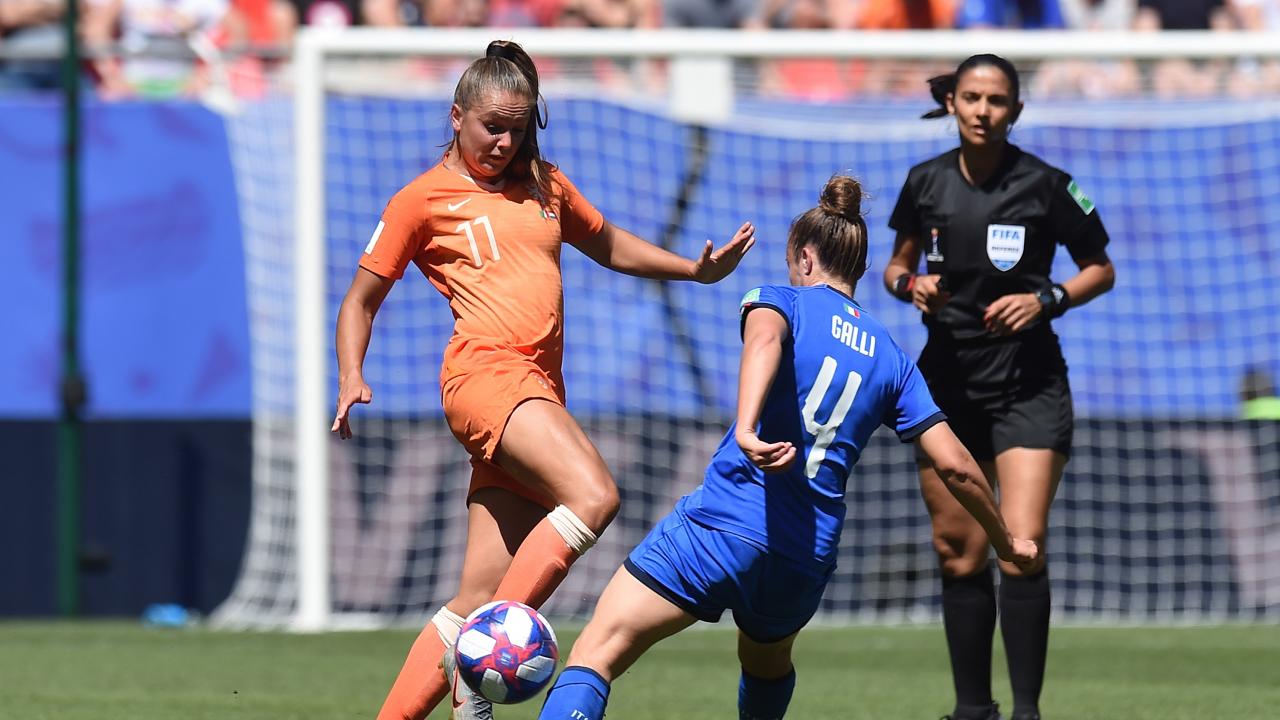 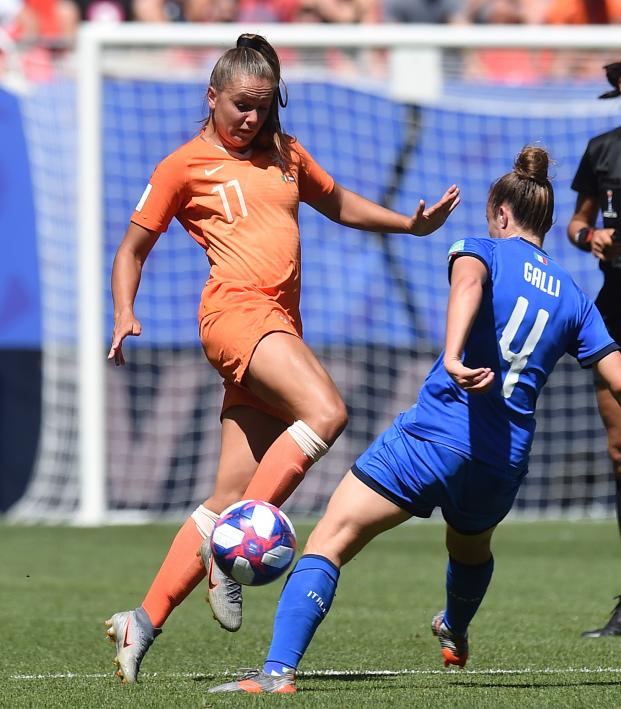 Netherlands Standing Tall On, Off Pitch In Win Over Italy

Anyone who has been to the Netherlands can attest: the Dutch are tall. Based on national statistics, the European nation is among the very tallest in the world with an average height of 5-6 for the women, and these Oranje national team players are even taller.

The Oranje certainly exemplify this with perhaps the most dominant aerial abilities of any team left in France. Stefanie van der Gragt is 5-10, Vivianne Miedema is 5-9, Jill Roord is 5-8 and Anouk Dekker is 6-0.

All have scored with their heads this summer in France.

The Netherlands qualified for its first-ever Women’s World Cup semifinals with an impressive 2-0 win over Italy on Saturday, scoring both goals on headers.

Out of 10 Dutch goals, half have been scored with the old noggin. In comparison, the USWNT has scored 22 goals (three shy of the all-time record), with just three on headers.

6 - Six of the last eight Netherlands goals at the #FIFAWWC came from set pieces. Experts. pic.twitter.com/XnivduOwrS

The Oranje used their aerial superiority to take down the upstart Italians, who won the daunting Group C in their first Women’s World Cup appearance in 20 years, reaching the quarterfinals for the first time since 1991.

But more than that, the Dutch women stood tall after the match, showing inspiring sportsmanship by consoling the defeated Italians.

To be fair, the Netherlands is by no means the only team to show love for their vanquished foes, but great sportsmanship deserves recognition.

Saturday’s match was played in mid-90s temperatures in Valenciennes. The Dutch lobbied unsuccessfully to get the game moved to a cooler time, but it was the Italians who suffered more in the heat. Italy’s style is based on midfield energy and quick counterattacks with balls over the top, but nothing came off for the Azzurre. FIFA did allow for cooling breaks in each half, but it was clear the speed of play was diminished under the sun.

The Netherlands dominated possession (63 percent) and took 20 shots, nine on target. But the only two that found a way past Laura Giuliani in goal came on set pieces, via the header. The Netherlands doesn't just rely on height to succeed; the Dutch have one of the most technically adept sides in the tournament, which only makes them more dangerous when combined with their aerial abilities.

Admittedly, one of the few countries that can compete with the Netherlands in height in the world is Italy. The Azzurre don’t quite follow that trend, however, with no player taller than 5-9 on the squad.

This proved costly on both of the Netherlands’ goals.

Vivianne Miedema, who earlier this tournament became the Netherlands’ all-time leading scorer, headed in the first Dutch goal in the 70th minute.

Can't give Miedema too many chances!

About 10 minutes later, Stefanie van der Gragt headed home to make it 2-0 and seal the victory.

IT'S TWO! Another set piece header, and this time it's van der Gragt who doubles the Netherlands' lead with 10 minutes to play. #FIFAWWC pic.twitter.com/9UJ1vNXmLX

We can’t wait to see how Wesley Sneijder celebrates this victory.