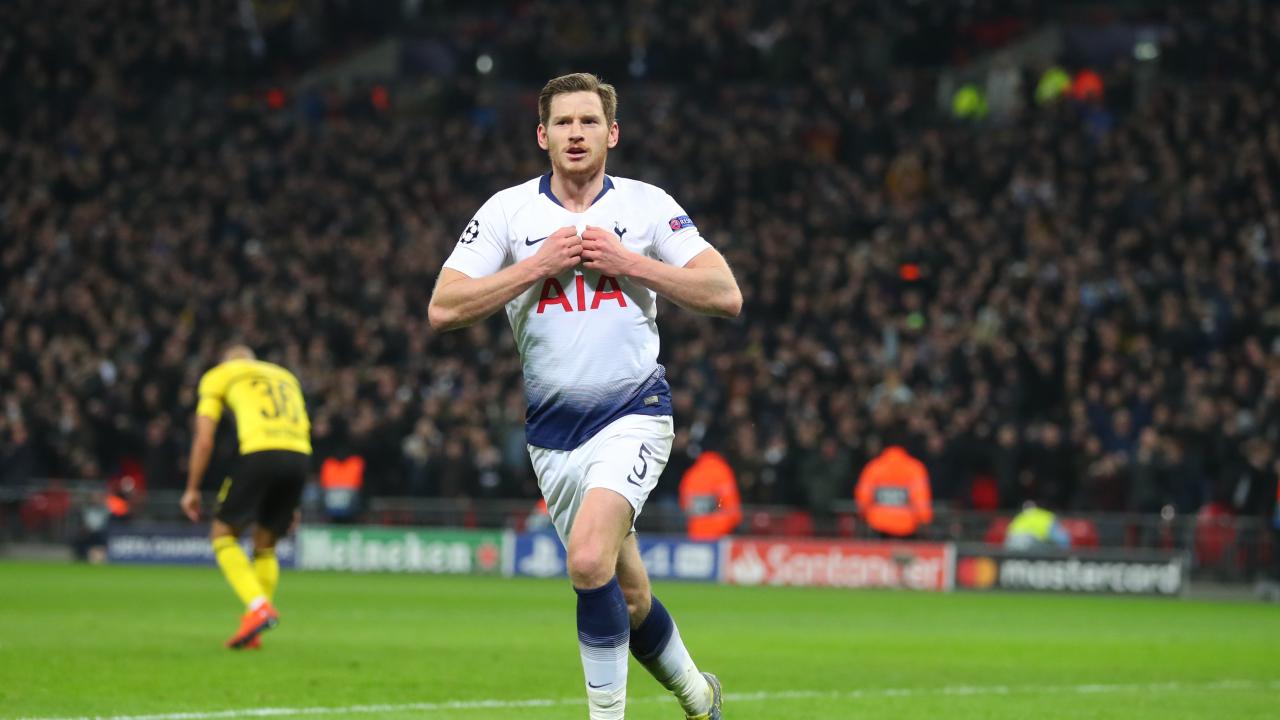 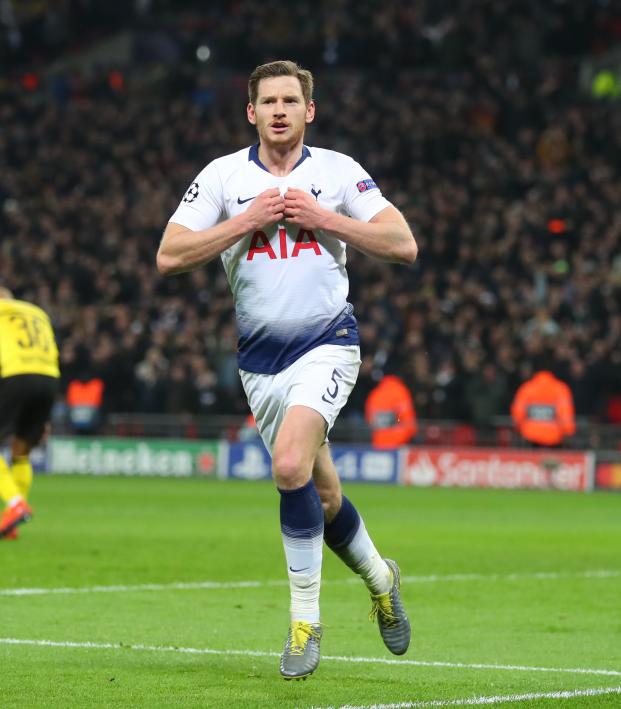 Center Back Jan Vertonghen Was A Better Winger Than Pulisic, Sancho On Wednesday

Travis Yoesting February 13, 2019
The Belgian center back had a sublime assist and timely goal to help Spurs rout Dortmund 3-0.

For all the talk of wingers Christian Pulisic and Jadon Sancho heading into Borussia Dortmund’s trip to Tottenham Hotspur Stadium Wembley Stadium, it was a Tottenham center back for who provided the game-changing moments from out wide.

Playing as a left wing-back in a five-man defense, Jan Vertonghen took full advantage of his opportunity to push forward, supplying a sublime cross for the first goal and scoring the second as Spurs humbled Borussia Dortmund 3-0 in the first leg of the Champions League Round of 16 on Wednesday in London.

Dortmund, which leads Bayern Munich by five points atop the Bundesliga, was the stronger side in the first half, but things quickly changed on one pass from Vertonghen. Spurs took control in the second half and ran away with vital goal difference heading into the second leg, which will be March 5 at the Westfalenstadion.

After just barely hanging on for a scoreless opening 45 minutes, Son Heung-Min scored moments into the second half to completely change the complexion of the match.

Spurs broke the deadlock in the 47th minute thanks to a poor giveaway by Dortmund. Vertonghen looked more like a winger than a center back, sending in a perfect pass to Son Heung-Min.

What a way for Tottenham to start the 2nd half

That ball from Vertonghen  pic.twitter.com/IR7ylaFsEU

The game opened up after the goal, with Spurs the beneficiary. On the hour mark, Christian Eriksen broke free and nearly found Son for a second but for a last-ditch header from Dan-Axel Zagadou. Roman Bürki was then called into action to make a save on the ensuing corner kick.

Tottenham began to pull away in the 83rd minute, with Vertonghen popping up unmarked in the middle of the Dortmund box, sweeping home a cross from Serge Aurier in similar fashion to Son’s goal.

Vertonghen is typically a center back, though he has played left back at times when needed. Rare, however, have been the moments when he’s allowed to rampage forward like he was Wednesday as a left-wing-back. Mauricio Pochettino may want to consider making him a more regular part of his offence moving forward.

Fernando Llorente, a second-half substitute for Lucas Moura, then made it 3-0 by heading in a well-placed corner kick by Eriksen.

The three goals leave a huge mountain to climb for Dortmund heading back to Germany. Sure the likes of Marco Reus and Paco Alcácer were missed, but Tottenham was without Harry Kane and Dele Alli.

It was a stunning ending after Dortmund had the run of play in the first half, with the only real menacing attack from Spurs coming on a Lucas Moura volley that fizzed wide.

The German side, which started Pulisic at left wing and Sancho at right wing, created more in front of goal, including Pulisic smashing a close-range shot off the shins of Hugo Lloris from a tight angle. Achraf Hakimi nutmegged Vertonghen in the first half before being fouled by the Belgian. Perhaps this just made Vertonghen mad.

Although Jadon Sancho saw more of the ball in the first half, Pulisic was lively at times, earning a yellow card on Aurier, who tried to take Pulisic’s pants off.

That's one way to slow down Pulisic

Lloris came up huge to deny Dortmund a goal just before halftime, scrambling across to deny Zagadou’s attempt.

Dortmund never came that close in the second half, often looking a bit out of sync. A number of times Pulisic made a run in behind the Spurs defense only for his teammates to spot him a second too late, either forcing him offside or making him stop his run before BVB turned the ball over.

Maybe they should blame Sancho, the native Londoner, for leaving his passport at home and delaying their flight to England.