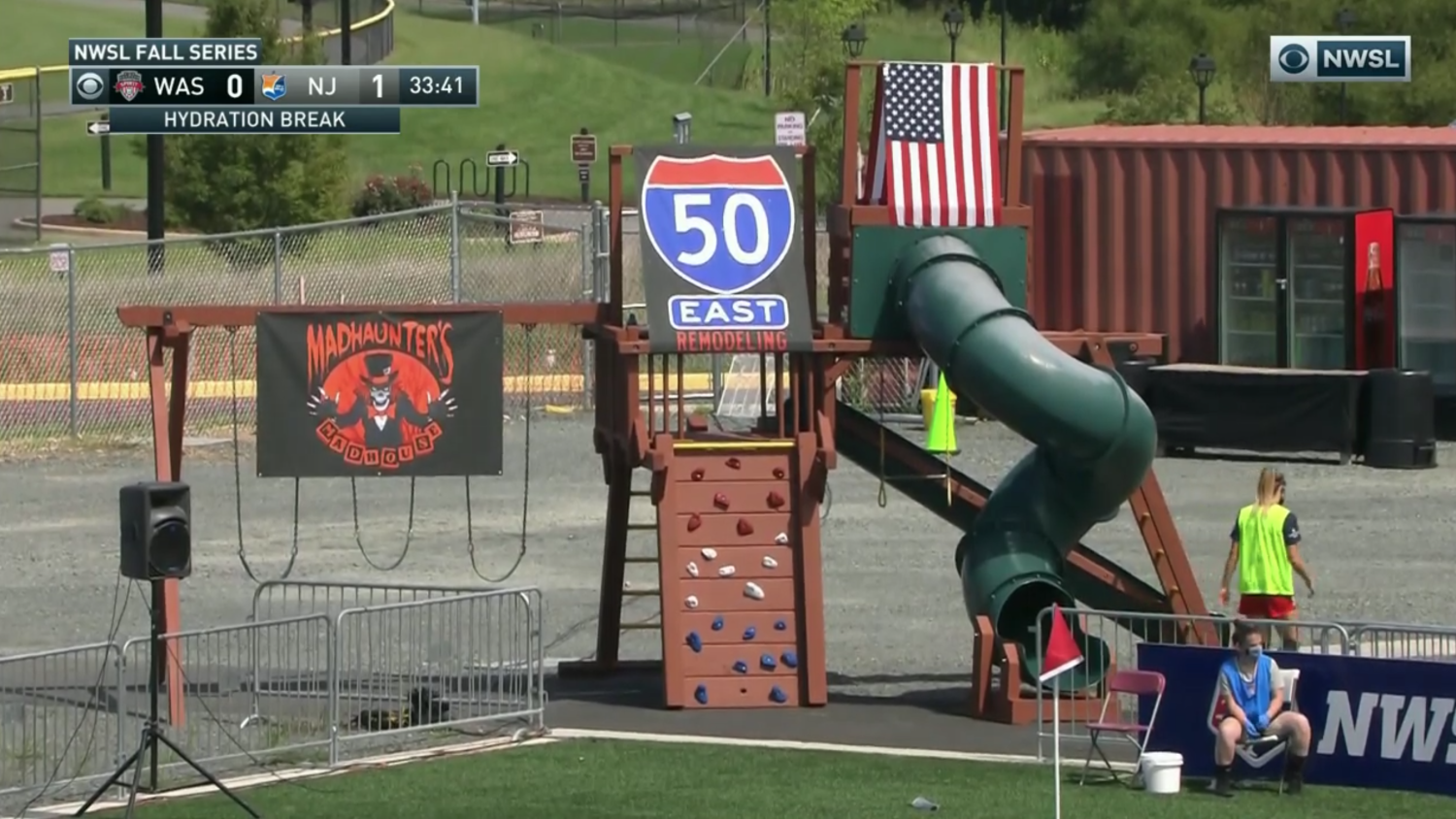 Once again, the NWSL is back. And once again, it returned with a fantastic 2-1 match full of drama and excitement. In the end, Mal Pugh assisted on a 92nd-minute winner to help win her Sky Blue FC debut against the Washington Spirit on Saturday at Segra Field.

Pugh, traded from Washington to New Jersey for four draft picks in January, did not play in the Challenge Cup. She came on in the 61st minute to make her debut with her new club but watched as her old club equalized with a penalty kick in the 89th minute. Pugh struck the post in the 91st minute before setting up Midge Purce for the winner a minute later in a wild ending to the first match of the NWSL Fall Series.

The Fall Series is a set of 18 matches and a way for NWSL clubs to continue playing this season and — vitally — try to keep players from fleeing the U.S. to leagues in Europe, where Covid-19 is being handled much better. Already Sam Mewis and Rose Lavelle left for Manchester City, while Christen Press and Tobin Heath are reportedly set to sign with Manchester United any day now.

The match was nationally televised on CBS. Curiously, CBS chose not to show any real pregame, perhaps not wanting to air players kneeling for the national anthem, as happened back in June when the NWSL Challenge Cup began.

After the playground at Zions Bank Stadium became a sort of a celebrity during the NWSL Challenge Cup, the Spirit brought in a custom-made playground set to put on the side of Segra Field for the Fall Series, which is being played at home venues across the country.

We here at The18 are all onboard for playgrounds at stadiums — the weirder the better — and this one looks like a lot of fun.

10/10 would recommend every soccer venue has a playground. @nwslplayground how do we measure up? pic.twitter.com/zByz72OVX9

Back to the soccer itself, Ifeoma Onumonu opened the scoring in the 18th minute. The California native scored her first goal for the Sky Blue after picking the pocket of a defender and smashing a shot just inside the near post.

First goal of the #NWSLFallSeries @ify_on22 turns  defense into offense to put @SkyBlueFC in front.

Tune in now on @CBS and @Twitch. pic.twitter.com/dstD9rPzUG

Washington had plenty of possession and chances but couldn’t find a way past Kailen Sheridan until a penalty kick was awarded in the closing minutes of the 90. Paige Nielsen expertly converted the spot kick and it looked like the Spirit had salvaged a late draw.

But Pugh sprung into life after the goal. She ripped a shot off the post in the 91st minute and before the announcers could even stop talking about the effort she was setting up Purce for a dramatic winner.

THIS GAME RIGHT NOW @100Purcent puts @SkyBlueFC back in front!

The Fall Series resumes on Friday with Challenge Cup winner Houston traveling to North Carolina to face 2019 NWSL champion N.C. Courage. The next match CBS will televise is set for Sept. 12 between the Portland Thorns and OL Reign.