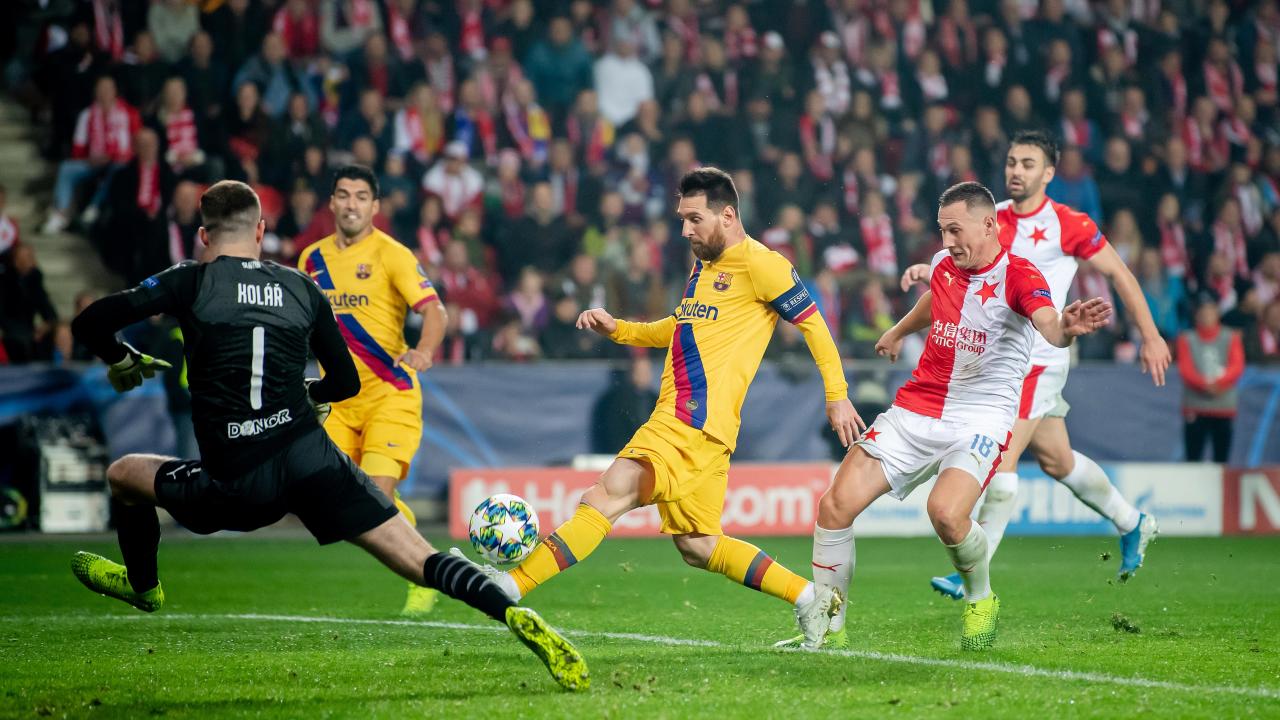 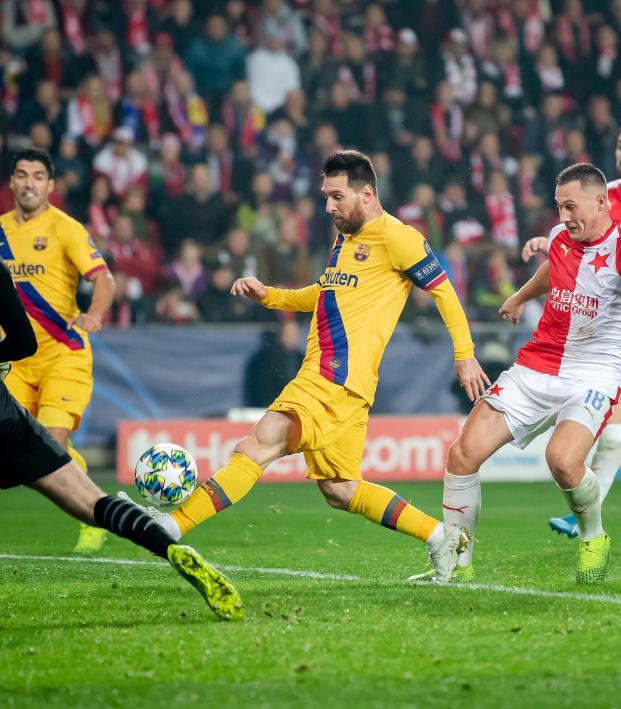 Travis Yoesting October 23, 2019
We’re not sure how Messi failed to score a second.

Barcelona needed everything it could muster to hold on to a narrow 2-1 win over Slavia Prague on Wednesday in the Czech capital, surviving a late flurry from the hosts.

The three points would have been much easier to come by had it not been for a once-in-a-lifetime miss from Barcelona’s No. 10.

Fortunately for Messi, he had already scored in the third minute. Luis Suárez created an own goal in the 57th minute to overcome a strike from Jan Boril early in the second half as Barça remained unbeaten in Group F. With Inter Milan’s 2-0 win over Borussia Dortmund, Barcelona claimed top spot alone with seven points, as the Italian and German rivals now sit on four points.

Messi wasted no time getting on board, turning defense to offense in the opening minutes. We praised Cristiano Ronaldo recently for his defense setting up a goal against Luxembourg, so it’s only fair we praise Messi for his defense to set up the opener on Wednesday.

Messi stuck out a leg to steal a pass before sending the ball along to Arthur. Eventually, the entire Slavia defense focused on Arthur, leaving Messi all alone in a pocket of space in the box, leaving him with a simple (well, he makes it look simple) first-time finish to score in the third minute.

But Barcelona would be pegged back by Boril five minutes into the second half, requiring Suárez to somehow force this ball in off Peter Olayinka seven minutes later.

The own goal was enough to give Barcelona all three points, but not to prevent a nervy finish for the Spanish side. Slavia created numerous chances in the final 15 minutes, but Marc-André ter Stegen was there to deny any shots put on frame.

The match could’ve been seen out with far greater ease had Messi converted this chance in the 75th minute.

Sent across by Jordi Alba, the ball apparently forgot it was being kicked by Lionel Messi, refusing to follow the usual script by flying backwards and away from goal.

Later, Messi had another chance on a breakaway, only to play a pass straight into the legs of a defender.

And for Ronaldo fans out there snickering, don’t forget this potential tap-in Ronaldo missed on Tuesday.

But Barcelona fans won’t mind too much as the three points were secured to give firm grasp on first place in Group F.