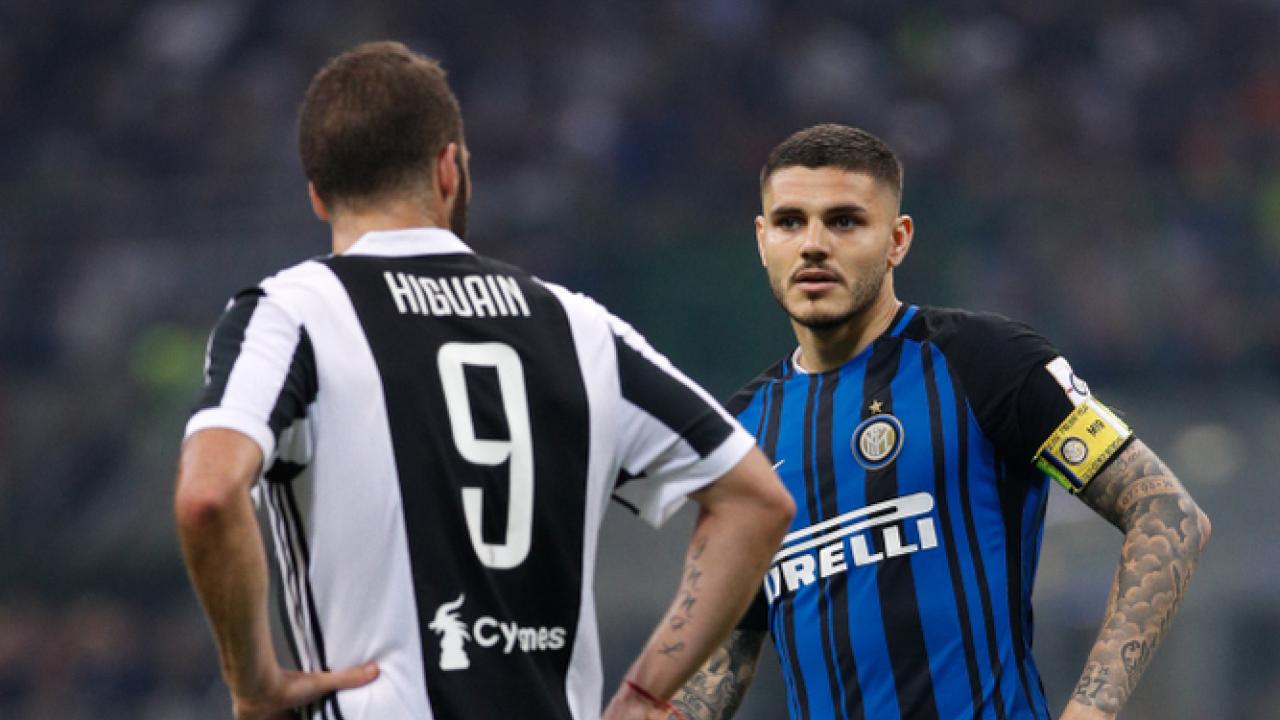 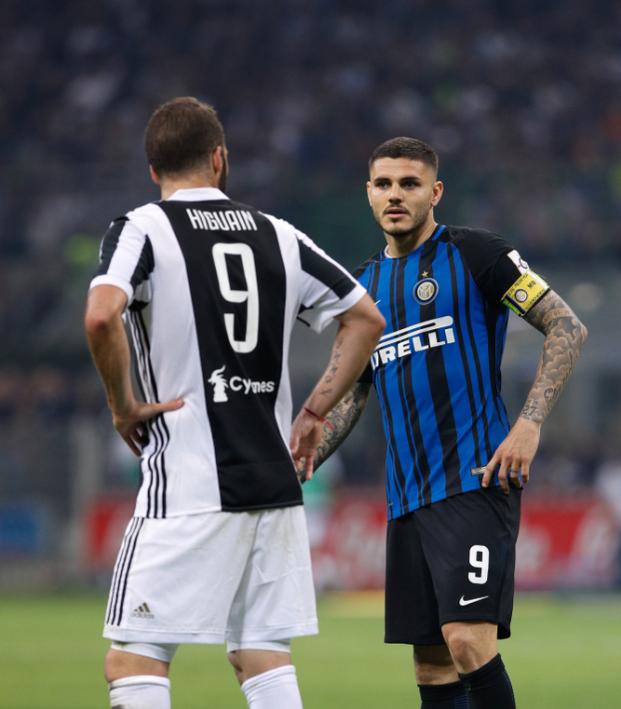 The 5 Biggest Potential Serie A Transfers Of The Summer

Huw Thomas May 29, 2018
With the season done, we look at the potential Serie A transfers which could take players to the biggest clubs abroad.

The curtain has come down on club football for the season and the World Cup is just around the corner. But football never ends. Not really. Now, we get to start speculating about transfers.

Serie A has always attracted envious glances. Clubs in Italy have players of the highest calibre and, with certain teams not able to measure up financially to their Spanish and English counterparts, selling these assets is an essential part of balancing the books.

So which potential Serie A transfers should you be following closely this summer?

Roma’s Brazilian goalkeeper has quickly become one of the most coveted players in world football, linked with a move to any team with an underperforming keeper. After spending last season battling against Wojciech Szczesny for the number one spot, Allisson started this season as the undisputed first choice. He’s made the most of it.

While many keepers are famed as shot-stoppers, the Brazilian’s game is far more rounded: he doesn’t have many weaknesses. A commanding presence in the box, good distribution, quick reflexes and with a commitment to improving himself, it’s easy to see why he’s remained Brazil’s first choice keeper ahead of Ederson.

As it happens, Saturday night’s Champions League final was a showdown between the two clubs most frequently linked with Allisson. Real Madrid, as good as they are, have been linked with David de Gea for years and clearly believe that they can do better between the sticks. Alisson would certainly be an upgrade on Keylor Navas.

It was Liverpool, however, who illustrated why a reliable keeper is so important. There’s plenty of other articles which will litigate Loris Karuius’s performance in the final, but perhaps the biggest indication of the sheer awfulness of his game was how quickly Allisson’s reported price tag rose in the next day’s transfer rumors: suddenly, Roma are commanding a €70 million fee for Allisson.

Based on this season’s performances, he could be well worth that world record sum. With Monchi as their director of football, expect Roma to get a good fee for the player and then spend that on six players you’ve never heard of, one of whom will be worth €100 million in four years’ time.

Where will he end up: right now, Liverpool need him more than anyone. They haven’t balked at big fees in the past, but Roma may hope that a successful World Cup pushes Allisson’s price up as high as possible.

Gonzalo Higuaín’s tenure in Turin seems to be coming to an end. The Argentine has spent two years at Juventus and has won everything domestically. But he wasn’t signed to win the Scudetto. Higuaín was meant to be the icing on the cake of a Champions League winning squad. But it hasn’t quite worked out that way.

In 2016, the Italian champions paid €90 million for Higuaín. It was the release clause and, despite all the bluster from Aurelio De Laurentiis, there was a slight hint that the Napoli chairman wasn’t too upset to see the striker move north. He used the money to revitalize his squad and they’ve just posted their (ultimately disappointing) record points tally.

Since then, Higuaín has scored plenty of goals (and faced plenty of criticism over his physical fitness). With a goal every other game on average, he’s done what was expected of him. But he’s never really been Juventus’s leading light. On the biggest stages – the latter rounds of the Champions League – he has been found wanting. He hasn’t delivered the European success Juventus hoped.

Now, Juventus are facing the prospect of a squad revival. They need fresh faces. Unfortunately for Higuaín, this rejuvenation could come at his expense. Now aged 30, there’s little chance that Juventus will be able to get back what they paid for him. But selling now could help fund a move for another, younger striker.

Club officials have recently been spotted shopping in Milan with Alvaro Morata and his agent. Rumors continue to swirl around Juventus and the one constant piece of information in each is that Higuaín seems very much to be on the market. Chelsea and PSG are the names that keep coming up, though a deal with each club seems to depend on other moves.

Where will he end up: right now, Chelsea seems the most likely destination. Maurizio Sarri seems set to take over at the London club and has worked with Higuaín in the past. The English team seem to be willing to cut a deal for Morata, with Higuaín perhaps moving in the opposite direction. It all seems too perfect.

This is the big one. The Rolls Royce of Serie A transfers. The guy everyone wants.

Sergej has spent three years at Lazio and has steadily become one of the best midfielders in the league. What’s most striking about him is his size: he’s a big lad and knows how to use his physicality to shield the ball. But this physicality is married to a sublime touch and an excellent eye for a pass — a bit like if Luka Modric found himself transported into Nemanja Matic’s body in some kind of Freaky Friday-type incident.

Comparisons have been made to Paul Pogba when the Frenchman started to make a name for himself at Juventus. The comparisons are fair enough, especially in that the players do share a number of key attributes and, more tellingly, a number of key limitations. Both prefer being played in a midfield three and can find themselves missing when playing elsewhere. Both can be lazy in the tackle and need other players around them to run the hard yards.

Still, that hasn’t stopped Manchester United from being linked with the Serb. Given his quality, there’s only a few clubs in the world that could afford to pay Lazio’s asking price. Manchester City seem to have ruled themselves out of the move, while PSG are facing FFP difficulties right now. Real Madrid would benefit massively from his presence, especially in league games, though he might not fit their celebrity billing.

All this means that United could find themselves in an excellent bargaining position. Given Lazio’s collapse on the final day of the season, they don’t have Champions League revenue and may need to cash in on their most valuable asset.

The key issue would then be whether Sergej could play in the same midfield as Pogba. On paper, they seem too similar and share too many of the same flaws. But then, when has sensible squad building ever held back United?

Where will he end up: it all comes down to Lazio’s books. If United meet their asking price, then that seems the likely destination right now.

One of the best players in Serie A last season, Jorginho was the glue which held together the perfectly balanced Napoli midfield. His short passing and metronomic style kept Sarri’s football ticking over in perpetuity. He could always find a pass and could always wriggle out of a tight spot. A joy to watch, it’s something of a shame that he’s even been linked with a move away.

Every team on the planet would benefit from signing Jorginho. He could easily stroll into Barca’s midfield alongside Sergio Busquets. He could play alongside any of Bayern’s central players. But perhaps the most interesting is what Pep Guardiola could do with him at Manchester City.

And, not surprisingly enough, that is the team with whom he is constantly being linked. The two sides played each other in the group stages of the Champions League this year and Guardiola was effusive with praise for Sarri’s football. There and then, he got a first-hand look at the Brazilian-born Italian.

Where will he end up: right now, the ink seems all but dry on a move to City. It’s a shame to see Jorginho leave Serie A but he could bring a great deal to Guardiola’s midfield, playing instead of Fernandinho or Silva, depending on the opposition.

For once, Mauro Icardi is not hinting at a move away from Inter. But that doesn’t mean it’s not going to happen.

The Inter captain was instrumental in the final day dramatics at Lazio and has helped his side get into the Champions League for the first time since he signed for the club. All seems to be well and good.

But then, nothing is ever simple with Inter. When he signed his last contract, Icardi included a €110 million release clause. At the time, it seemed an astronomical amount. In today’s post-Neymar world, it seems somewhat reasonable. There will be plenty of teams on the look out for a striker this summer and Icardi could prove to be an easy deal to get done, all thanks to the clause.

Real Madrid have been linked with the Argentine. Likewise, the bigger Premier League teams could see him as a decent option. Basically, anyone with money could theoretically move for Icardi.

But of all the potential transfers we’ve discussed so far, this one seems the least likely to happen. For what it’s worth, Icardi has repeatedly said that he’s happy at Inter. His personal life seems to be (more or less) settled at the moment and the ridiculous drama which plagued him in the past seems to have dried up.

Where will he end up: staying put seems the most likely outcome. But who knows what will happen? Perhaps being left out of Argentina’s World Cup squad will convince the player that he needs to be at a bigger club. Perhaps Sergio Aguero gets injured and Icardi receives a call up, scoring the winning goal in the final and he receives a phone call from Florentino Perez? When it comes to Icardi and Inter, their craziness makes them incredibly difficult to predict. They’re the perfect match, but for how much longer?