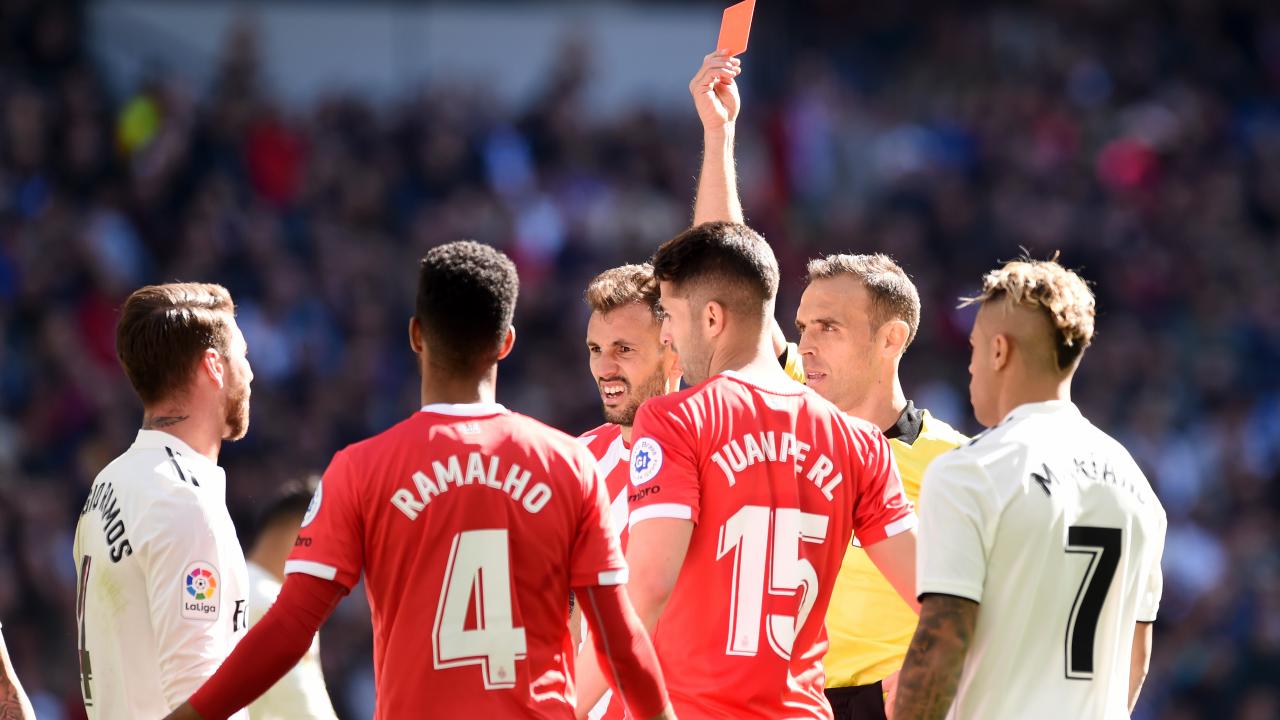 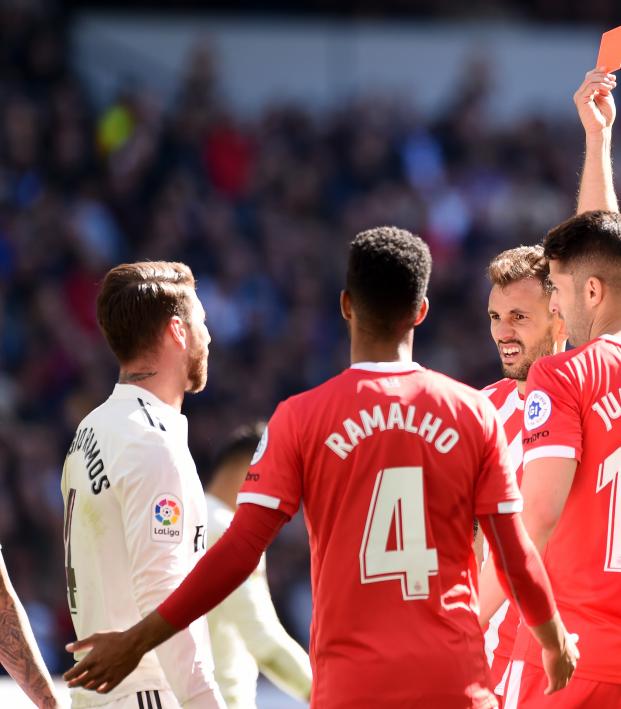 Connor Fleming February 17, 2019
Ramos was shown red at the end of Real’s shock 2-1 defeat at home to Girona.

When you think about LaLiga records, you’re automatically drawn to things like Lionel Messi’s haul of 405 goals and counting, Cristiano Ronaldo’s 34 hat-tricks and personal ratio of 1.07 goals per game, and Messi’s single-season record of 50 goals. Those are records that rightly seem untouchable; these are spectacular times indeed.

But in the land of Spain, in the confines of the Santiago Bernabéu, there is another record that’ll likely never be touched: Sergio Ramos’ collection of 20 red cards in LaLiga. Ramos' 20th in domestic play is a record across Europe's top five leagues.

Today, during Real Madrid’s shock 2-1 defeat to Girona at the Bernabéu, Ramos conceded a penalty in the 65th minute which allowed Girona to equalize, and then, while pushed forward in search of a late equalizer, the Spanish defender was sent off for a second bookable offense — this one being a dangerously high boot on an attempted overhead kick from nearly 18 yards out. Overall, it's the 25th time he's been given his marching orders as a professional.

The defeat was Real's first in eight matches across all competitions, and Real has now been overtaken by Atletico in the table. With 14 matches remaining, Barcelona holds a seven-point lead.

Of course, the 32-year-old is also a four-time LaLiga winner, a four-time Champions League winner, a World Cup winner and a two-time European Championship winner (he's never been sent off in 161 caps for Spain). Obviously getting booked all the time is a small price to pay in the face of such overwhelming achievement.

But he's the type of player only a Madridista can love.