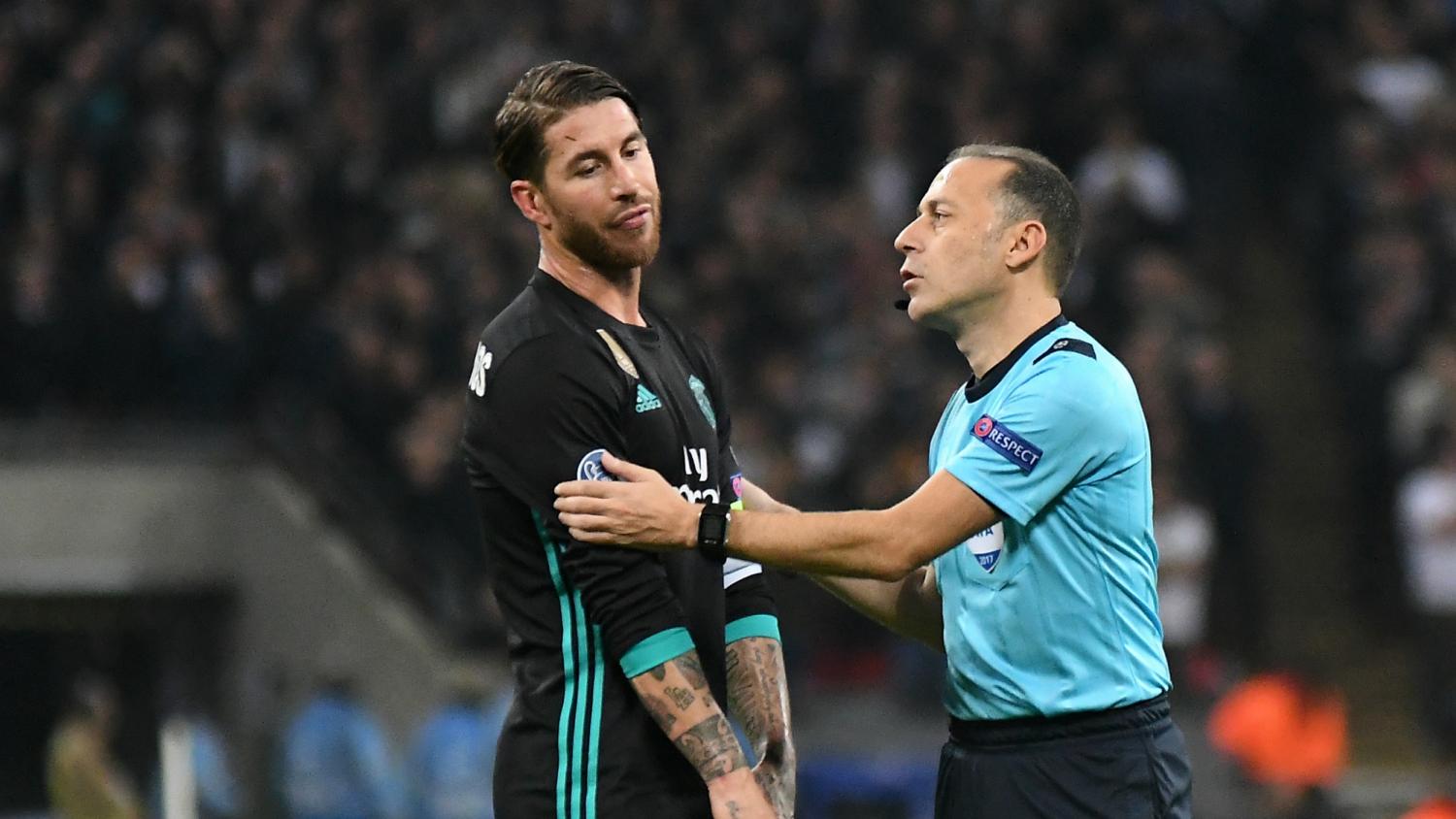 It was an innocent enough looking tackle, but then again, it's Sergio Ramos playing his customary role as villain.
Shutterstock

Liverpool now must beat the two time defending Champions League winners with its star Mo Salah injured and out of the game. Sergio Ramos hooked his left arm onto Salah's right arm and fell on top of him, with both his and Salah's weight jamming Salah's shoulder into the ground.

Sergio Ramos doesn't deserve any benefit of the doubt here. He's a physical player, sure, but he's also immensely experienced and knows that in making such a tackle he's putting another player's health at risk.

Salah remained in the game for a few minutes after the tackle, but he eventually walked off the pitch in tears.

Minutes before Salah was injured, Keylor Navas kept the game scoreless with an excellent save on a low driving shot from Trent Alexander-Arnold.

WHAT A SAVE! Navas makes the first big stop of the #UCLfinal as he denies Alexander-Arnold. pic.twitter.com/YGjtgje0co

With Salah injured, Jurgen Klopp sent in Adam Lallana to replace him on the left wing. Ten minutes after Salah went down, Real Madrid right back Dani Carvajal also left the game injured.

Both Salah and Carvajal will hope that they can make quick recoveries in time to return for the World Cup.

Update: The BBC is reporting that Salah has a dislocated shoulder and is no doubtful to play in the World Cup.