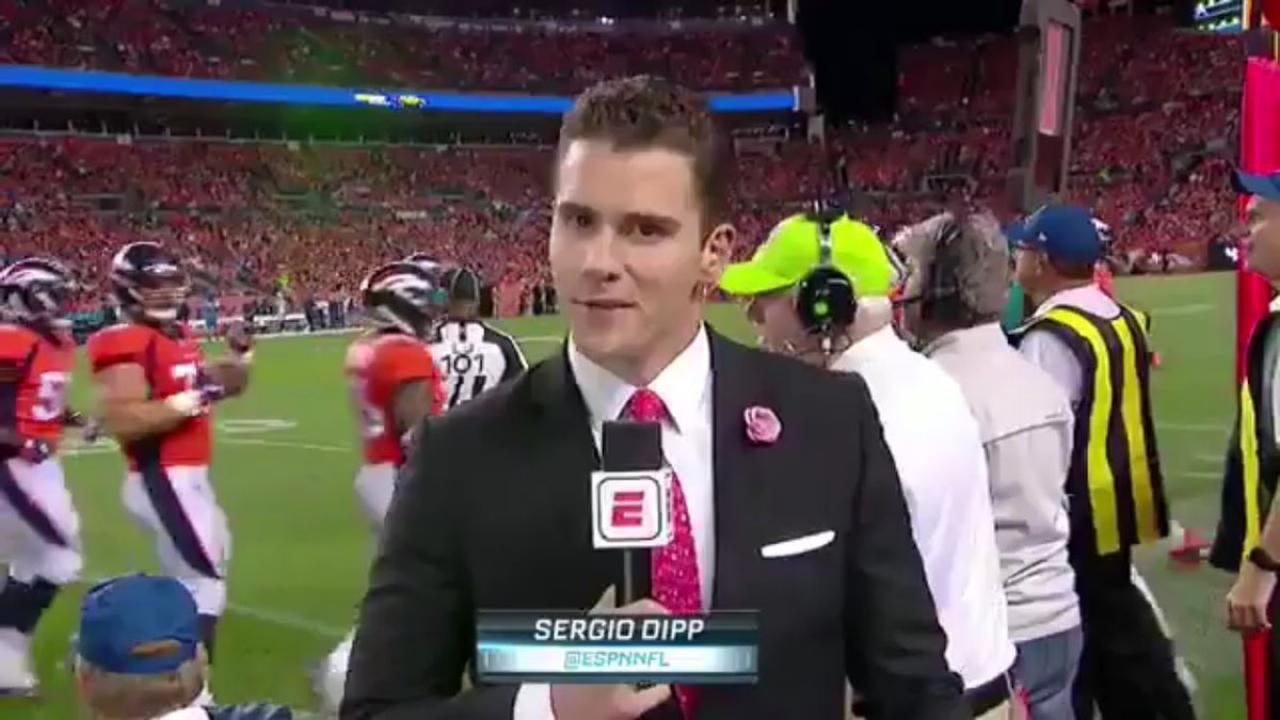 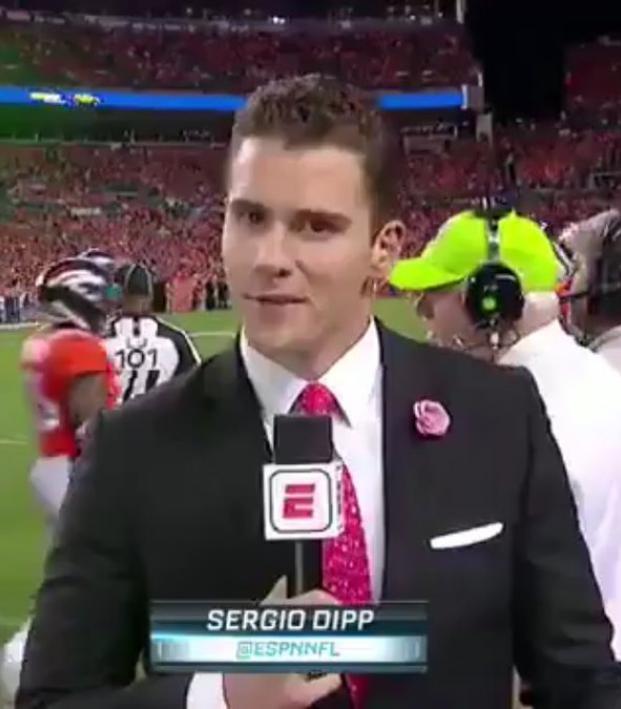 The breakout star of Monday Night Football's first late game of 2017 between the Denver Broncos and the Los Angeles Chargers, although Beth Mowins was excellent and Rex Ryan is a better broadcaster than he is a coach, was undoubtedly sideline reporter Sergio Dipp.

Sergio Dipp for every game pic.twitter.com/ZhRJppvEAU

Dipp has been a fixture at ESPN Deportes for some time, but has never had a gig this pressure-filled in his second language. He captivated a nation. That's not why we're here, though.

The main reason we bring up Sergio Dipp is not his Monday Night Football performance. We are a soccer website, after all. In February Sergio Dipp made a bet on the Super Bowl with Mexico's all-time leading scorer, Javier "Chicharito" Hernandez that resulted in the Little Pea shaving his head. We covered this at the time, but it remains hilarious and Sergio Dipp is famous now so we are bringing it up again.

And here is the Instagram video to prove it.

*Little media criticism here from someone with a [brushes dirt off shoulder] journalism degree:

Sergio Dipp is normally pretty good on television and no one will remember this performance by like week four. Until then, he's just going to learn to have to cope with fame. Maybe he can ask his buddy Chicharito for some pointers.