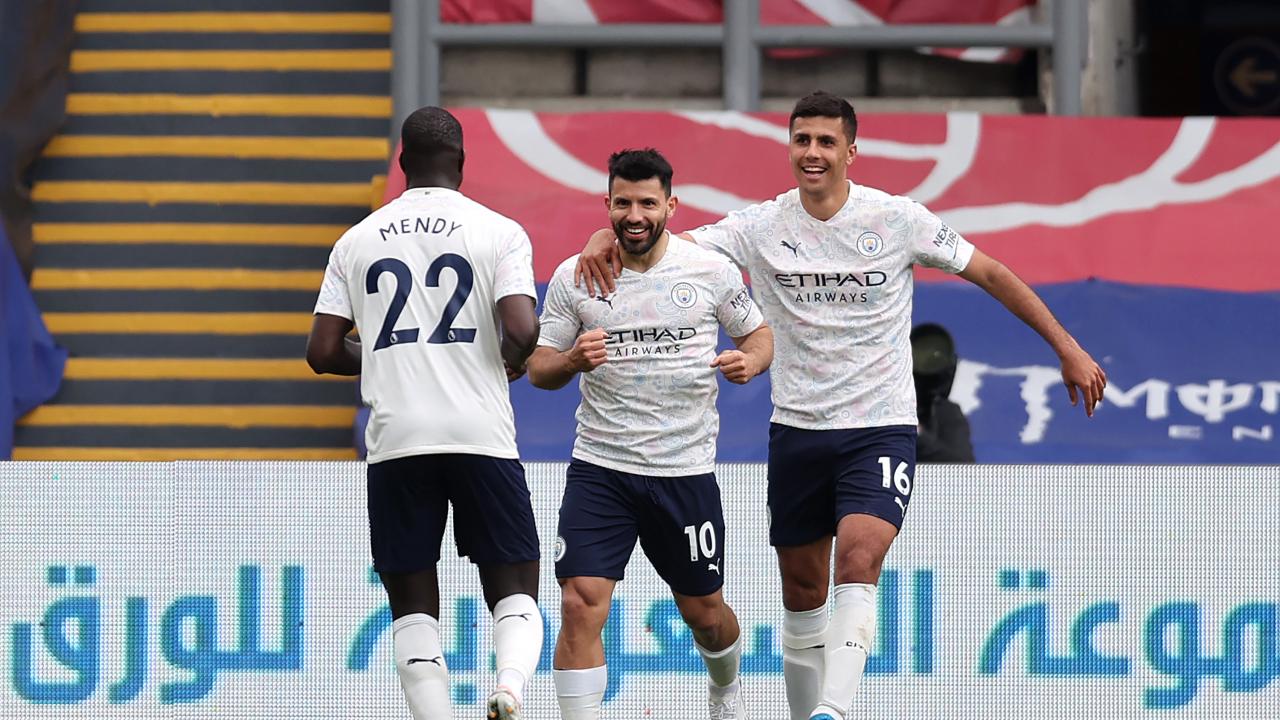 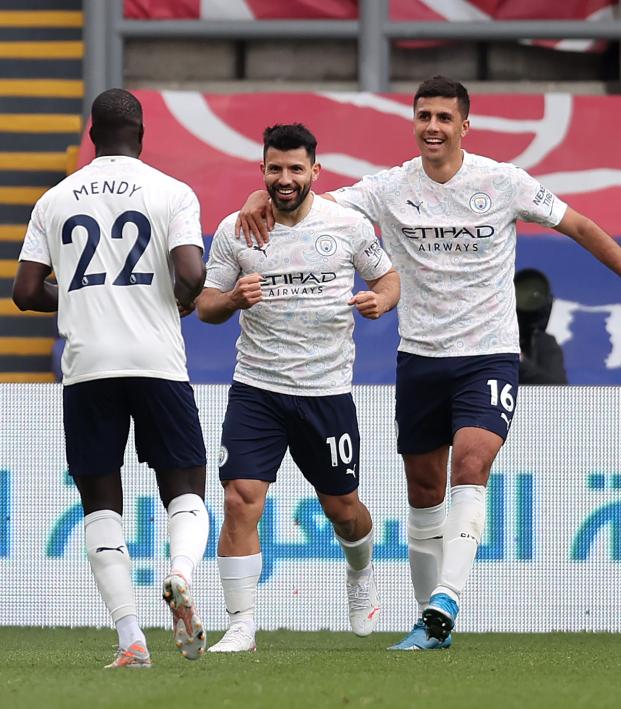 Reuters May 1, 2021
The Man City boss spoke lovingly about his rarely used striker.

LONDON — Sergio Agüero's glittering Manchester City career is in its final weeks but the 32-year-old Argentine provided evidence of just how much he will be missed on Saturday.

Injury, illness and manager Pep Guardiola's preference for a line-up featuring no orthodox striker have limited Agüero's appearances in his final season, a decade after joining.

But given a rare start at Crystal Palace he produced a stunning strike to send City on their way to a 2-0 win and to the brink of a fifth Premier League title in 10 seasons.

Agüero has been integral in the other four, and while his fifth will have been limited to cameo roles, he remains a player who will attract interest from around the world.

Guardiola was generous in his praise for City's all-time leading scorer after he took his Premier League tally for the club to 182 goals in 273 appearances.

"What a goal. What an action. What a player. What a man, we are delighted he is back," Guardiola said.

"We will enjoy the last games with him. He showed with the goal what he is. I am in love with him as a person.

"He is an incredible guy. We haven't been able to use him many times, but maybe we got him back at the right time. He knows he has a special quality."

City's 11th successive Premier League away win was all too easy, even if they took a while to hit their attacking stride.

Agüero broke the deadlock just before the hour mark, smashing a half-volley into the net after a sublime touch. Ferran Torres then made it 2-0 a minute later.

Should Manchester United lose to Liverpool on Sunday the Champagne will be uncorked at the Etihad but if not they will claim the title with two more points from four games.

"Tomorrow I will take a look (at the Manchester United game). It's in our hands -- four games, one victory and we will be champions. I'm really impressed by the way we've done this Premier League. We are close."