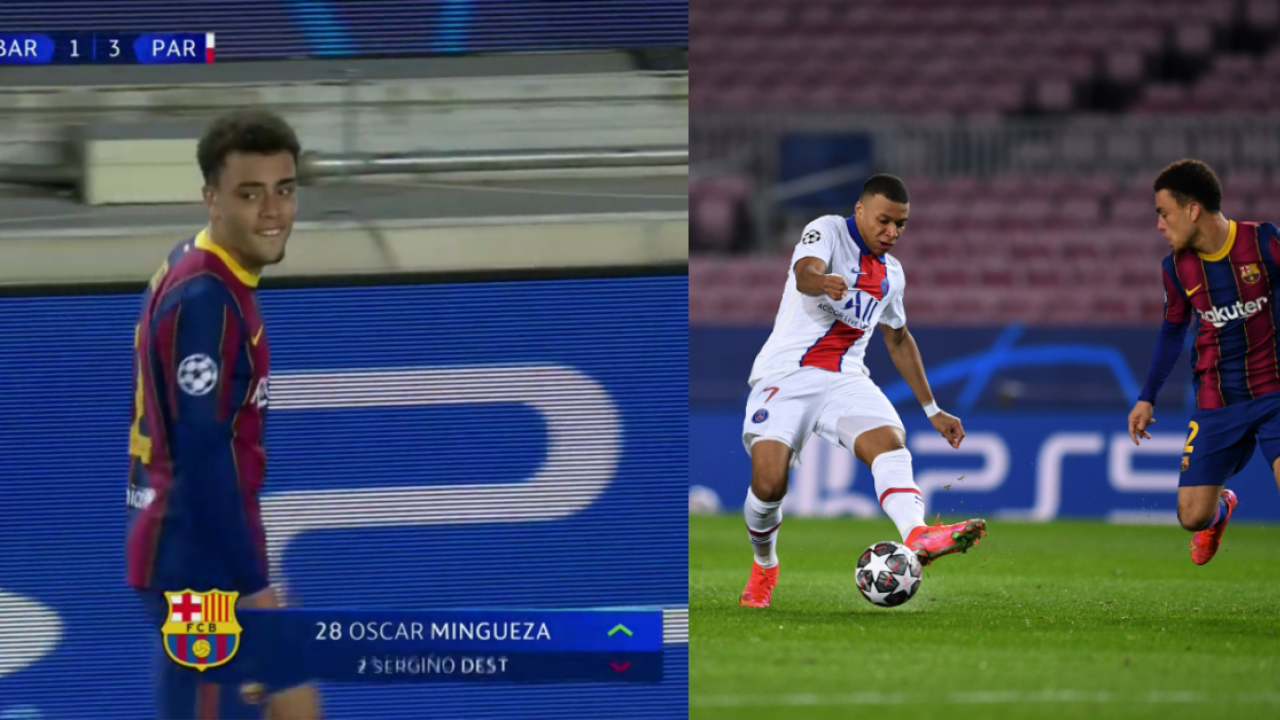 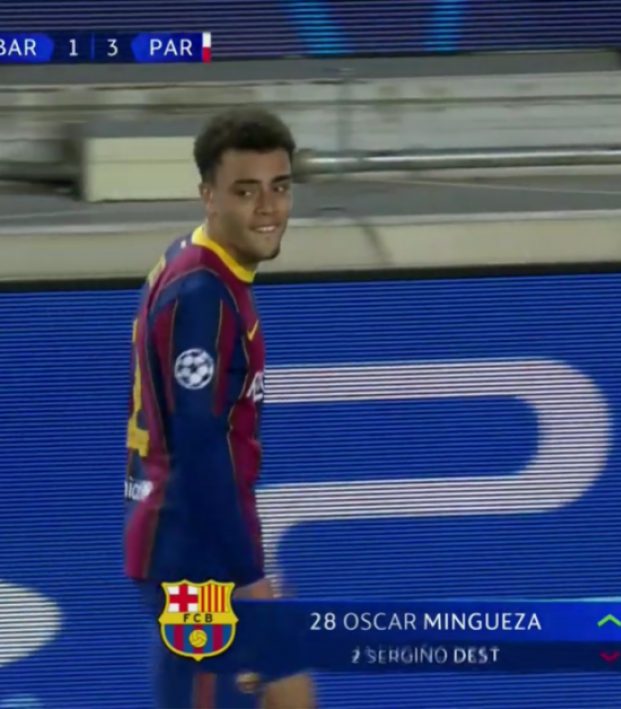 Travis Yoesting February 16, 2021
Dest wasn’t entirely to blame for Barcelona’s capitulation, but he didn’t do himself any favors.

I can’t think of a more terrifying proposition in football than lining up as a right back against Kylian Mbappé. Sergiño Dest found out just how quickly things can turn as the young American was subbed out after Barcelona conceded three straight goals in a 4-1 defeat to PSG on Tuesday.

Dest left the pitch looking to be on the verge of tears after PSG scored the third goal in the first leg of the Champions League Round of 16. Though he started well, he was pulled in favor of more attacking options after the Barça defense had no answer to Mbappé, who finished with a sparkling hat trick in one of the greatest Champions League performances ever at the Camp Nou.

With Neymar out injured, much to the chagrin of Chad Ochocinco, PSG’s entire offense went through Mbappé, the 22-year-old World Cup winner. Though he drifted around the entire pitch, Mbappé found himself on the left wing most of the night, opposite the 20-year-old American.

For a while, Dest and the Barcelona defense fared well enough against PSG. Dest halted a handful of Mbappé runs, keeping up with the Frenchman’s pace and preventing him from getting in behind Barça’s slower center backs. For a while it looked like Dest could contain Mbappé.

The match shifted, however, when Dest was slow to get out to Layvin Kurzawa before becoming a bystander as Mbappé scored his first goal, which quickly canceled out Lionel Messi’s opener.

As the Barcelona midfield tired and the pressure mounted in the second half, Ronald Koeman’s charges capitulated, Dest included.

The American kept Alessandro Florenzi onside (just barely) and then lost track of Mbappé as PSG took its first lead 15 minutes into the second half. There was plenty of blame to go around on the goal, and I don’t think Dest can shoulder much of it.

Kylian Mbappe putting on a show at Camp Nou pic.twitter.com/iIfnk2UJnF

Mbappé was flying at this point and a couple minutes later he zipped past Dest only to be denied by Marc-André ter Stegen’s shin.

PSG found the back of the net anyway a moment later when Moise Keane was left wide open at the back post on a free kick. It was a clear sign that Koeman may have been a great defender in his day, but that doesn’t mean his teams can defend well. (Dest was blameless on the goal, at least.)

After the third goal, Koeman replaced Dest with Óscar Mingueza. The American was understandably and visibly upset at coming off. 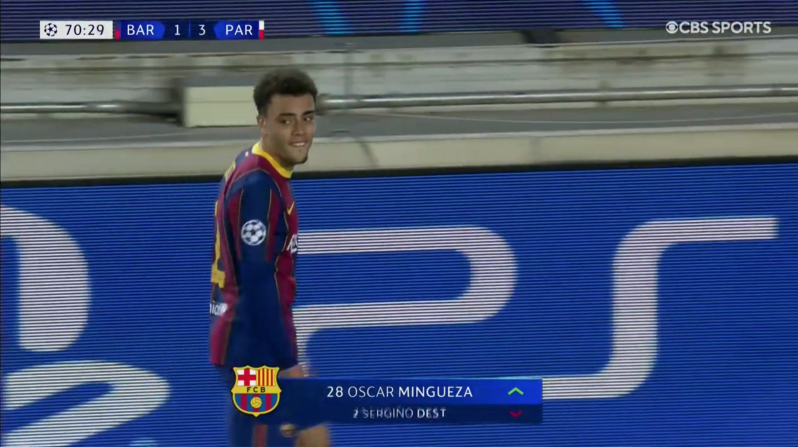 Unfortunately for Dest’s teammates, things didn’t improve when he left the field. Mbappé completed his hat trick in stunning style in the 85th minute, given even more freedom without Dest to track his runs.

The reality is, Mbappé probably could have scored a few more if not for Dest. It’s not like his other teammates did anything to slow the Frenchman down. It was just Mbappé’s night.

A 4-1 home defeat is pretty disastrous for Barcelona, its defensive fragilities exploited by one of the best attackers in the game. Dest had a few moments he can be proud of, but the entire defense was laid to waste.

Short of a remarkable comeback like the 6-1 Barça pulled off four years ago, it’s hard to imagine Messi finishing what could be his final season with the club by winning any sort of trophy.