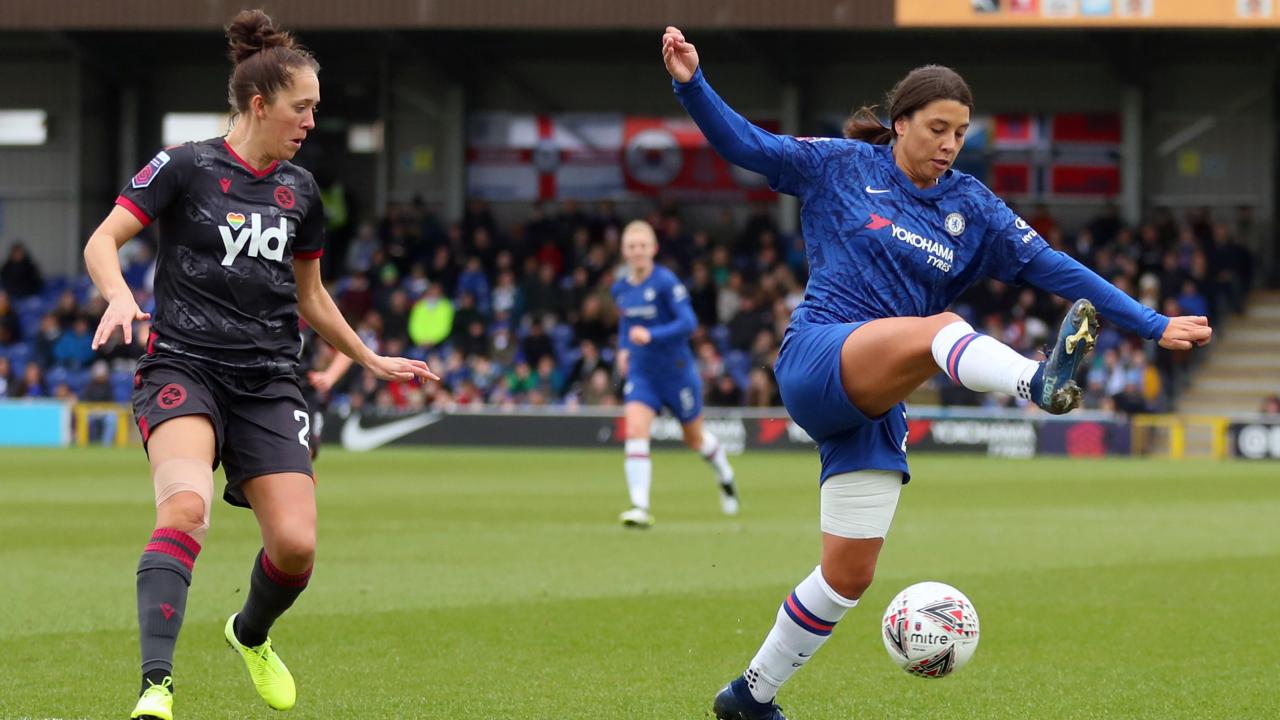 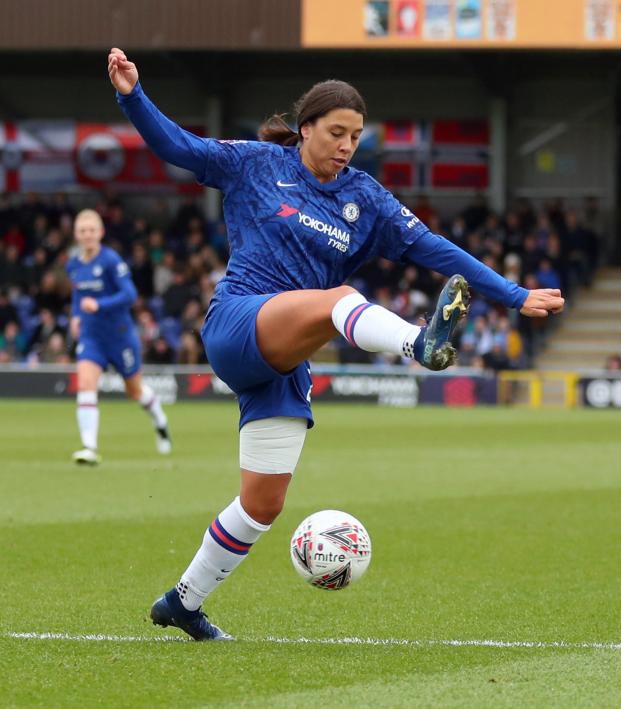 Sam Kerr Arrives In England With A Glorious Backheel Assist

Australian tour de force Sam Kerr made her highly anticipated Women’s Super League debut for Chelsea on Sunday and provided an assist in the club’s 3-1 victory over Reading at Kingsmeadow in London.

A forward pairing of Kerr and Bethany England looked terrifying on paper ahead of the former Chicago Red Star striker’s first appearance, and that certainly proved the case on Chelsea’s opening goal in the 40th minute.

With Chelsea on the attack, England played the ball through a defender’s legs and into the feet of Kerr, who responded with a brilliant backheel to send England clear on goal. The WSL has been warned.

Neat, clever build-up play with a finish to match! pic.twitter.com/p5llWcupqE

Kerr was also heavily involved in Chelsea’s second. A fantastic save from Rachael Laws initially denied Kerr her first goal for the Blues, but the rebound was expertly volleyed home by Guro Reiten from the edge of the area.

The wee Scot @erincuthbert_ makes no mistake finding the back of the net for @ChelseaFCW's 3rd pic.twitter.com/2vhKtb6m7m

The victory keeps Chelsea in third although they have a game in hand on both first place Arsenal and second place Manchester City. But Arsenal’s playing some incredible football of late, and Leah Williamson and Jordan Nobbs combined for another remarkable Gunners goal today.