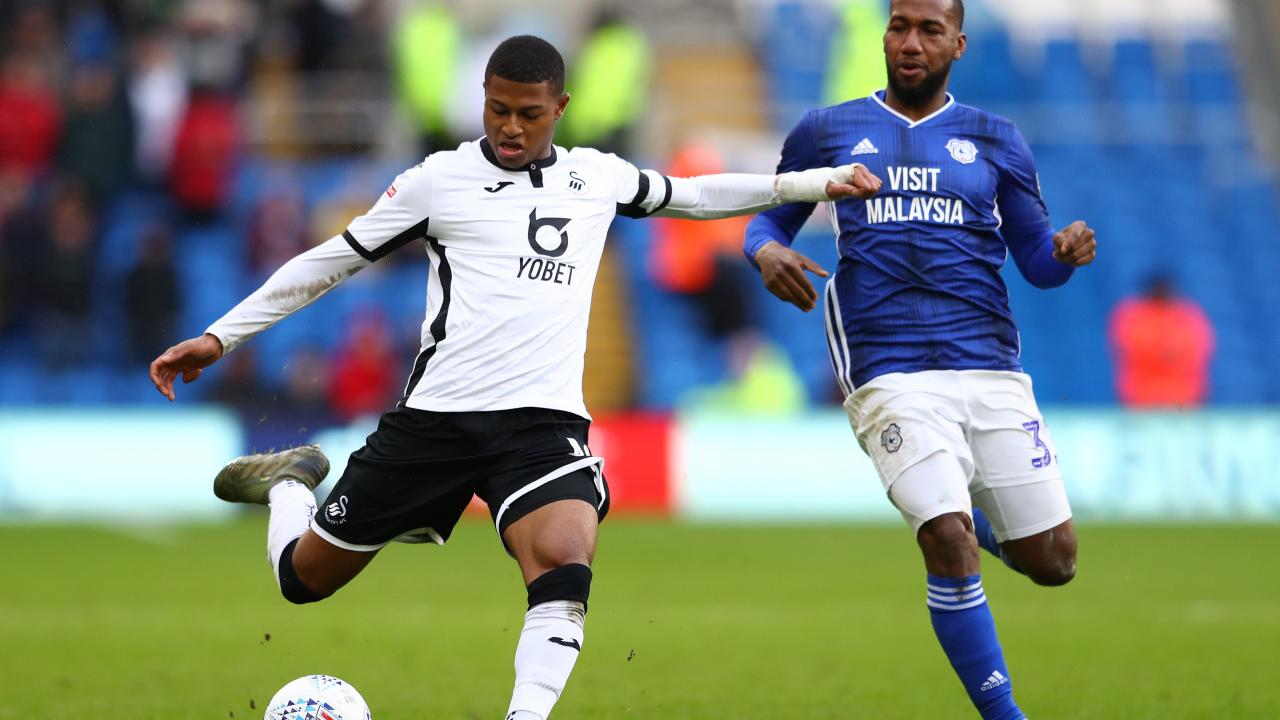 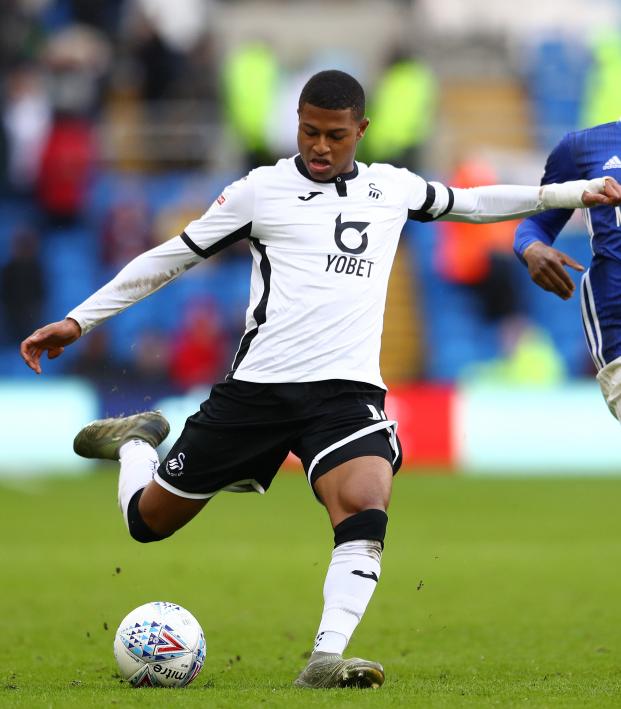 Nick Rumpf January 19, 2020
The Liverpool loanee scored his first professional goal in a 2-1 victory over Wigan in the Championship.

Rhian Brewster wasted little time in scoring on his home debut for Swansea, striking in the 19th minute to bring the Swans level with Wigan at 1-1. The 19-year-old did well to sense an opportunity and made a perfectly timed run onto fellow loanee Conor Gallagher's slip pass into the box, burying his shot in the lower right corner for his first senior goal.

He was named Swansea fans' Man of the Match for his performance in the 2-1 victory over Wigan which saw the Swans move up to fifth place in the Championship.

He’s the first player born this century to score a league goal for Swansea!

The Liverpool loanee is off the mark. How many will he get this season?#Swans | #LFC | @RhianBrewster9 pic.twitter.com/1twaqwh9PT

The 19-year-old made his first appearance since joining on loan from Liverpool last week against Cardiff in a hard-fought scoreless draw which often saw him starved of service.

Brewster has been made to wait a long time for his first professional goal after suffering an ankle injury which sidelined him for over a year. Jurgen Klopp wanted to keep Brewster with the squad heading into the season to benefit from training with the first team and to hopefully get some playing time in the cup competitions. Things did not quite go according to plan as Brewster saw just under 200 minutes of action with the Reds before heading out on loan.

The lack of playing time is not a reflection of how Brewster is regarded at Anfield though, as it has also been difficult for more established players like Divock Origi and Xherdan Shaqiri to break into Liverpool's high-flying front three.

Liverpool coach Pep Lijnders recently heaped praise on Brewster, saying, "He had a long injury, it was not that easy for him. But he has goals in him, he has technique, good physically. He is a complete striker, a typical nine who can come first post, score with his head, turn in the box, play one-on-one, can score a scruffy goal as well, unbelievable shot. And a good boy. But let's see."

He has always been thought of highly since arriving from Chelsea's youth setup in 2016. Brewster was outstanding in England's run to the U-17 World Cup title, bringing home the Golden Boot after scoring eight goals, including the opener in the 5-2 final victory over Spain. Liverpool have had to fend off suitors for its prized talent, even canceling a planned pre-season friendly with Bundesliga side Borussia Monchengladbach after what they allege was an illegal approach for Brewster by the Germans.

Shortly after that, he signed a long-term contract with Liverpool and was promoted permanently to the first team ahead of the 2018-19 season. Brewster has linked up with his former England U-17 coach Steve Cooper in South Wales and restated his long-term desire to break into the Liverpool side ahead of his loan move, which Klopp sanctioned by saying it was the right decision at the moment for him to get some valuable playing time.