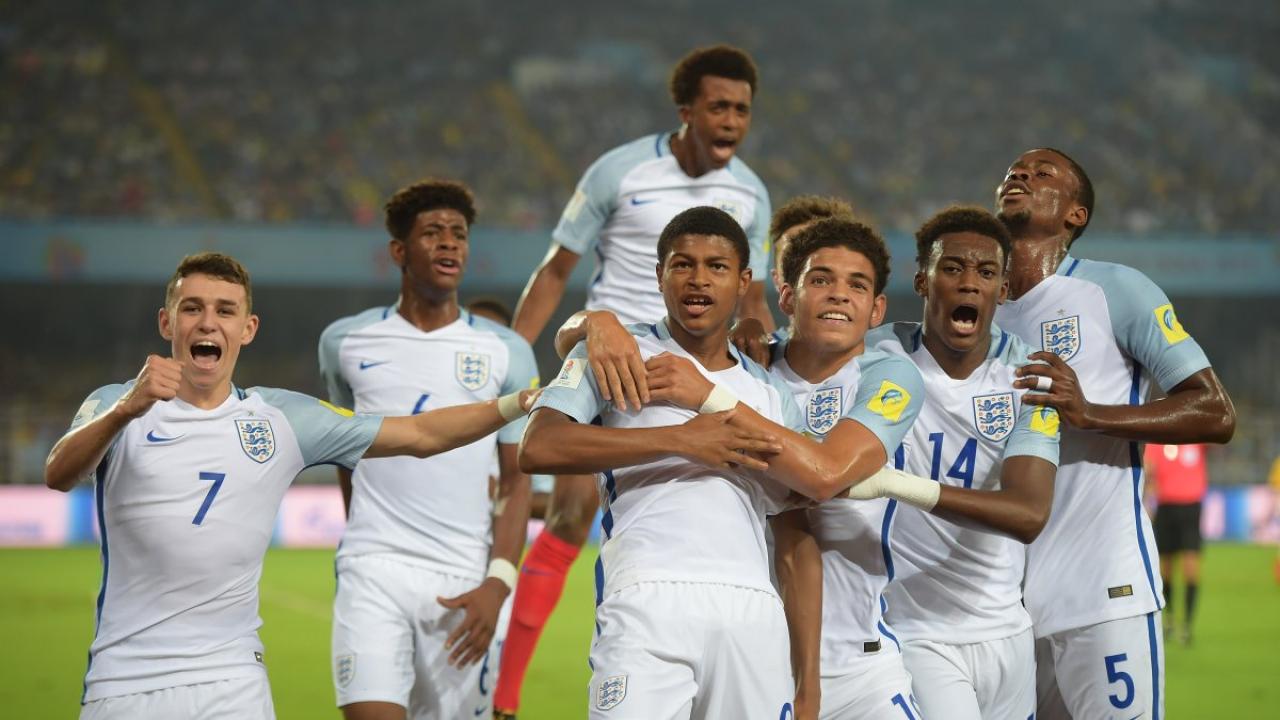 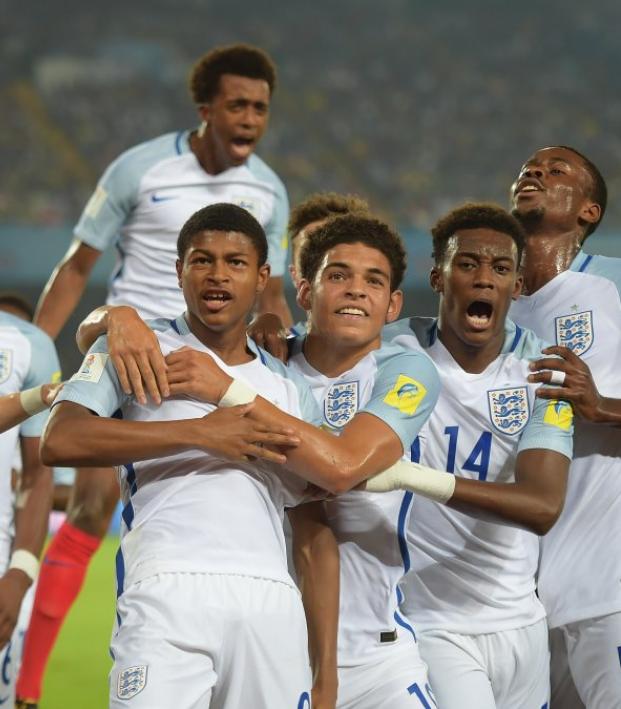 Make it back-to-back hat-tricks for 17-year-old Liverpool talent Rhian Brewster at the 2017 FIFA U-17 World Cup in India. After hitting the United States for three in England’s 4-1 victory in the quarterfinals, the London-born striker again found the back of the net thrice, this time in the Three Lions’ 3-1 victory over Brazil in the semifinals.

Brewster, who scored on his Liverpool U-23 debut back in January, now leads the tournament’s Golden Boot race with seven goals. He also bravely struck the first penalty in England’s Round of 16 shootout triumph over Japan.

63,881 were in attendance at Salt Lake Stadium in Kolkata to watch these two powerhouses of international football vie for a place in Sunday’s final. Brewster opened the scoring in the 10th minute after a sustained period of English pressure.

Wesley, a 17-year-old right back for Flamengo, equalized for Brazil in the 21st minute. But Brewster grabbed his brace and put England back in front only 18 minutes later.

Rhian Brewster then completed his hat-trick in the 77th minute with some more clever movement inside the box.

England now await the winner of today’s later match between Mali and Spain. England’s fine performance at the U-17 World Cup continues a ridiculously impressive spell for England’s youth football teams over the past year.

With those results in mind, it appears as though England have another golden generation on the rise.