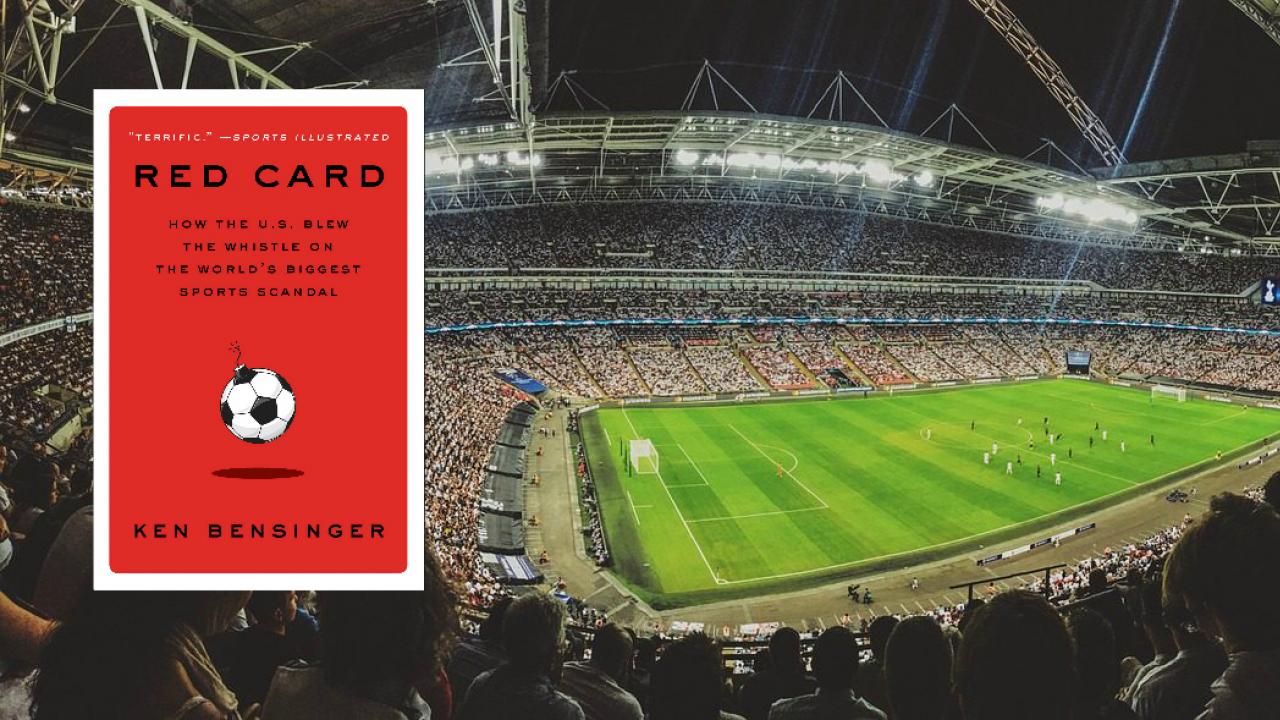 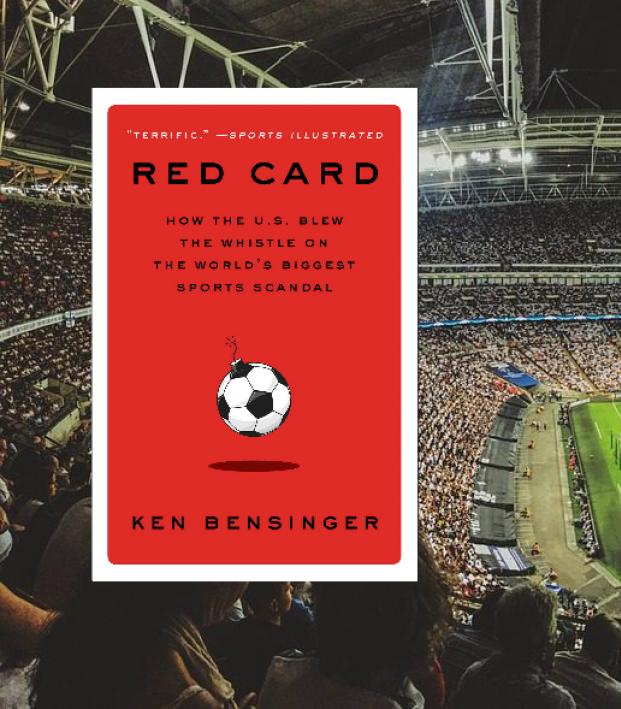 Spencer Jackman July 30, 2018
The18 spoke with Bensinger about his new book "Red Card." It details the U.S. investigation that brought down FIFA's top executives, but the book is equally adept at explaining how corruption in soccer evolved and could continue to be a threat to the sport.

What's clear in Ken Bensinger's "Red Card" book is that corruption was ubiquitous in soccer long before news of the FIFA scandal made headlines. That won't surprise many fans, but the details of how U.S. law enforcement broke open its case against FIFA and the extent of the organization's corruption are incredibly revealing.

That detail is what makes Bensinger's "Red Card" book stand out from other accounts of FIFA corruption. You'll learn why a Brazilian sports marketing executive forfeited $151,713,807.43 to the U.S. government. You'll also learn how that forfeiture might never have happened had it not been for one careless checking deposit by former CONCACAF general secretary Chuck Blazer.

For years corruption in soccer steered clear of legal authorities with clever financial maneuvering. Third party intermediaries transferred money through shell companies that left no trace of the original source of the funds. But a team of persistent IRS and FBI agents found a crack in FIFA's shield. And with equal parts persistence and caution, that team slowly discovered the extent of the money laundering, bribes, fraud and corruption that infested the sport for decades.

"Red Card" is essential reading for anyone who wants to understand why FIFA evolved into such a dirty enterprise. It's a blow-by-blow, payment-by-payment account of how greed and a sense of invincibility corrupted soccer's leaders.

The18 spoke with Bensinger about "Red Card," the current state of FIFA and if there is actually any chance that Qatar will lose the rights to host the 2022 World Cup.

The18: Is FIFA clean now? Is the corruption getting worse? Or is it not clean yet but on the right track?

Ken Bensinger: Not clean yet but on the right track might be the best way to describe it. What the U.S. criminal investigation has done is clean out a lot of the real rot in the sport. In general there is a corrupt culture in the sport that extends down deep into the game.

Cleaning out the worst actors is helpful, but it comes down to trying to get FIFA to accept a more transparent way of doing business and understanding that openness and transparency will ultimately be good for the game.

The18: Was the increase in marketing opportunities related to TV rights what first caused widespread corruption in soccer?

KB: There’s no question that TV played a role, but I don’t think it was the first thing. Before TV was a huge source of income, sponsorship was.

When João Havelange was elected FIFA president in 1974, he came into an organization that had no money. He had made big promises to democratize the sport, but he didn’t have the resources to make that come true.

Havelange quickly linked up with some guys who got him sponsorship dollars. They had this innovative idea of bringing in massive corporate brands as long-term, exclusive sponsors to FIFA. Coca-Cola was the very first when it sponsored FIFA for the 1978 World Cup.

The18: Do you think the FIFA scandal serves as a precursor to similar corruption scandals we will see in other sports leagues?

KB: I think in U.S. leagues the problem is not as bad. One of the reasons international soccer is so problematic is because most of the organizations are formed as non-profits. There aren’t financial incentives to be profitable, but there’s every incentive to take money under the table.

If you’re the president of a soccer federation, you don’t get a bonus for bigger TV contracts the way you would in a pro sports league that’s for-profit.

The18: Without FIFA adopting a for-profit model, what gives you faith that FIFA will have better governance going forward?

KB: There have been reforms in the governance in FIFA. They’ve changed the composition of certain committees. They have a woman serving as general secretary (Fatma Samoura). They’ve changed the voting for World Cup hosting to include all members of the FIFA Congress, not just those from the FIFA Executive Committee.

Where FIFA is lacking is that you still have a system where each individual federation has the same power. Some of these federations are really not serious football countries. So you have to question what their motivations are when they make decisions.

The18: In “Red Card” you make it clear that Jack Warner’s election as CONCACAF president was due to his support from Caribbean federations, which made up two-thirds of CONCACAF’s voting members. You also revealed that the tiny island nation of Montserrat received more money than Mexico from FIFA’s Goal Program. Is there talk within FIFA of changing the one vote per country structure?

KB: I think that voting structure is the root of a lot of problems in FIFA. Jack Warner would not have been in power if he hadn’t been able to marshal the Caribbean vote. But I haven’t heard any talk of FIFA changing that structure. If anything, Infantino has promised more money to the federations.

The18: Do you think it’s possible that Qatar could lose its hosting rights to the 2022 World Cup?

KB: Nothing is impossible, especially with FIFA. My sense is that there is not a lot of will within FIFA to strip it away from Qatar. I think we saw a statement of intent from FIFA that 2022 isn’t going anywhere when it awarded the 2026 World Cup to the U.S., Canada and Mexico.

Finally, since all contracts for the 2022 bid were signed in Switzerland under Swiss law, the Swiss Attorney General could take the World Cup away from Qatar if they found fraud or some other irregularity. I wouldn’t bet on it, but it could happen.