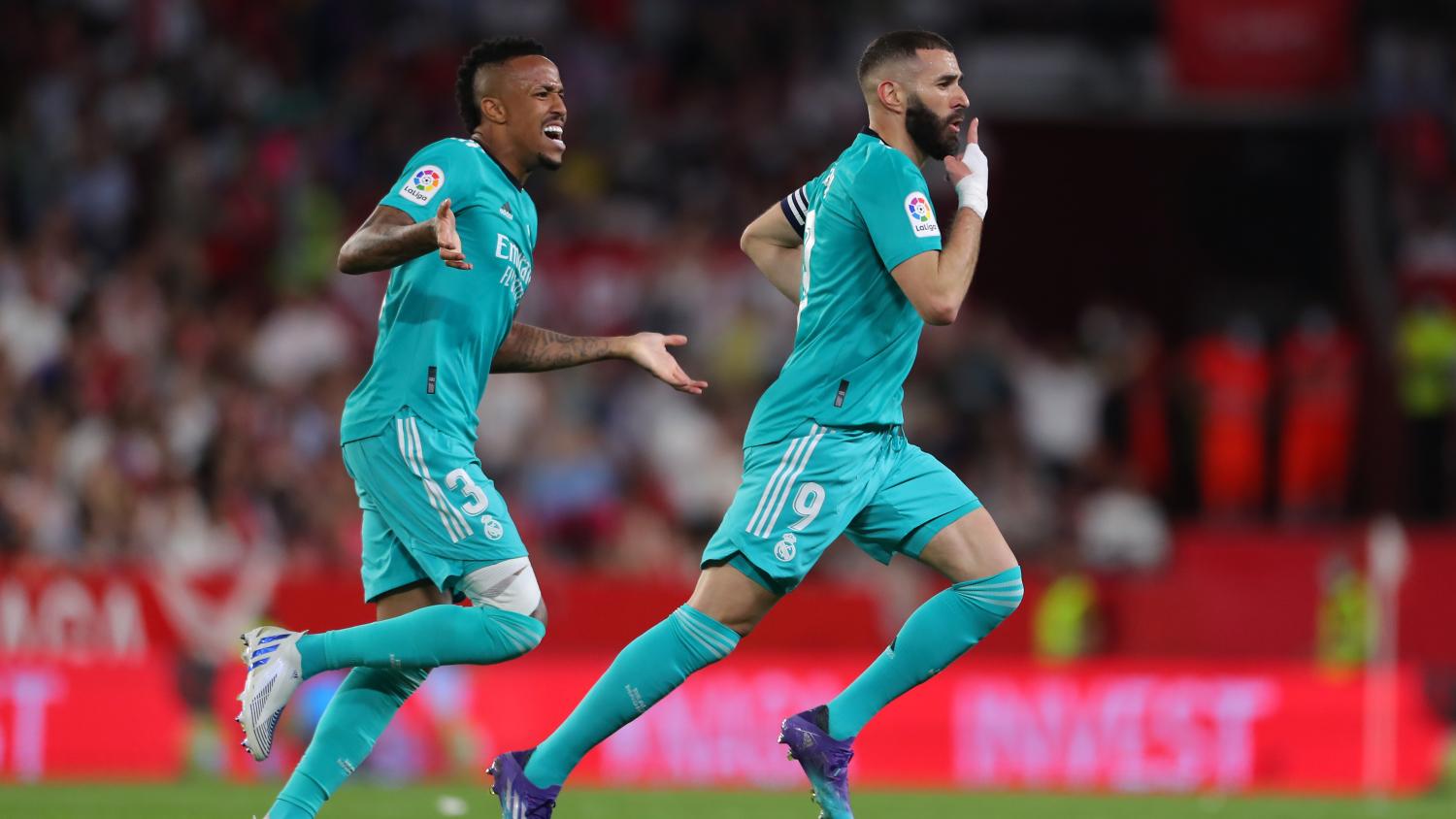 The LaLiga title belongs to Real Madrid at this point.
Getty Images

MADRID - Real Madrid's Karim Benzema struck an added time winner as the visitors recovered from two goals down to beat title rivals Sevilla 3-2 in a thrilling LaLiga clash on Sunday that took Carlo Ancelotti's side a step closer to winning the title.

The victory means Real now have a 15-point lead at the top over second-placed Barcelona, who have two games in hand, and Sevilla in third with six rounds of matches remaining.

WHO ELSE BUT KING BENZEMA!!

MADRID STORM BACK FROM 2-0 DOWN TO TIE IT! pic.twitter.com/hPgqUjCPet

Rodrygo gets Madrid back in the match! pic.twitter.com/vnRxaZqjSE