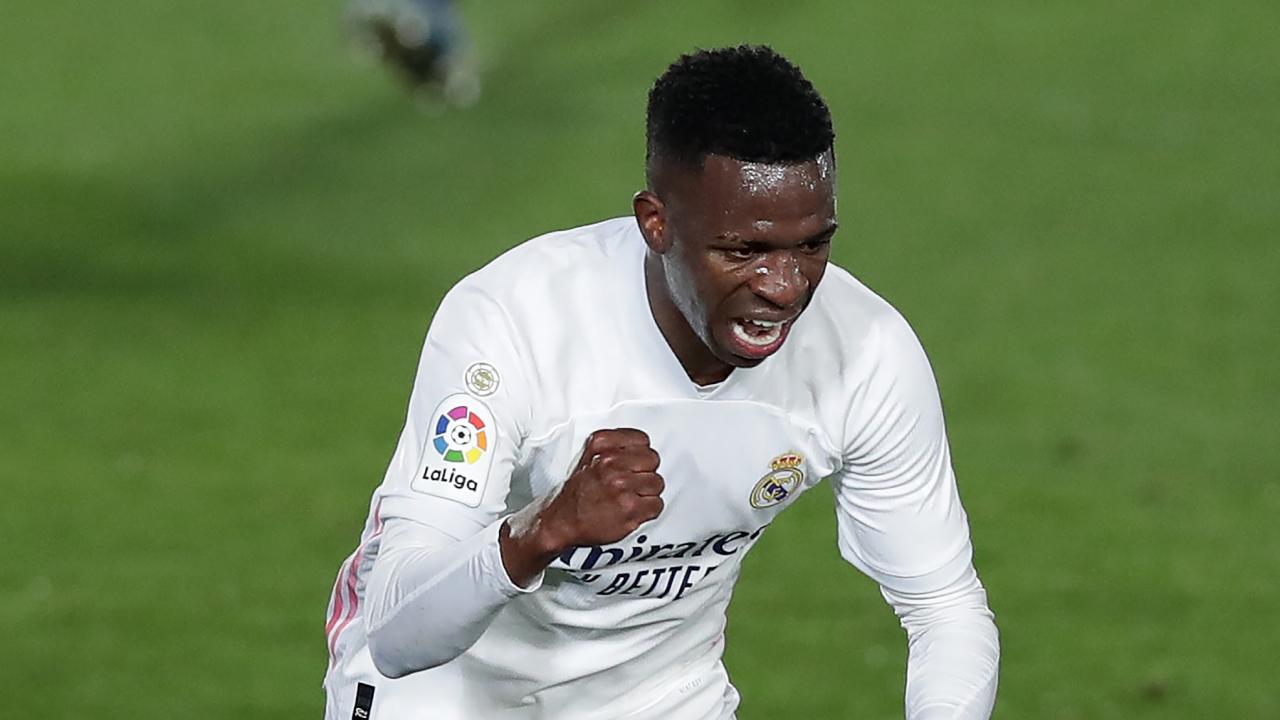 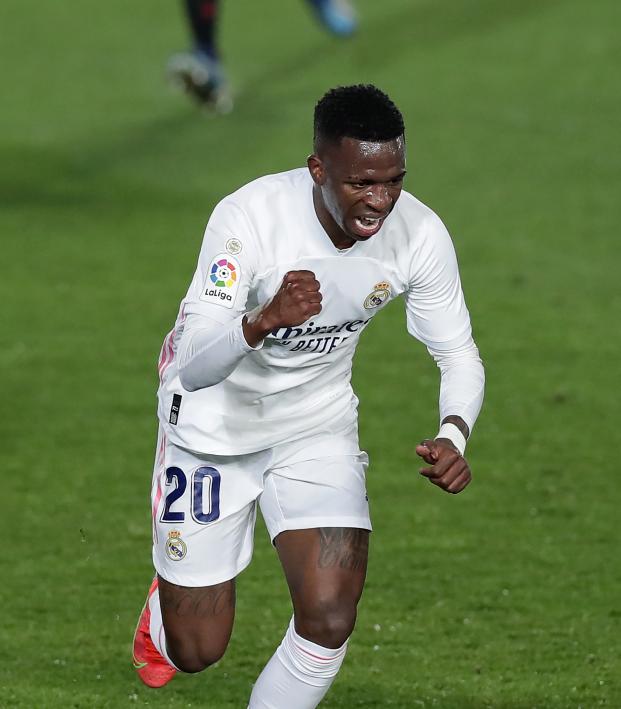 Connor Fleming March 1, 2021
Vinícius Júnior was the hero for Los Blancos in a 1-1 draw with Real Sociedad.

With Sunday’s Madrid Derby now on the horizon, Real Madrid missed a massive opportunity to ratchet up the pressure on Atlético by slipping to a 1-1 draw with Real Sociedad at Estadio Alfredo Di Stéfano on Monday night.

Real clearly felt the absence of Karim Benzema up top — along with the continued unavailability of Sergio Ramos, Eden Hazard, Dani Carvajal and Éder Militão — and today’s starting front three of Marco Asensio, Mariano and Isco was hooked en masse in the 61st minute after Portu had put Sociedad up 1-0 in the 55th.

The goal was a thing of beauty. Nacho Monreal’s cross was driven on a rope to Portu, allowing the forward to generate enough power to send a thumping header back across goal and crossbar down.

Real delivered moments of class and quality in the midfield and when transitioning into attack — as you’d expect from Luka Modrić, Toni Kroos, Asensio and Isco — but things continuously broke down in the final third.

However, Zinedine Zidane's introduction of Vinícius Júnior did the trick. His first action was getting Andoni Gorosabel booked in comical fashion.

That's ONE way to stop a speedster ⚡️ #RealMadridRealSociedad pic.twitter.com/n3HpmdIzFC

His next was the equalizer in the 89th minute. Lucas Vázquez played a one-two with Federico Valverde, who kept the fullback moving with a clever backheel. Vázquez’s cutback somehow made it through to Vinícius without a touch, and the 20-year-old Brazilian kept his cool to swivel and put his effort on frame.

Victory would’ve cut Atlético’s lead at the top to just three points before Sunday’s massive derby, but it's still a three-horse race in LaLiga.

The current top five of the table.