With a Real Captain At The Helm, A Multicultural USMNT Will Always Be Stronger 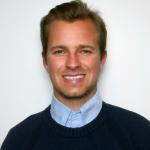 Ryan Huettel February 1, 2017
With the recent comments from Tim Howard regarding dual-nationals, Michael Bradley's criticism of nativist politics marks him as the true captain of a multicultural USMNT.

Prior to Sunday’s match against Serbia, much of the coverage centered on the idea of dual-national American players. It’s not a new concept. The United States has been fielding dual nationals since US Soccer was founded.

The architect behind arguably the greatest upset in USMNT history, Joe Gatjaens, was born in Haiti before he famously struck down England in the 1950 World Cup. Legends like Preki, Thomas Dooley and Tab Ramos were all born abroad. In his past tenure as US manager, Bruce Arena fielded the foreign born stars Earnie Stewart (Netherlands) and Pablo Mastroeni (Argentina).

So why is this still an issue?

Partly because Bruce Arena is back in charge. In 2013, the now-manager told ESPN that, “Players on the [national] team should be American . . . If they’re born in other countries, we aren’t making progress.”

Although he’s since backtracked, other prominent figures have stepped up in his place. Former women’s player Abby Wambach told columnist Bill Simmons that potential USMNT players should be screened to evaluate “how much they love their country.” The discussion really kicked into overdrive when the respected goalkeeper Tim Howard chimed in, “I think it slips away because you bring in . . . Jurgen Klinsmann had a project to unearth talent around the world that had American roots. But having American roots doesn’t mean you are passionate about playing for that country.”

All are problematic statements. First and foremost, there is no barometer of "heart". You can’t go to FIFA.com and look at the all-time Passion leaders. Yes, Jermaine Jones runs around a lot and wins tackles, but does that mean he cares more about his country than the controlled Darlington Nagbe?

And to be honest, I don’t care. Patriotism doesn’t put the ball in the net.

If a player chooses to play for the US, he is American. Case closed.

Yet some players and fans continue to blame the problems of the team on dual-nationals.

Why? Because we have leaders that continue to espouse xenophobic ideals, enabling Americans to feel emboldened along the same lines.

This Satuday, an exectutive order was issued that banned a select group of people from enterin the United States. Even if the order does not directly affect any USMNT athletes, it would be naïve to imagine isolationist policies will not impact the dual-nationals already in the country.

More than anything, it has the design of a nation regressing into nativism rather than continuing to look outward, an American ideal that the USMNT has always embodied.

In response to the order, Captain Michael Bradley issued this statement on Instagram, “When he was elected, I only hoped that the President Trump would be different than the campaigner Trump. That the xenophobic, misogynistic and narcissistic rhetoric would be replaced with a more humble and measured approach to leading our country...And the Muslim ban is just the latest example of someone who couldn’t be more out of touch with our country and the right way to move forward.”

It doesn’t matter if you agree with Bradley. Some don’t.

But for those arguing that Michael Bradley should stick to the game, he is.

Captains can’t pick and choose who they want to lead. They take what’s given, and make the best of it.

Michael Bradley is defending his players. Not just the ones born in the United States.

It’s what real leaders do.

During last summer’s Copa America roster, 17 out of the 23 American players held more than one passport. Sons of servicemen, children and grandchildren of immigrants, the team had a distinctly American flavor on the field. It was a mixture of players that didn’t look like each other. They didn’t sound like each other. And they certainly didn’t play like one another.

But once they stepped onto the field, they played together. That’s what it means to be an American.

Maybe we should all take notes.